Chopperfest in Ventura, California, took place on December 14th and was a massive success! This year, Russ Brown Motorcycle Attorneys® were the title sponsor for the festival at Ventura County Fairgrounds, proud to support a motorcycle show of the people! With humble beginnings, the show has grown a huge amount in the eleven years since launch.
There were tons of reasons to attend the festival! General public admission was $15, $10 with a military ID, and kids. Competitors paid just $40 to show their builds, entering them in the running for Geico’s $2,500 first place prize. There were hundreds and hundreds of bikes in the fairground parking lot outside the show, a spectacle all of its own. Like the beautiful red and gold Indian Larry harley chopper with tasteful flame custom touches below. Just a few hundred feet inside the gates you were greeted by our lovely BAM girls and the Russ Brown Booth set up with free stickers galore! Hundreds of attendees swung by to chat with us and learn about our BAM Rider Assistance program, signing up and getting their membership cards. Just to the right were signs pointing to the David Mann Chopperfest Art Show inside the exhibit hall. One of a kind pieces from world renowned artists were on display, including this amazing wooden bicycle (at least 95% wood alone)! Don’t miss Mad Max’s appearance in the background of the photo. 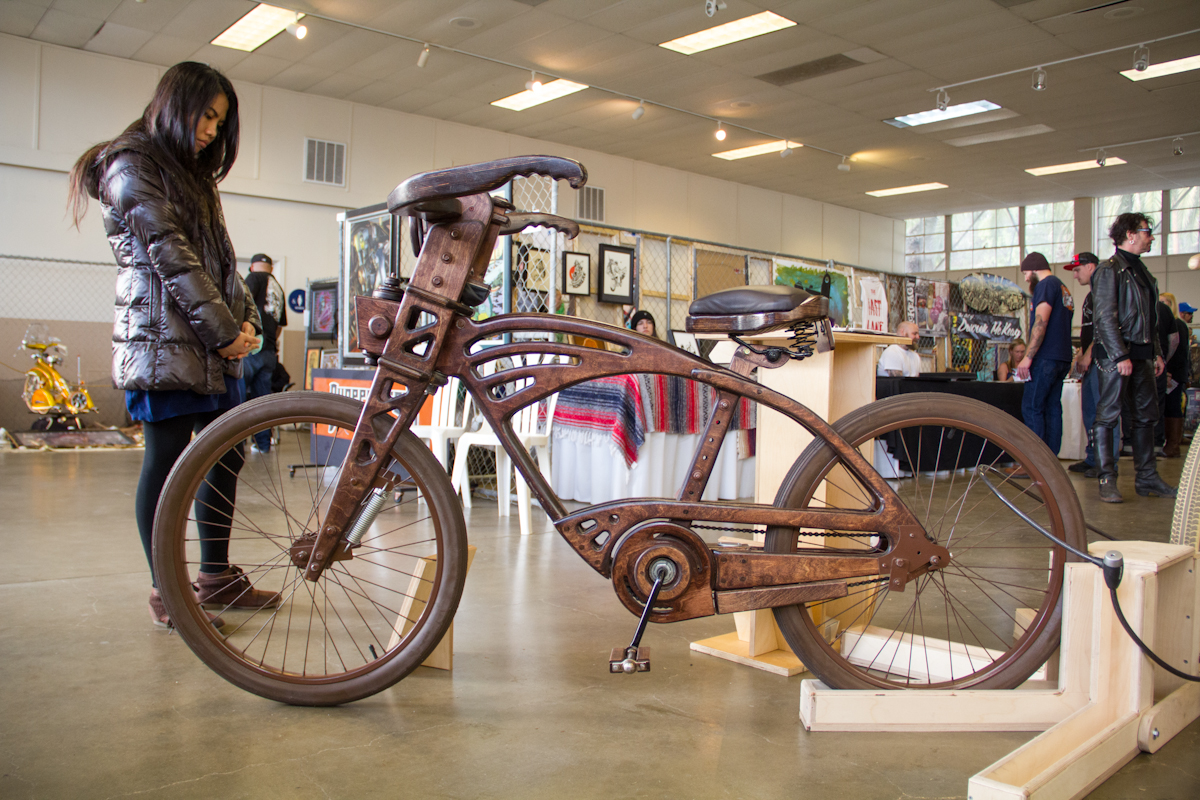 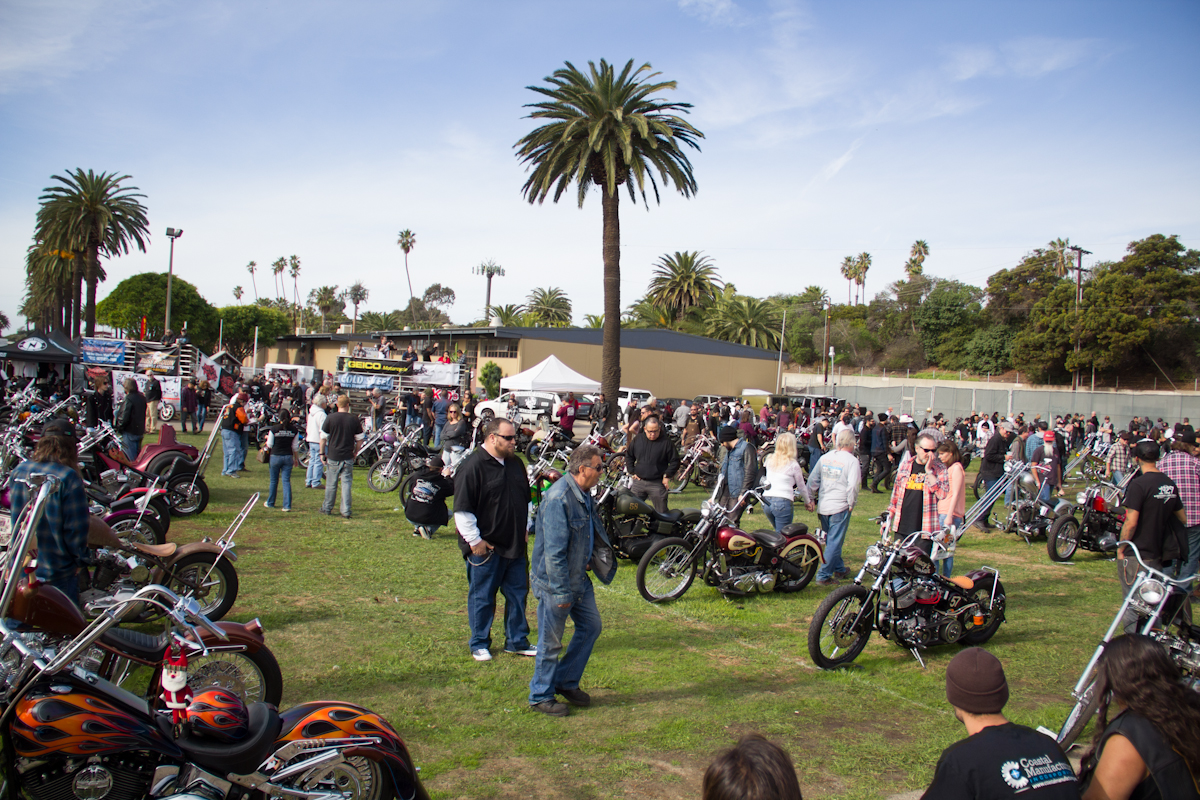 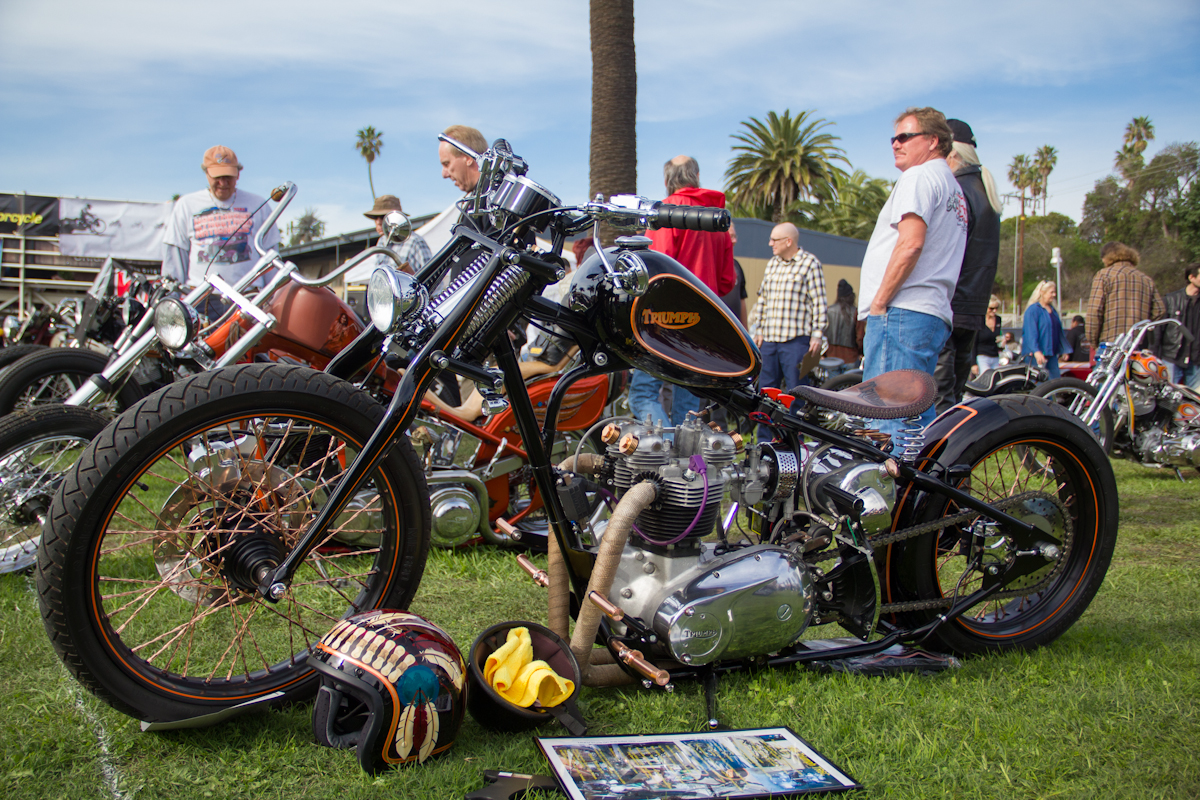 The awards ceremony took place just after 4p, where trophies created by Sonny Boy in Los Angeles were given to the first place winners of each class. And of course, a Geico Gecko handed over the giant $2,500 check to the overall first place winner.