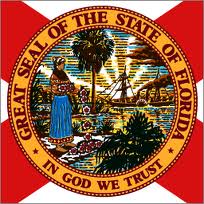 Florida Motorcycle Accident Injury Attorneys: Jury Award for Widow and Family of Florida Motorcyclist Killed by Elderly Driver
As reported recently in a Naples News story, a jury in Collier County has awarded the sum of $5.34 million to the widow and children of a Florida motorcyclist killed on May 17th, 2009. The fatal motorcycling accident occurred when an elderly driver apparently fell asleep and crossed into the opposing lane, striking and killing the 49-year-old Immigration and Customs Enforcement (ICE) officer from Miami.
The victim and his wife were riding separate motorcycles in file when the 77-year-old motorist suddenly swerved his Jeep without braking. According to witnesses, the driver collided head-on with the victim and seriously injured the victim’s wife, who was following behind her husband.
Witnesses to the accident described a scene of horror: at autopsy the victim’s internal organs were said to be “pulpified.” During legal proceedings, the elderly driver was fined the maximum $2,000 under Florida law, and his license was suspended for one year.
More elderly drivers are on the road—and with deadly consequences
According to the National Highway Traffic Safety Administration (NHTSA), in 2008, the latest year for reliable statistics, the elderly accounted for at least 15% of all traffic deaths and at least 18% of all pedestrian deaths. Worryingly, the number of licensed elderly drivers rose dramatically from 1997 to 2007, gaining 19%, even though the total number of licensed drivers rose by only 13% during that same period. It seems clear that more elderly drivers are sharing the road with motorcycles, sometimes with deadly consequences for motorcyclists.
Fortunately, as the jury’s award in this case demonstrates, families are entitled to relief when the negligence of an elderly motorist causes the death of a loved one. If you or a family member has been hurt in a Florida motorcycle, it is important to contact an experienced Florida motorcycle accident injury attorneys to help your entire family receive the relief you deserve. Call 1-800-4-BIKERS and get a free consultation from a top motorcycle accident lawyer in Florida today!