Frank Pastore was a native of Alhambra, California and a graduate of Damien High School, getting his diploma from the La Verne, California school in 1975. The same year he was drafted by the Cincinnati Reds in round two of the amateur baseball draft.
Pastore made his debut in Major League Baseball on April 4, 1979 at the iconic Riverfront Stadium in Cincinnati, Ohio in a losing battle to the San Francisco Giants. He pitched three scoreless innings though and earned a spot on the reliever rotation for the remainder of the season. The following year saw him move up to the starting rotation. Over the next seven years, all but one with the Reds, he recorded a 48-58 win-loss record with a 4.29 ERA and 541 strikeouts. His last season was spent with the Minnesota Twins in 1986.
After his career in baseball was over, he spent some time focusing on his education; earning degrees in theology, business administration. He studied American government, philosophy of religion, ethics and political theory. He even wrote a book titled “Shattered: Struck Down, But Not Destroyed.”, published by Tyndale House and supported by their Focus on the Family program. 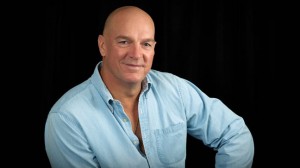 Mr. Pastore began radio broadcasting with Los Angeles, California based Christian radio station KKLA in 2004, hosting his own show, “The Frank Pastore Show”. Frank’s show had since become one of the largest Christian talk shows in the US.
Frank was riding his motorcycle home from the radio station in the Los Angeles, California area November 19 when he was involved in a motorcycle accident. He was found unconscious at roadside, and brought to Los Angeles area hospital with severe head trauma and, it was reported Monday, he has succumbed to his injuries sustained in the motorcycle accident. The Pastore family has asked people to respect their privacy, but they state that if you wish to remember Frank, then to do so in your prayers.
Frank Pastore was 55. Our thoughts and prayers are with him and his family.