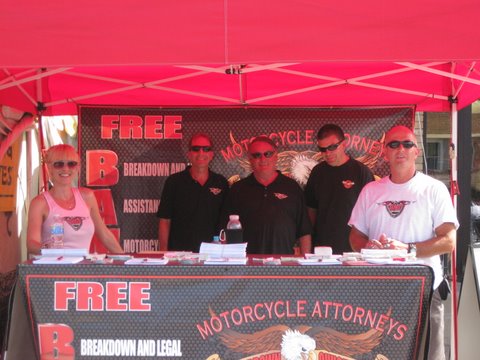 In 2007, Jarrad Cole was killed while learning to ride on a Suzuki GSX-R. Jarrad had completed the written exam and received his permit, but while taking his initial riding lesson, he had an accident that resulted in his death. This tragedy is what eventually motivated Jarrad’s younger brother, Sawyer Cole, and fellow teen, Michael Kelleher to seek the creation of a law that requires stricter preparation for those under 21 seeking a motorcycle license. As of January 2nd, that goal has become a reality.

Prior to January 2, 2011, teenagers in California could ride when 15 years and 6 months of age after simply completing a written test. Jarrad’s law now requires anyone under 21 to complete 15 hours of on-motorcycle training before being eligible for a learner’s permit. The new law also requires a California individual to hold their permit for 6 months prior to applying for a motorcycle license. It leaves the rules and regulations for of-age drivers unchanged. It is the hope of Sawyer Cole, Michael Kelleher, and Roger Niello (who helped the teens create the law) that this will set a standard of preparedness for young California motorcycle riders on the road and hopefully decrease the number of motorcycle deaths among motorcyclists in California.
Accidents can happen even to the most prepared of drivers, but knowing the law, being trained in riding, and having a plan in case of a California motorcycling accident can make all the difference in the outcome of your motorcycle adventures. In the instance that you or someone you love is involved in a California motorcycling accident; you will need an experienced California motorcycling accident attorney on your side. Learn more about how to protect yourself, your motorcycle, and those you love. Call us at 1-800-4-BIKERS today. From Los Angeles to Sacremento to San Jose, we are here to help.
Powered by Qumana