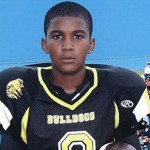 The story of Trayvon Martin’s death has gripped the country the last few weeks. Everywhere you turn there is a news story, protest march, or magazine headline about the young man who was killed in Sanford, Florida on February 26th. According to reports, 17-year-old Trayvon Martin was killed by George Zimmerman, who was a neighborhood watch volunteer. Zimmerman told police that he shot and killed the boy in self-defense, although there are many who believe that the killing was racially motivated.
While Trayvon’s death is still under investigation, motorcycle clubs have taken to the roads to rally for the boy, for his family, and for what they believe is justice. In late March, several hundred bikers took to the road in rallies across the Triangle area of North Carolina to call for justice in Martin’s death. They once again took to the roads in early April and rode from Durham to Greensboro and back in support of their cause. In addition to the ride, they also raised money to help pay some of Martin’s family’s legal expenses.
North Carolina was not the only state to see bikers heading out to rally for Trayvon Martin. In Birmingham, Alabama, more than 100 motorcycle riders participated in a ride on April 8th to honor the fallen teen. Many who rode in the Alabama ride wore hoodies, much like the one Trayvon wore when he was shot and killed.
There have been numerous motorcycle rides across the United States over this controversial event. Much like the rest of the country, Trayvon’s death has gripped motorcyclists and their families and led many of them to take to the roads. It is just one more example of how motorcyclists continue to support causes that are close to their hearts.
The fate of George Zimmerman now lies with the courts. Our hearts go out to the family of Trayvon Martin. It is a tragedy that a young boy has lost his life.
Rest in peace Trayvon. Your legacy will live on.