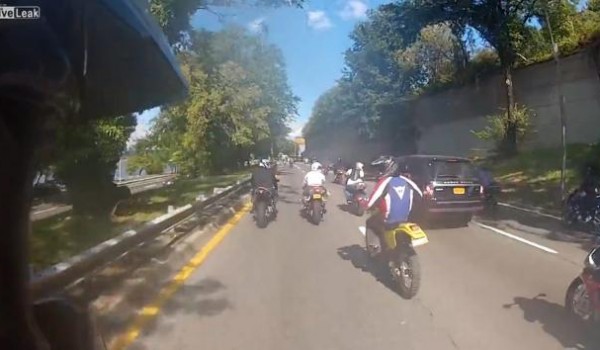 Motorcyclists Unite to Dispel Belief That All Riders are Violent

The violent bike swarming incident in New York City recently caused a backlash that has been felt by other riders across the Nation.

After a bad couple of months for motorcyclists across the country, Jim Barr, the president of the motorcycle group Long Island Abate, has come out publicly to dispel the bad reputation. As a whole, motorcyclists are hard working, patriotic, and generous. They give back to the community, raise awareness for social and political issues, and follow the law. In fact, his group alone has raised over $50,000 this year for people who are in need.

Another supporter is Dee Snider, the Twisted Sister front-man and native Long Islander. He personally organizes “Bikers for Babies” every year, a charity event that raises money for the March of Dimes and helps to raise awareness about premature births, birth defects, and infant mortality.

It is unfortunate that a few “bad” motorcyclists give the rest of us a bad name. Yet it’s these bad stories that perpetuate the belief that bikers are the ones who cause accidents—because they ride recklessly and negligently. FALSE!

Other motorists who simply fail to see motorcyclists on the road are the ones that cause the majority of motorcycle accidents. Yet is this false notion that insurance companies cling to when they routinely deny claims to injured motorcyclists.