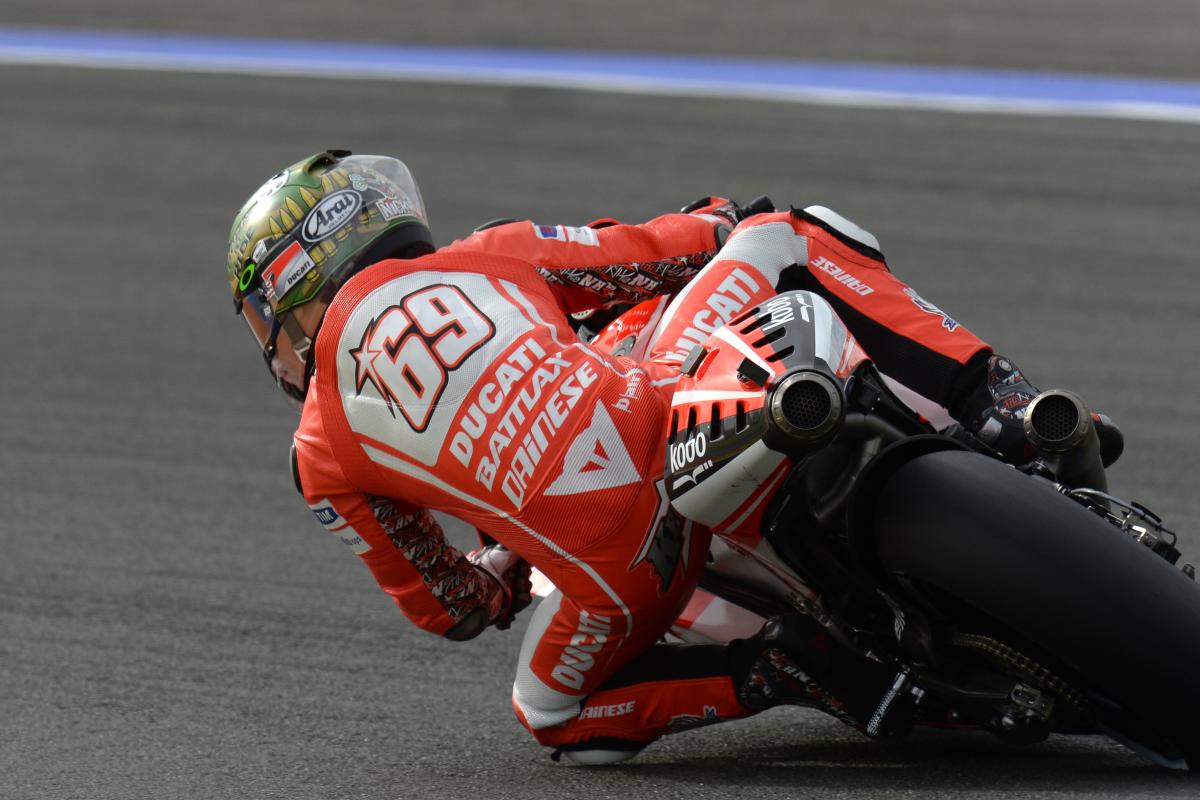 Legendary MotoGP rider Nicky Hayden closed a chapter on Sunday when he rode his final race for Team Ducati at the Valencia track in Spain for the end of the 2013 season.
The Italian manufacturer and Hayden had a professional partnership for the past five years and his last race was summed up by him commenting, “I would say pretty average like a lot of them.”
Originally from Owensboro, Kentucky, the 32-year-old Hayden will launch into his two-year contract with Aspar on Monday. The 2006 World Champion wants to be clear that he is not anywhere close to being ready to retire and shot parting words to Ducati by saying, “… once I leave here, they’ll be the enemy and I look forward to seeing them around.”
The race on Sunday was riddled with mechanical issues and a clutch snafu prevented Hayden from launching a good start. “I don’t know why the clutch is acting different in the race than in the practices,” said Hayden. “We don’t know why. If it’s cause it’s hotter in the sessions; in the race I got a bad start. At least this week I was able to make up a couple of positions in turn one.”
In spite of the issues, Hayden put in a solid ride and overtook the other Ducati’s on the track; however, it wasn’t enough to get him to the podium and he ended his run with the Italians with an eighth place finish.
After the race, Hayden told the press that for his last ride with Team Ducati it was emotional after five years with his crew mates. “We didn’t have the results we always had hoped for,” said Hayden. “We wish we could have accomplished more, but we marched on like good soldiers and did the best job we could and I’m going to miss working with those guys. We’ll look forward to tomorrow.”
We wish Nicky Hayen the best of luck with his new team.
Russ Brown Motorcycle Attorneys®