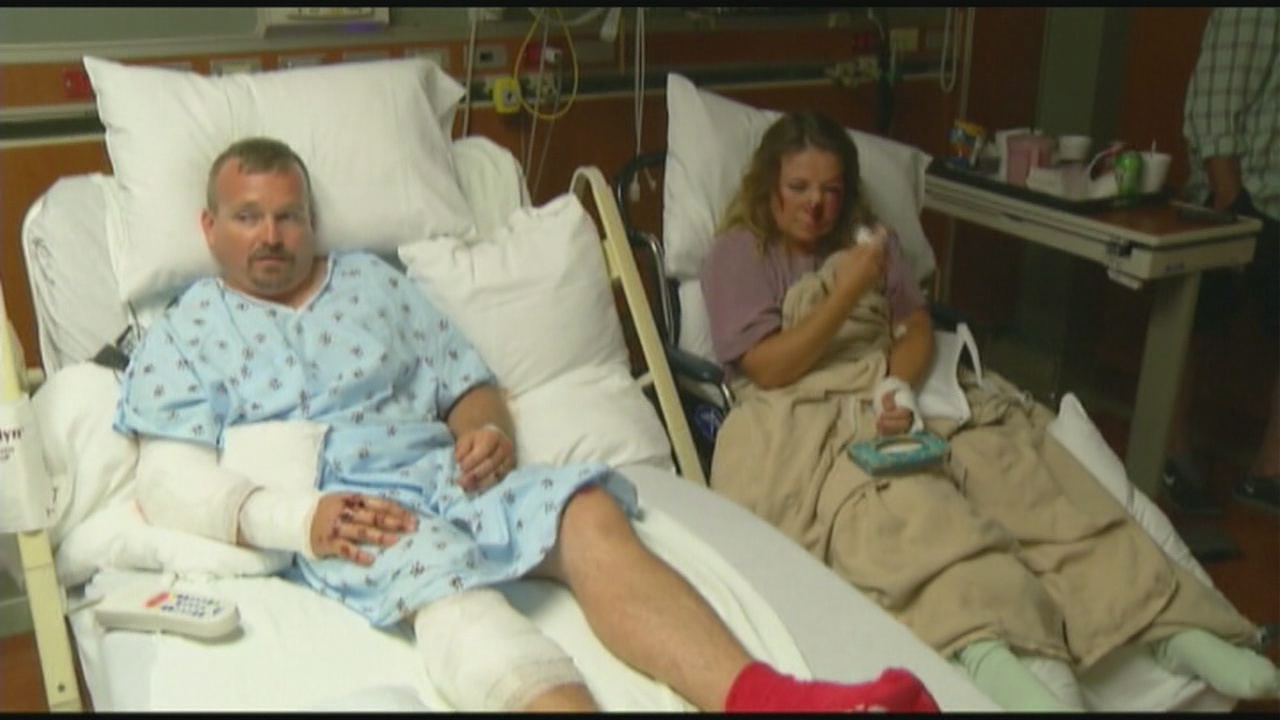 Motorcyclists Corey and Amy Waldman were traveling on their motorcycles on US 35 east of Dayton, Ohio, when they were hit from behind by Ohio Highway Patrol Trooper Jacob Daymon.
Authorities have recently released the dashcam video a full month after the collision occurred around 9:45 p.m. on the evening of Saturday, August 17th. The footage is disturbing to watch as it shows the Trooper not even appearing to slow down or avoid the couple before the impact.
Daymon has maintained that he did not see the Beavercreek, Ohio, couple before the impact.
Typically, dashcam videos are a matter of public record; however, the Ohio State Police refused to release the footage until they were sued by local news stations demanding its release.
While there is no audio to the video before impact, it is being speculated that Daymon was distracted by something in his cruiser or by texting. As of mid-September, the Trooper had not been charged with any crime; his interrogation took place four days after the accident.
Daymon was the 2012 Trooper of the Year and he has not been removed from highway duties.
Corey Waldman was transported to a local hospital by ambulance; his wife Amy was flown by helicopter due to suffering a concussion and having severe road rash on her face. Both of the Waldman’s credit wearing their helmets for saving their lives.
In spite of the horrific injuries to the couple, they have said they forgive the officer Corey stating, “It’s definitely some sort of an accident.”