Nothing says “crazy” like spray painting city murals to profess your love. Some crazy dude in MANTECA, Calif, who probably got dumped spray painted his feelings over beautiful city murals. One said “To Robin, you sure have a pretty smile,” and “now you know how I feel.” Did Robin spray paint one of your pictures? Robin this is a clear sign you should stay away from this guy (if it is a guy). Creepy!!!
Chihuahua Overload: Local Shelters Report Small Dog Glut; Small dogs made popular by one of my favs, Paris Hilton (hahahaha), and from taco bell commercials are being dumped into shelters. Come on people, this is as dumb as buying live bunnies for your kids at Easter. A friend of mine who worked at an animal shelter suggested an ad campaign of taking all the animals they put to sleep in a huge pile, take pictures of it and show the world how many dogs, cats, Easter bunnies and Taco Bell dogs get put to sleep every month in California. The response was “that would be gross”. EXACTLY! Maybe that’s what people need to see.
The weather is going to suck in Sacramento and almost all of California this weekend and two weekends remain before the fat guy in the red suit starts breaking and entering into homes on the 25th.  Drive safe!!!!! 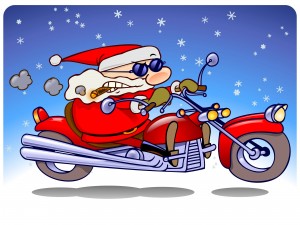