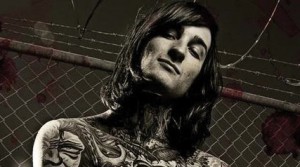 On Halloween night Mitch Lucker, 28 was riding around on his new 2013 Harley Davidson motorcycle in the Orange County area when he lost control of his motorcycle and slid into a pole. He was immediately taken to the UC, Irvine Medical Center where he died at 6:17 am Thursday. There is no word on whether alcohol was a factor – the investigation is ongoing.
The Riverside Press-Enterprise, the first to report Mitch Lucker’s death, mentioned Lucker grew up in Riverside, where the band was formed about ten years ago by friends who met playing at local hot spots like Corona’s former Showcase Theater.

Following the band’s initial album, 2007’s “The Cleansing,” the group released two additional albums. Suicide Silence’s musical style is referred to as “deathcore.” The popular heavy metal band toured on the Mayhem Festival in 2008 and 2011 and earned two consecutive Revolver Golden Gods Awards.
Recently the band had auctioned off a piece of clothing from one of the Suicide Silence videos and used the proceeds to buy toys for the “Toys for Tots” foundation. 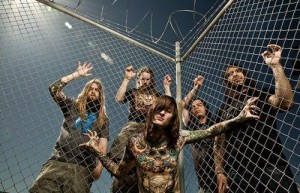 The band posted this to Facebook – “There’s no easy way to say this. Mitch passed away earlier this morning from injuries sustained during a motorcycle accident. This is completely devastating to all of us and we offer our deepest condolences to his family. He will be forever in our hearts.” Suicide Silence
Riverside-based Suicide Silence members include guitarists Chris Garza and Mark Heylmun, bass player Dan Kenny and drummer Alex Lopez.

“No imitators, no second guessing. I want it to be known,” Mitch Lucker said on being original,  “It’s the same thing as when you pop in a Korn, Deftones, or Slipknot CD: you know that stamp is there.”
Our thoughts and prayers go out to Mitch Lucker’s loved ones.