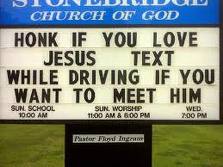 Motorcycle Accident Lawyers New York; Texting is killing NY Bikers.
Anytime a passenger vehicle or truck crashes into a motorcycle or scooter, the driver on two wheels is likely to be seriously injured or killed. When a driver is texting while behind the wheel, the chances of a motorcycle accident or car accident increase dramatically. In fact, a 2009 Virginia Tech Transportation Institute study shows that drivers who text while driving are 23 times more likely to be involved in an accident or near accident than drivers who are not distracted.
This recent tragic New York scooter accident illustrates how dangerous it is to text while driving:
The NY Daily News reported that on September 19, a New York teenager crashed her car into a scooter driven by a restaurant deliveryman. The 19-year old car driver was apparently responding to a text message while driving behind the scooter. The 53-year old man riding on the scooter suffered severe head trauma. He was declared brain dead and is currently listed in critical condition. The New York scooter accident occurred at the intersection of Avenue P and E. 17th Street in Brooklyn. Police charged the teen with reckless driving, which is a misdemeanor, and driving while using a mobile phone.
In 2009, New York passed a law making it illegal to text on cell phones and similar devices while driving. New York had already banned talking on cell phones when driving, with the exception of phone calls to emergency personnel. However, police officers cannot stop New York drivers just because they suspect illegal cell phone use. They must have another valid reason, such as a traffic violation, in order to stop a driver for using a cell phone. The New York Department of Motor Vehicles indicates the maximum fine for violating the cell phone law is $100 with an $80 mandatory surcharge.
Unfortunately, many New York drivers ignore the state cell phone law and horrible accidents occur as a result. If you have been hurt in a New York motorcycle crash in which the other driver was using a cell phone or otherwise distracted, you may be entitled to compensation from the other driver for your injuries. Our skilled New York motorcycle accident attorneys can provide excellent representation for your New York motorcycle accident claim. We handle motorcycle accident cases all over New York including a Buffalo Motorcycle Accident Lawyer, Brooklyn, Albany, Rochester motorcycle lawyer, Syracuse, and New York City. Call us at 1-800-4-BIKERS today for a free consultation.