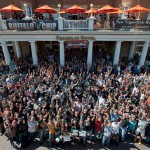 Russ Brown Motorcycle Attorney: Making The Run To Sturgis
As a Writer I am always surfing Google for research information and details when writing on specific topics. While searching for historical facts on Sturgis, South Dakota and the Sturgis Buffalo Chip, in particular I came across a very popular keyword titled “Why Sturgis?” After visiting a few of the websites to see what people had to say on the subject, the general gist was mainly from people who lived far away from South Dakota, and would require a 10 or more day commitment to get to and from the event. Other postings were about what makes Sturgis so special, and others still had issues with the large number of people and heavy traffic.
To me, I consider myself fortunate to have made the run to Sturgis twice; once in 1980 when I was only 18, and then again in 2010. The 1980 rally was smaller, less congested but still a once in a lifetime experience I will never forget. There were fewer vendors and seemed less commercial, but being it was my first run to Sturgis it is to this day the coolest run I ever made.
I made the 1980 run with a bro and his uncle, we had a beat up Dodge van with a trailer so we could take a break from time to time and we just hit the road. I was riding a 1965 Panhead at the time that was mostly stock, so I was fortunate for the softail rear end by the time we made it to Reno. I was young and wild and didn’t have a care in the world but for 7 days before we hit the road, but all I could think about was being about to say I made the run!
We took our time and made in 3 days. The run to Sturgis itself was mind blowing; there was so much to see and I wanted to stop at every attraction along the way, but my bro’s uncle wouldn’t have any of that; we were on a mission to get to Sturgis and that was it.
We made it to Sturgis early in the morning, but we didn’t mess around. We had a place to stay in Deadwood so after we gassed up we cruised quietly through town to our crash pad and got a few hours of rest before we partied non stop.
To me Sturgis represented not only the first large-scale motorcycle rally in the world, but the first real run I had ever made. There was so much to see and do that I don’t think it is even possible to see and everything in one run.
Deadwood is a great historic town. Deadwood boomed because of gold and gained infamy for the murder of Wild Bill Hickok. Mount Moriah Cemetery is in Deadwood and is the final resting place for Hickok and Calamity Jane.The town was famous for being wild and lawless during the gold rush.
Sturgis is famous for the motorcycle rally and the Sturgis Buffalo Chip is legendary for being legendary. The Buffalo Chip is a rally in itself. You can park an RV there or camp in a tent. The creativity that goes into some of the camp sites is hysterical. You will see swimming pools, BBQ pits, blow up dolls, palm trees, Tiki Bars, etc, etc. They host the Legend’s Ride – a great event that if you go to Sturgis, you have to take part in. The ‘Chip’ has showers, laundry facilities, a great coffee shop in the amphitheater, events in the day time to keep you entertained and of course, the best entertainment available anywhere.
BAM’s Facebook fanpage is having a contest where you can win an extended rally pass to the Sturgis Buffalo Chip – this means all your entertainment for the length of the rally and camping pass for two. You just need to LIKE the BAM Facebook page.
I don’t know about you, but when I think about all of the history Sturgis, South Dakota is responsible for and being a small part of the 1980 and 2010 events, the only question I can ask is Why Not Sturgis!
If you are heading to Sturgis, and you should, be sure to travel with Motorcycle Lawyer Russ Brown’s Benefit BAM card. It is a volunteer network of bikers like you willing to come out and lend a helping hand if you get stranded on the side of the road. The idea came to Russ when he was stranded over 100 miles from home and thought how cool would it be if there was a network of local bikers who would be willing to help a fellow rider out. Remember it’s volunteer based so back the BAM card up with a paid service – that way you have two teams in place for you on the road. And if you go down – call Russ Brown! Motorcycle Lawyer Russ Brown has been fighting for bikers like us for over three decades!
Ride Safe!