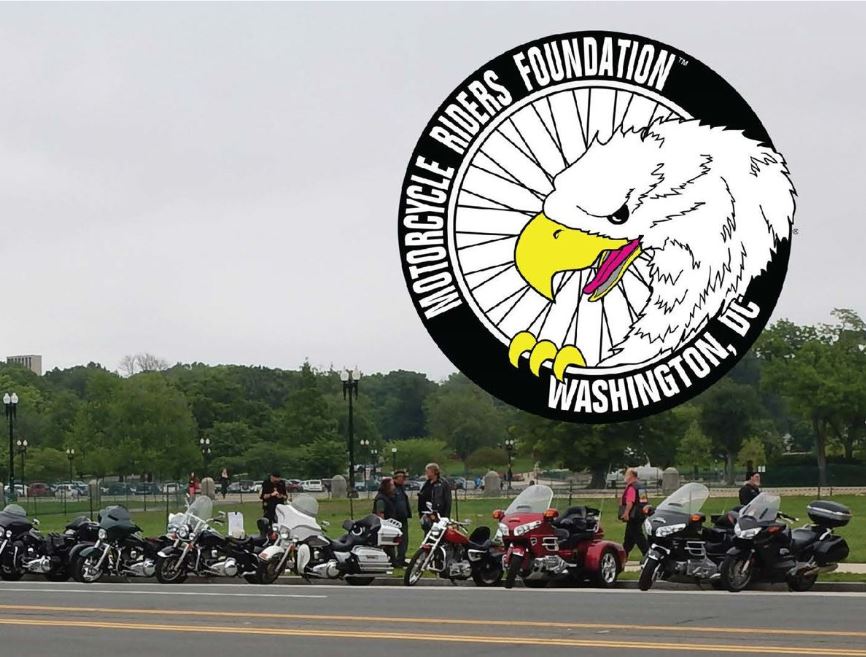 WASHINGTON, DC – Today, the Motorcycle Riders Foundation (MRF) released the following statement
in response to a report issued by the Road to Zero Coalition which is managed by the National Safety Council. The report, A Road to Zero: A vision for achieving zero roadway deaths by 2050, was released in April and identifies policies and practices to achieve the very notable and worthy objective of attaining zero deaths in the United States in 30 years:
Motorcycling and the safety of riders who engage in this growing mode of transportation remains a key priority of the MRF, its Board of Directors and its network of 220,000 riders across the U.S. In fact, the MRF, either directly or through our member networks, have numerous initiatives geared towards rider safety touching on issues such as motorcycle awareness, rider education and training, impairment, as well technological advancements for motorcycle and equipment manufacturers. Because the safety of the motorcycle community is so paramount to our organization, we commend the objective behind Road to Zero. As such, we have been present and an active participant in almost every Road to Zero Coalition meeting since the unveiling of the program in 2016. During these workshops we’ve offered the motorcyclist’s perspective on key issues areas, making recommendations and playing a proactive role in the dialogue.
Therefore, it is discouraging that the recently issued report reflects none of this input, instead emphasizing only one countermeasure in which to mitigate motorcycle fatalities. Consequently, the report fails to mention the presence and participation of our organization as well as other key motorcycle organizations, which collectively represent over half-a-million motorcyclists in the United States.
Within the report, the assessment on motorcycle fatalities again and again points to helmet laws as a proven countermeasure. However, there is the notable absence of mention of proactive measures, which prevent a collision from occurring at all. Reactive steps may or may not offer some level of injury mitigation only after a crash has already taken place. If the goal is to eliminate all traffic deaths by 2050, there should be an emphasis on crash prevention and not simply safer crashing. These potential steps can manifest in a variety of ways including initiatives on rider education and training for new and returning riders, motorcycle awareness education for other roadway users and a variety of others. In reviewing the report, the only proactive measures mentioned in regard to motorcycle fatalities are automatic emergency braking, self-balancing control mechanisms for motorcycles and a connected vehicle system. However, each of these presents its own set of concerns; a motorcycle coming to a halt could result in throwing an unprepared rider, the self-balancing technology is not yet available and there are numerous studies which indicate that motorcycles are not consistently identified by lane assist, collision warning, and emergency breaking systems as a part of a connected roadway system. While these are certainly areas that should be reviewed, discussed and improved, they are not yet tangible solutions and there is uncertainty that they may even come to fruition by 2050.
Instead, the MRF, despite not being recognized in the report, have communicated, collaborated and participated in the various meetings and workshops that have taken place over the last two years, highlighting and advocating for tangible and practical initiatives that can be deployed immediately to include proactive countermeasures to reduce or eliminate motorcycle fatalities.
The absence of any acknowledgement of these ideas and lack of recognition of participating motorcycle organizations that represent our nation’s riders have unfortunately contributed to a flawed report that is neither practical nor inclusive when it comes to motorcycle safety. If the objective of Road to Zero is to truly achieve zero roadway deaths by 2050, we encourage leadership behind the program to be inclusive of input and ideas from all roadway users and to consider discussing practical proactive measures for motorcyclists.