Renegade Rendezvous Was Worth The Ride

If you’re like me you love going to events and yet hate crowds. Biker rallies can feel bloated and phony, bike nights can get repetitive, but you still want to head out with your buddies and be part of the local scene. Fortunately, there is no shortage of different events throughout the summer, making it a matter of finding the right type of event to suit your attitude.
While California’s central valley may not be best known for motorcycling roads, it still delivers a strong dose of motorcycle culture. The flatlands are dotted with small and medium-sized towns, scattered throughout the farms and pasture lands, so it’s no surprise that Harley’s and other cruiser-style motorcycles are popular out here: which means biker rallies are popular too. 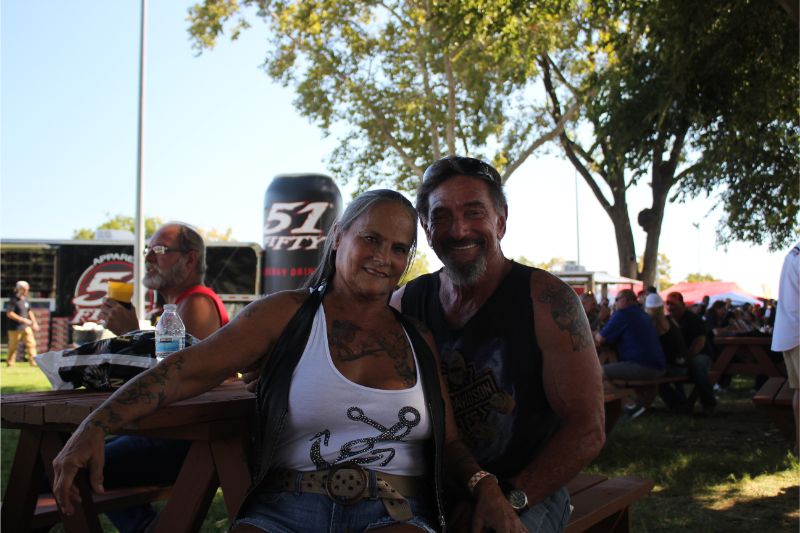 The Renegade Rendezvous is one such event. Located near Sacramento, Stockton, and Vacaville in the town of Dixon, the event is a straight-forward one-day get together. It’s not over-produced, which means there is plenty to see without being wall-to-wall people or paying $12 for a beer.
Mind you, some years the place has definitely been packed, but because the venue is fairly small (the event happens in the local fairgrounds) it still doesn’t give off the feeling that you are swimming in human soup. 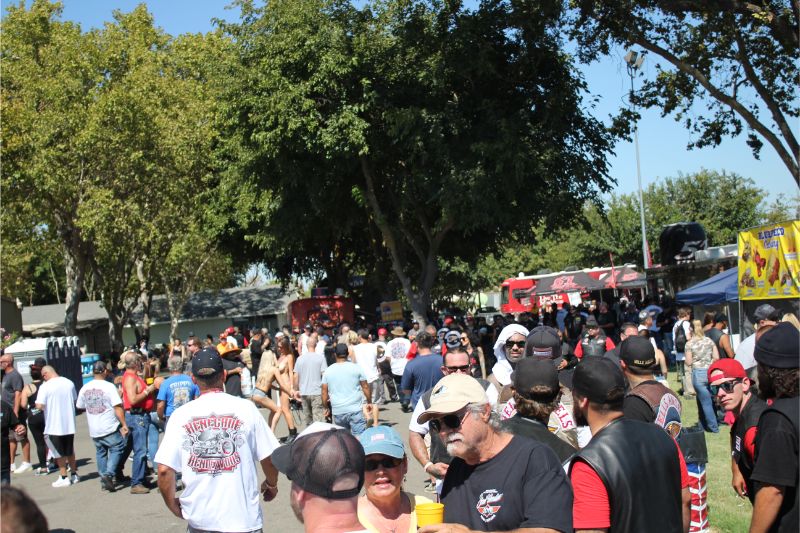 It was difficult to judge attendance by eye-balling the crowd, as most attendees stayed only a few hours. The parking lot saw bikes coming and going in a steady stream all day.
This year’s attendance was down noticeably, which simply meant you could stroll through vendor areas more easily, the lines for food and drinks were shorter, and the parking lot wasn’t a madhouse of bikes coming and going all day. It also meant the police weren’t walking around in SWAT gear putting people on edge; they’re local PD and we’re a friendly lot.
Since the town is close to highways and the interstate, bikers can easily make their way to Dixon, a town that seems sleepy and small but has about 18,000 residents. It’s a cool little town even without the Renegade Rendezvous, with old houses, the obligatory railroad track through town, and several good places to eat. Heck, on the corner of A St. and 1st St. there are two bars and grills: you can’t get much more Americana than without cranking up some John Mellencamp.
But the main attraction is, of course, the Rendezvous itself, with two music stages, a large bike show, a vendor area, and a few competitions. I managed to run into several friends from the Combat Veterans Motorcycle Association (CVMA), who were running a booth in the vendor area. It was a good chance to catch up while enjoying some shade, which seemed to be the preferred activity of most attendees. 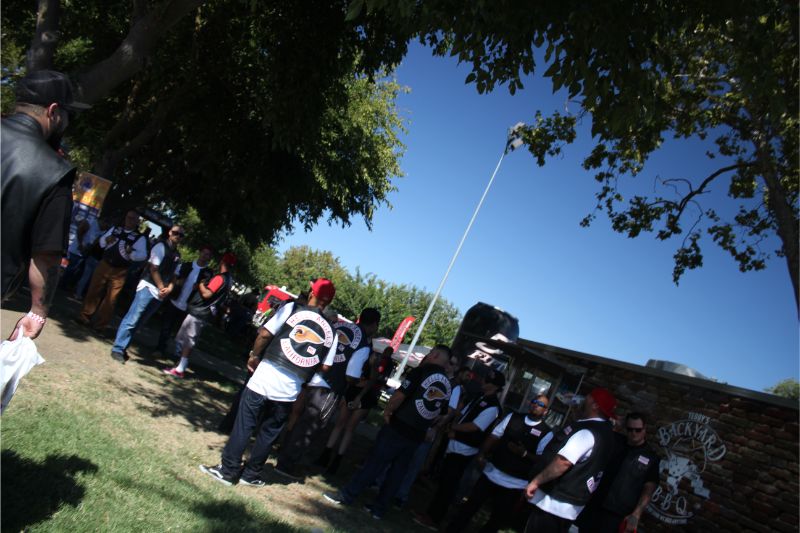 The shady corners and picnic tables were a popular place to congregate. Although the temperature hit 95 degrees, a decent breeze meant things weren’t bad for a September day in the central valley.

The bike show was a highlight as usual, with a range of bikes from ratted-out Japanese 4-cylinders to metal-flaked baggers with half the catalog thrown at them, along with several vintage machines, and even a few crotch rockets. But as cool as the bikes were, the crowd seemed most interested in the pickle eating contest; you could hear the crowd’s shouts and hollers from any corner of the place. 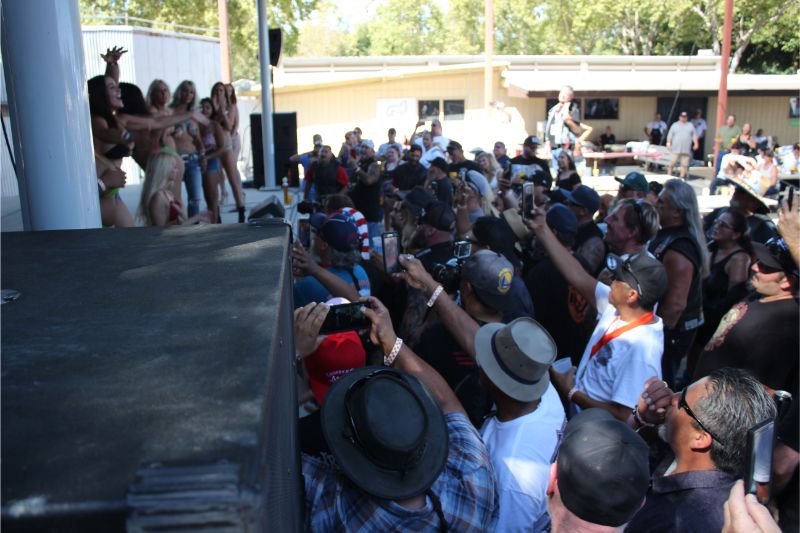 As with most bike events though, the parking lot ends up being one of the best places to hang out if you want to look at bikes. Daily drivers tend to catch my eye over glossy show bikes, with the need to balance comfort and reliability with individualized style.
Speaking of outside the event, although the taco truck was not to be missed, the town of Dixon offers up several spots where you can get food and drinks along its small and highly walkable downtown area. And, although it’s only about a mile to Interstate 80, those heading back to Sacramento could instead leave to the south, taking Highway 160 back up into Sacto. Hwy 160 follows the Sacramento River so it’s one of the few twisty roads in the area and still makes for less than a two-hour ride back into the capitol. 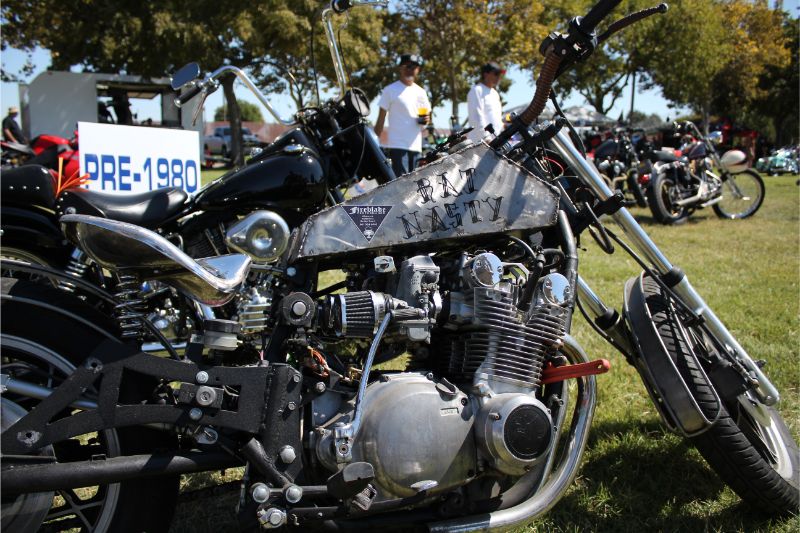 The orange pipe wrenches welded on as highway pegs were one of many customs touches on this rat bike.

Having to head back to the Bay Area meant a slog on the Interstate for me though, with the usual weekend traffic. It was worth the ride, as I usually blast through that area on my way to points beyond. It also reminded me not only that there are so many undiscovered slices of Americana around me, but that I don’t have to choose from the same over-priced, crowded rallies to have a good time. A good time is where and when I make it. Don’t miss out on the next Renegade Rendezvous, Summer 2020. 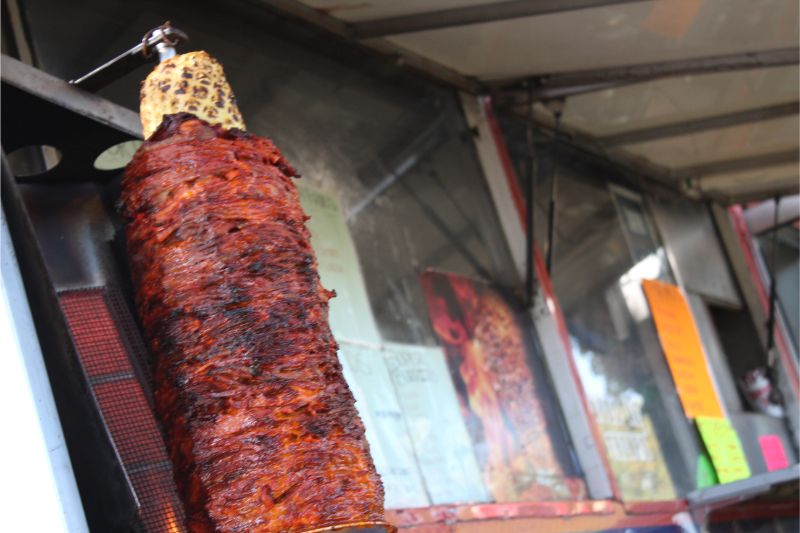 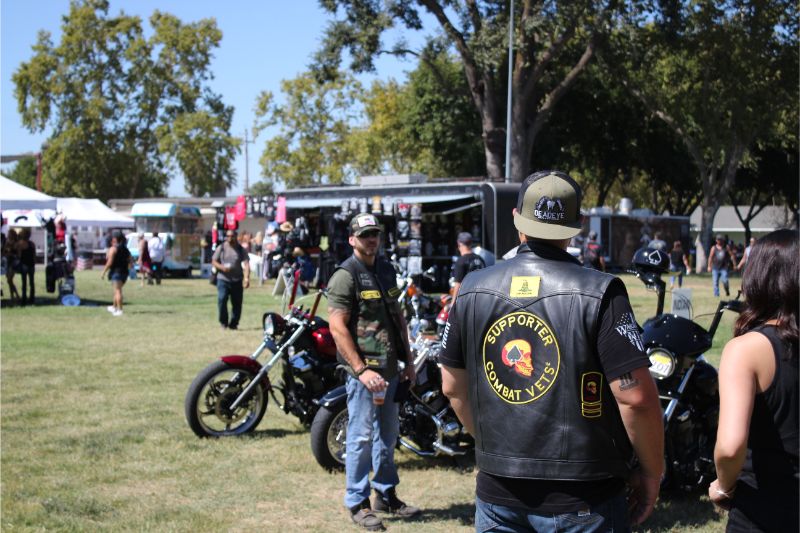 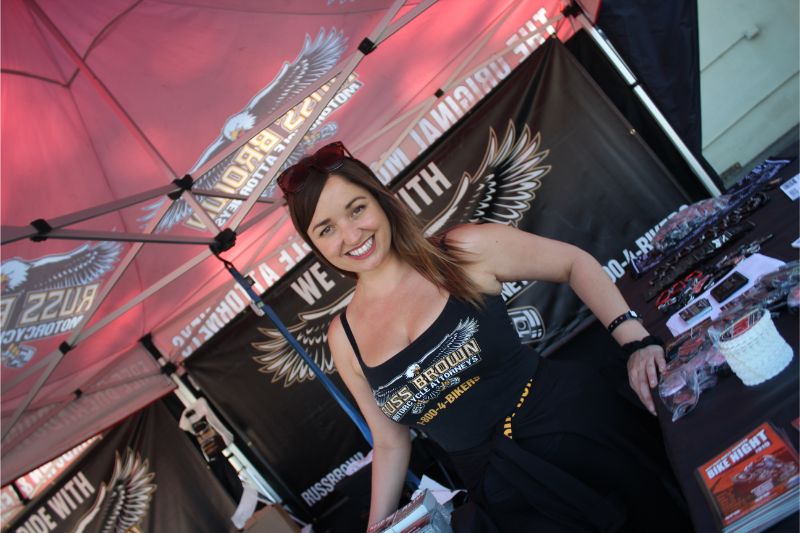 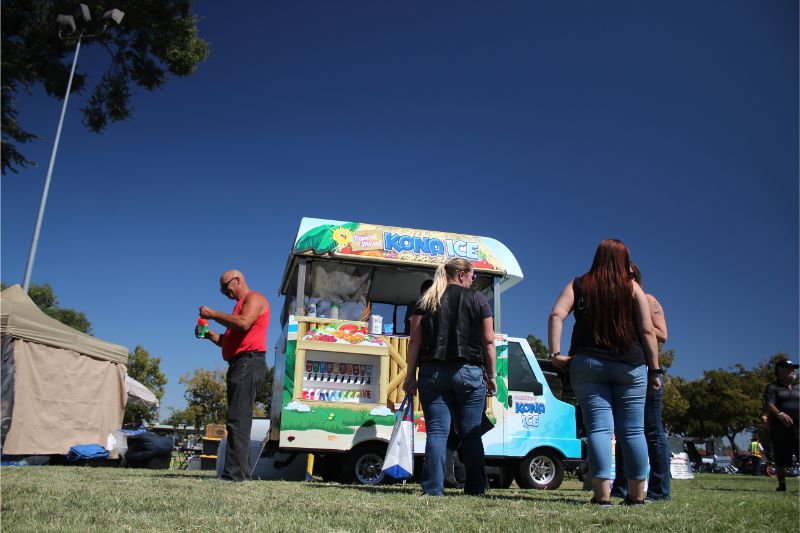 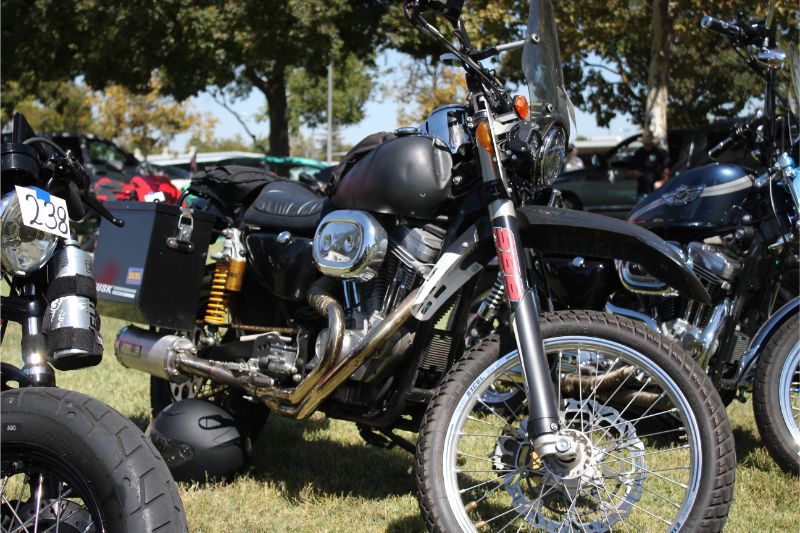