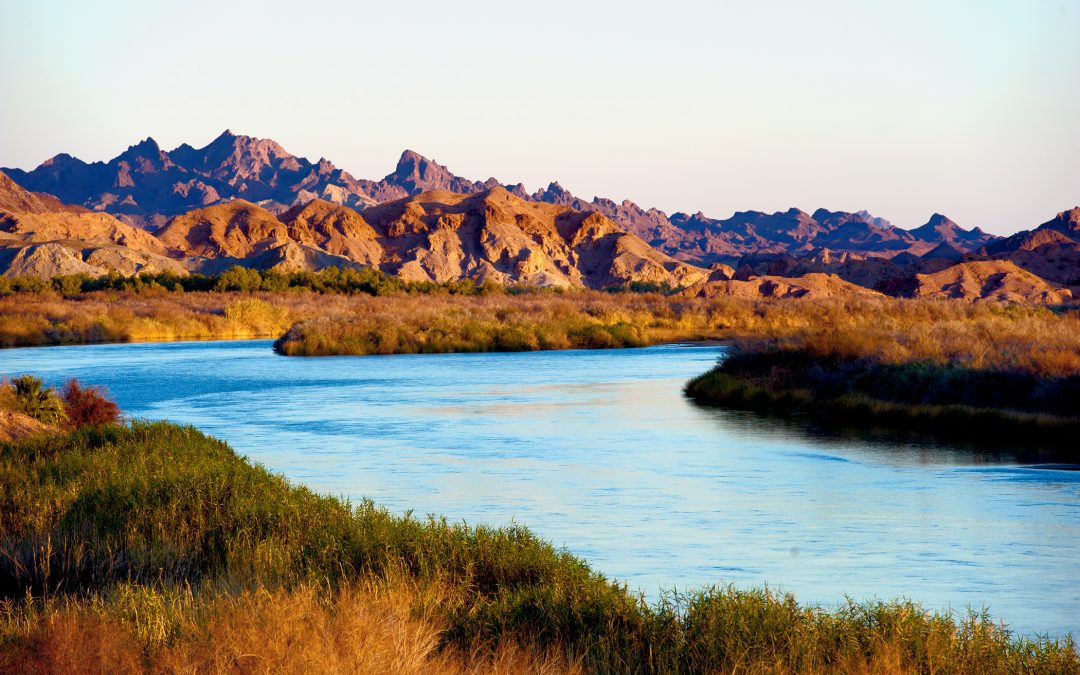 Not everyone shares the love I have for California. Many hate on our laws and high cost of living. They point out we’re a crowded state with an unfriendly business climate and gas prices that are some of the highest in the nation. All this is mostly true but what they don’t acknowledge is California is also home to one of the most robust State Park systems in the great United States of America. We’ve got almost 300 parks in the Golden State compromised of 1.3 MILLION acres. 280 miles of that is coastline (thats the quintessential ride most of the world thinks of when they consider taking a putt in our great state). This giant swath land is also home to 18,000 campsites, which after a long day of riding, make great spots for a motorcyclist to spark a campfire and bed down for the night. 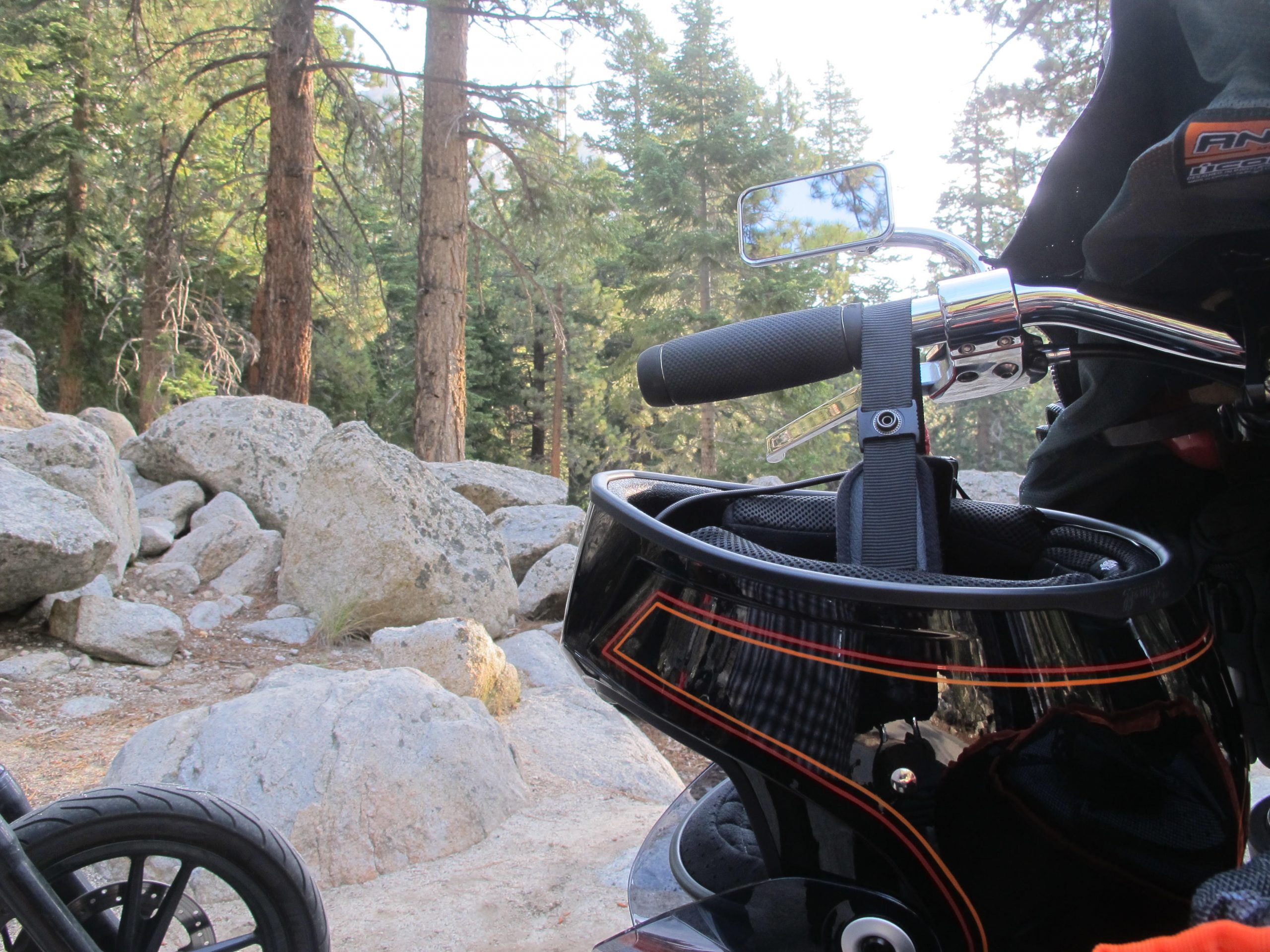 So if California really is home to so many good spots to ride and camp, where should you start? You could work biggest to smallest, in which case you’d end up in the Anza-Borrego desert. Located east of San Diego, this sometimes parched patch of California contains a ton of spots to ride both on-road and off. One of my most favorite day trips is HWY 79 out to San Felipe road, winding down into some of the best twisties you’ll ever encounter and ending in the Borrego Valley for libations and refreshments (try Carlee’s if ya need help staying hydrated). If more riding is what the doctor ordered, head back through Ocotillo and up into Mom’s Julian for Pie à la Mode (Mom’s Pies is my personal go-to). Want to pitch a tent on BLM land for the night, Ocotillo is great for that too. Again, this is only a day trip but it’ll rival damn near any longer ride you’ll find in the entire US of A. 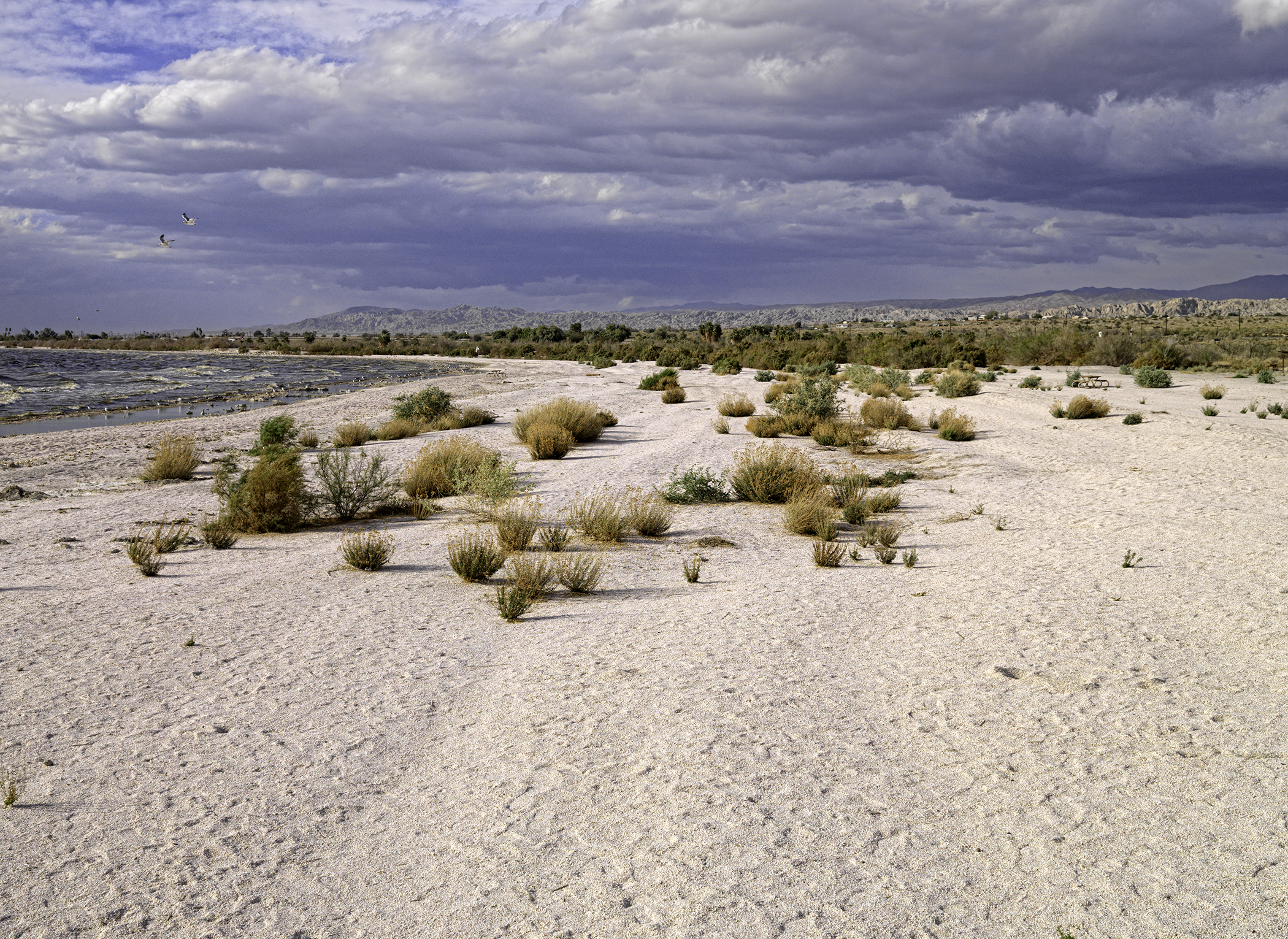 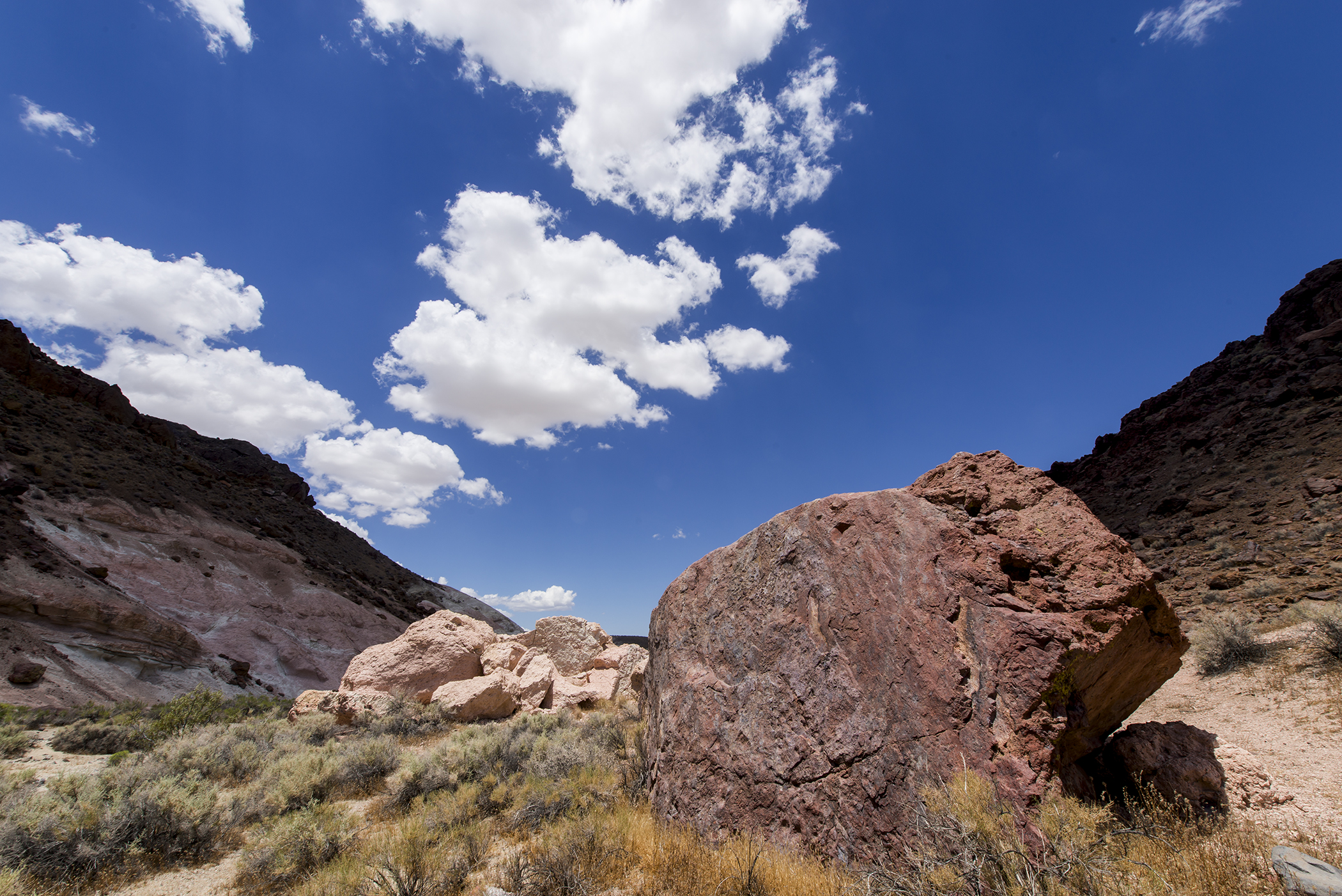 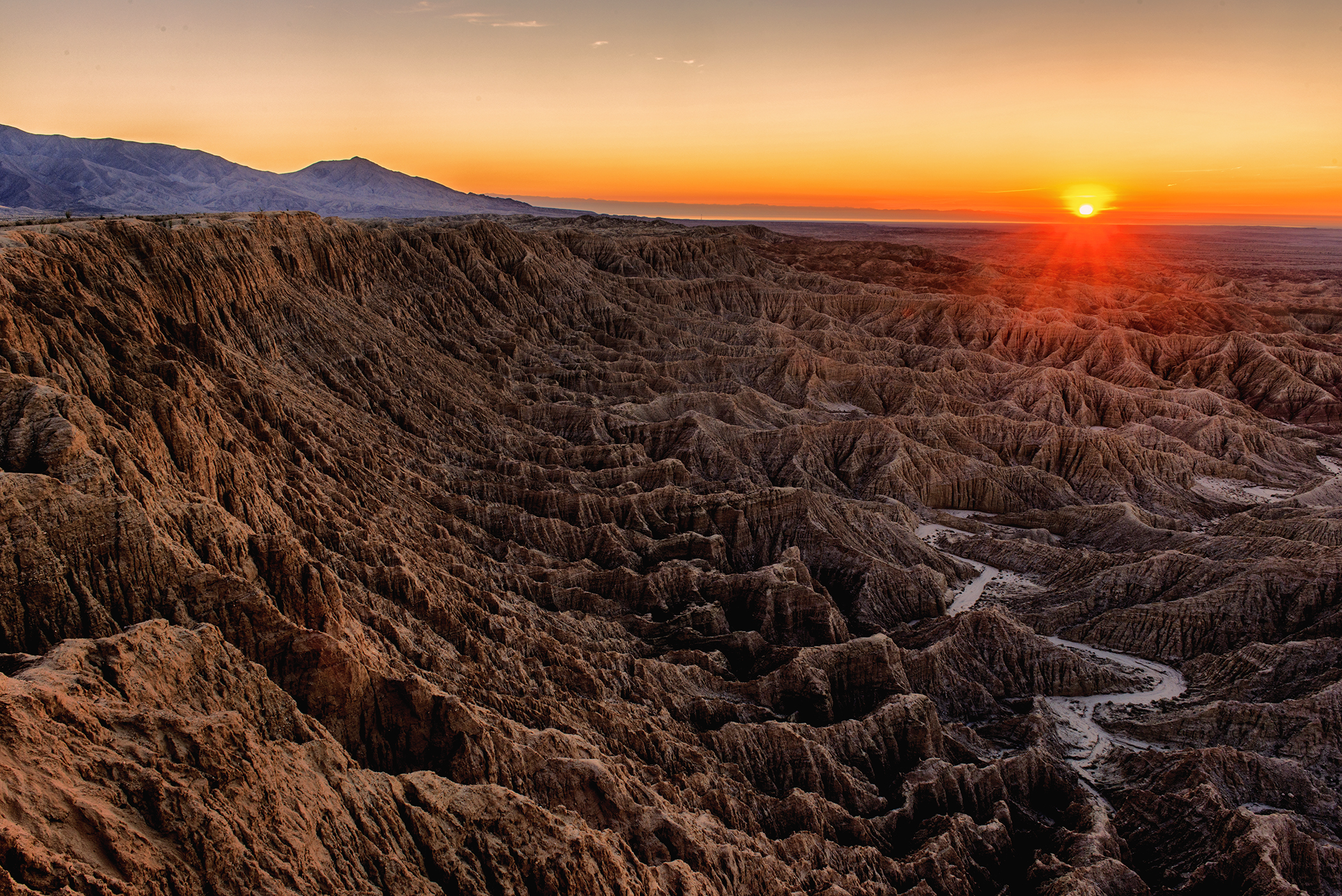 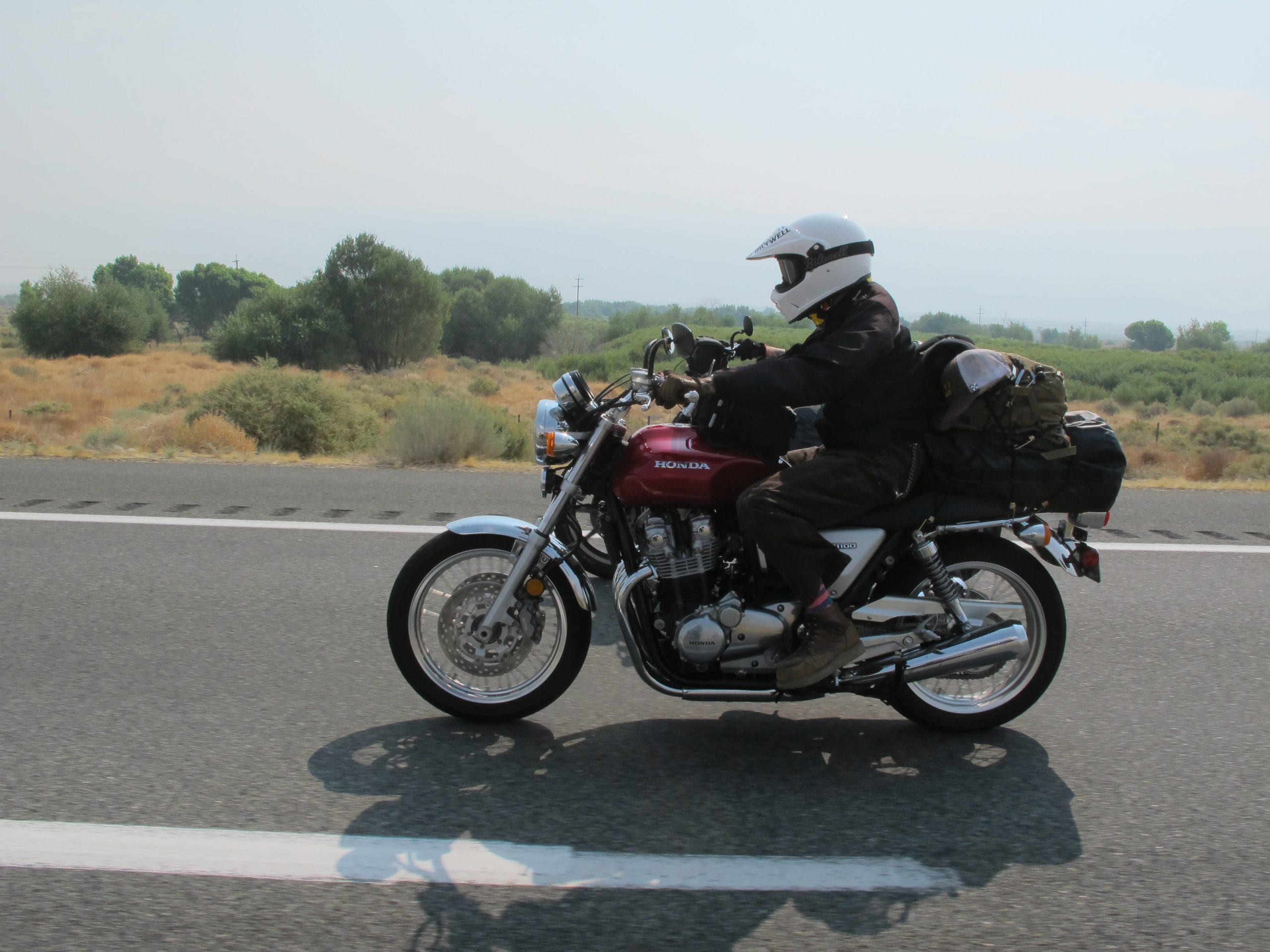 Have more time on your hands and want to see more of what the California Park system has to offer? Jettison up to the Jedediah Smith Redwoods State Park (named after explorer Jedediah Smith, who was the first American to travel, by land, from the Mississippi River to California in 1826, passing through the area of the future park). Located at damn near the northern most point of state, I suggest accessing it via the 101 on the way so that you can enjoy killer coastal riding coupled with many a spot to warm up over a cup of chowder (hit the CC Diner if the urge strikes). This part of our great state is like no other, weather worn, and rarely too warm to ride through. Once you make it to the park, you’ll be greeted by mighty redwoods and when I say mighty, I mean it. Some of these trees are almost 2,000 years old and dwarf the cars full of tourists that pass through them. This park doesn’t have a ton of campsites (I think around 100) but if you plan ahead, you can usually book one OR if you’re slick, you can most likely find a spot to pitch a tent discreetly for the night. Either way, you won’t be bummed when you wake up amongst these colossal conifers. When you do decide to leave the park, head northeast on the 199 for some killer curves, shaded by more of the aforementioned gentle giants that are known as the California redwoods. If you stay on this route long enough, you’ll end up in Oregon and riding along the remarkable Rogue River but thats a yarn for another time so I’ll save you the details. 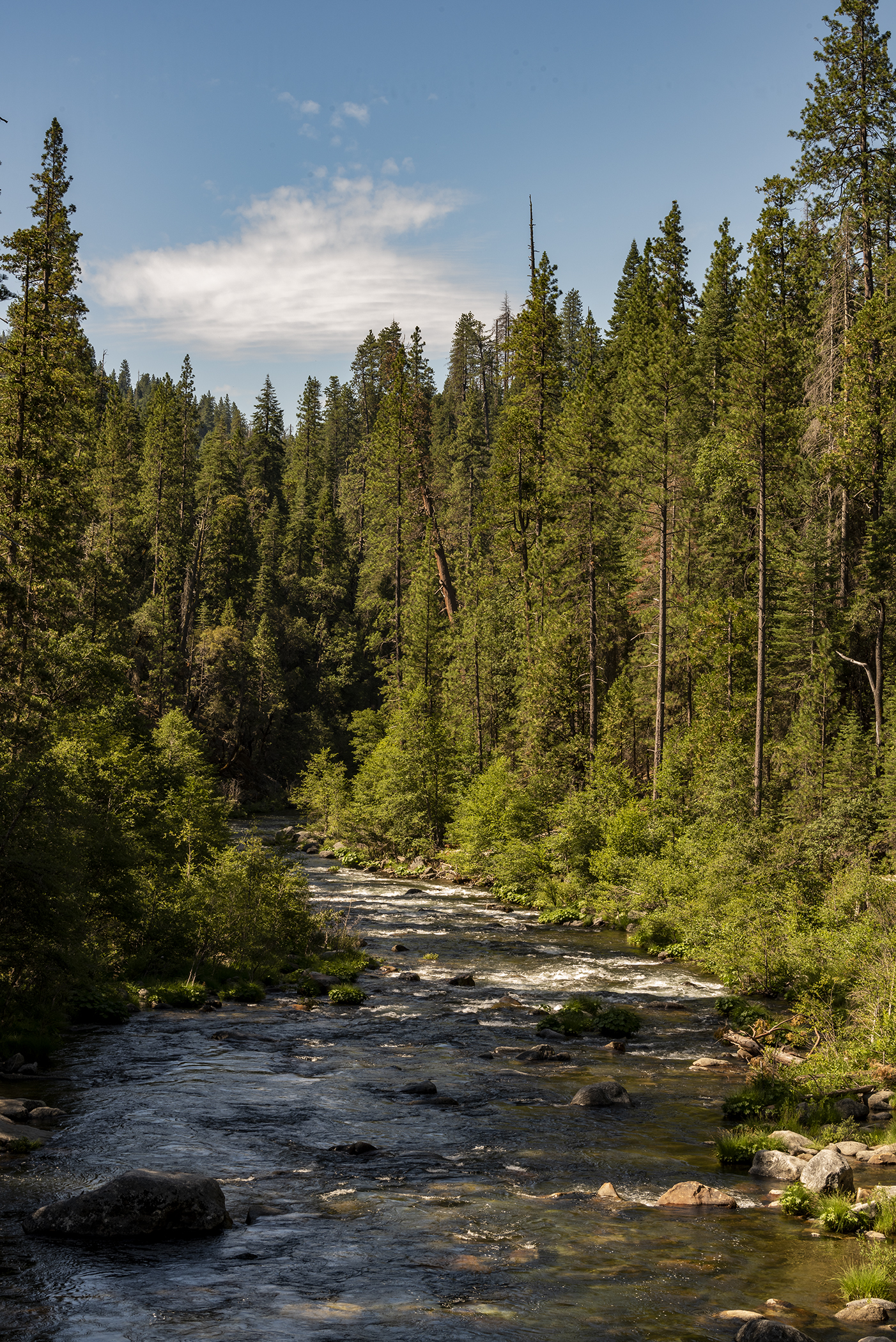 Deserts drives and coastal cruises are all fine and dandy but our park system also contains some mammoth mountains (pun intended) and some of the best ones can be found along Highway 395. Whether you’re visiting Yosemite (probably Californias’ most popular park and also our first) or Bodie (the ghost town just south of Bridgeport), the 395 is the go-to byway to access some of the best parks around (hot springs too but I won’t be divulging info on those. Google can help ya find a couple but some of the lesser-known ones are still a secret…finding them on yer own is half the fun). Mono Lake is a must-see if you’re in the area. It’s tufa towers are calcium-carbonate spires that spring upward when alkaline and fresh-water springs mix and mingle and make for some satisfying selfies. On the western side of the 395, you’ll find the Sierra Nevada

mountain range which divides this great state like a butchers cleaver and to the east, Death Valley and the Mojave desert weigh in with their majestic landscapes in stark comparison. No matter what parks you visit in this vicinity, you’ll be greeted by great riding and scenic views for miles and miles. 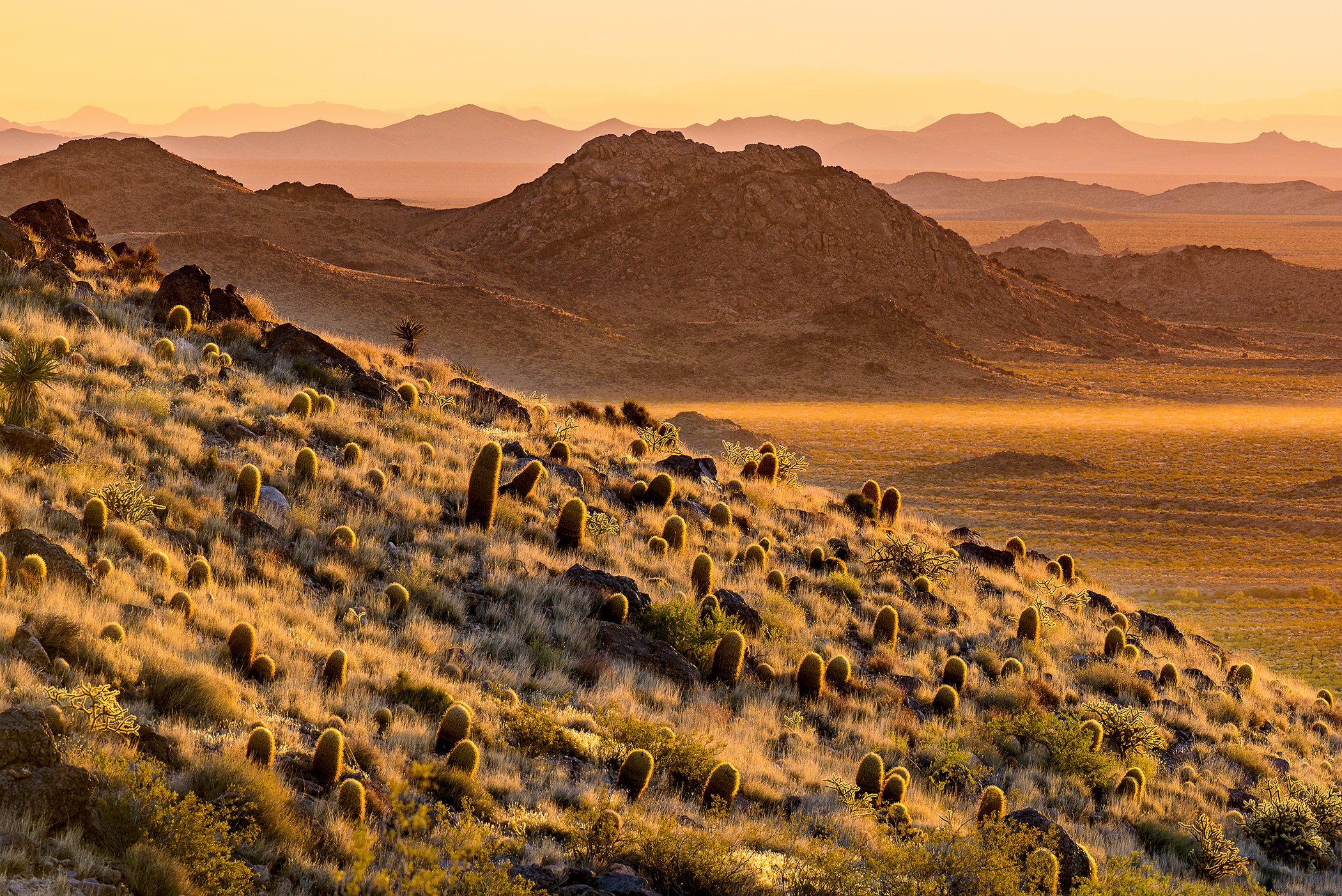 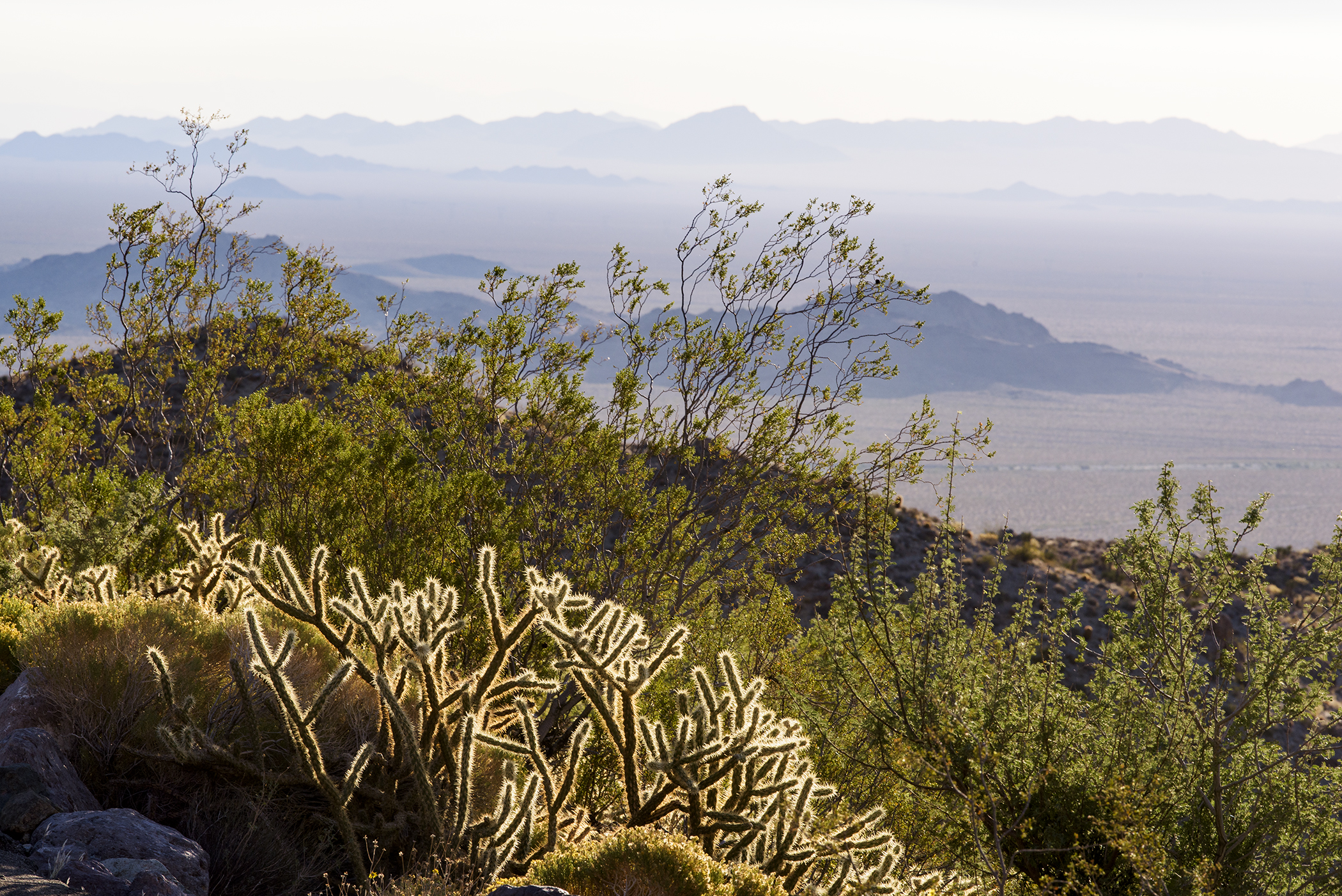 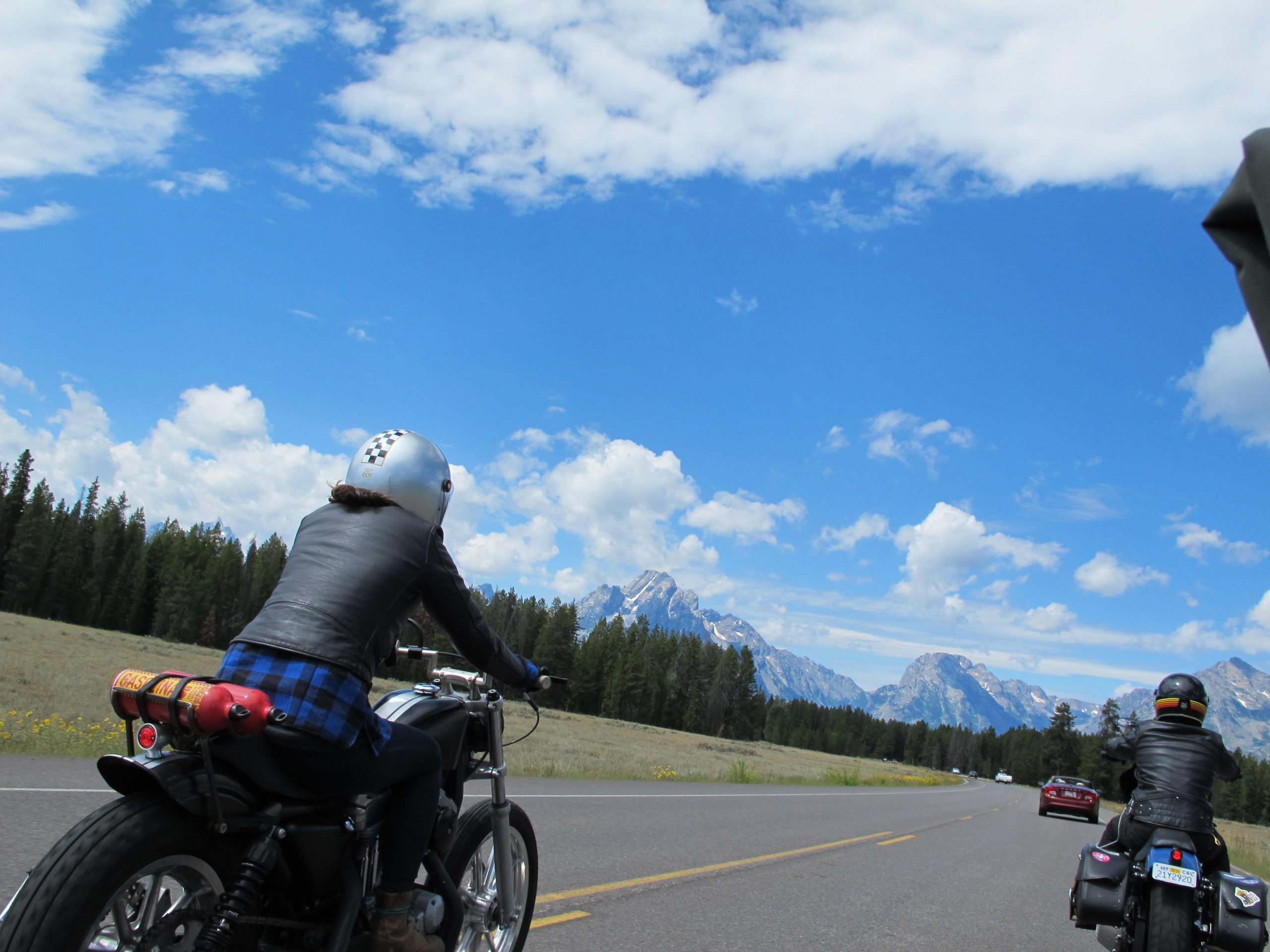 Those are just a few of the Parks we pay for as taxpayers living in the great state of California and most of these can be enjoyed rather cheaply or even free. Do your research before visiting as some parks are seasonal or have limited capacity but as is often times the case, some parks are surrounded by BLM land that doesn’t require reservations and never really reaches capacity (albeit most of these areas don’t have a ton of amenities). The Mammoth Lakes area is one such spot that always has room to squeeze in the intrepid two-wheeled traveler and because of this fact, it’s one of my personal favorites to visit. That’s it for this episode of ‘Otto’s Gold’ and I wish to remind you that all bikes are adventure bikes if you take them on adventures. Party on, friends 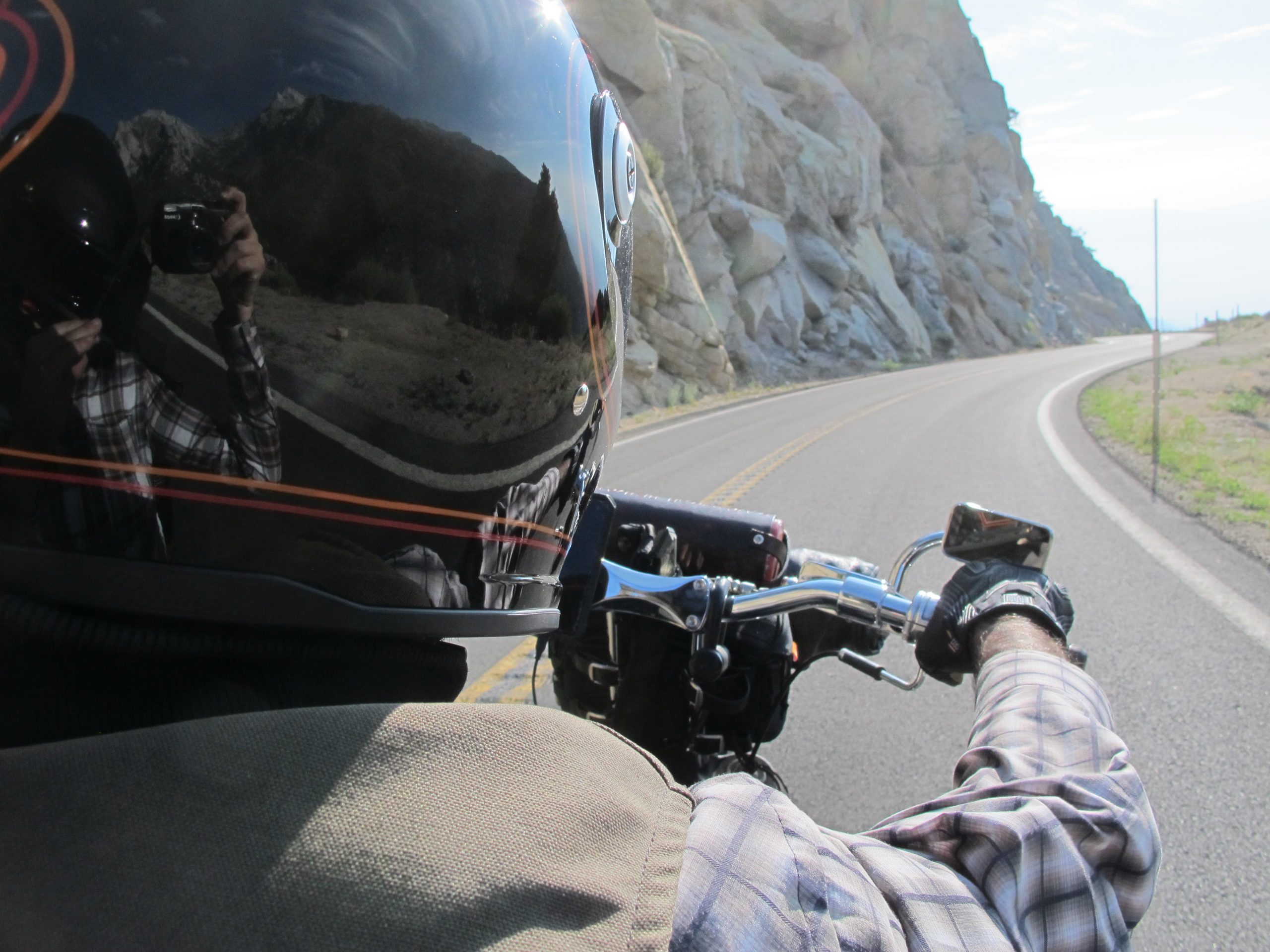