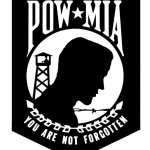 You are not forgotten.

Although it is only early February, now is the time to start making plans to attend this year’s Rolling Thunder XXV “Ride for Freedom” demonstration in Washington, D.C. on Sunday, May 27, 2012. Rolling Thunder Ride for Freedom started out in 1988 with 2,500 participants. Now approximately 900,000 participants and spectators are involved with this annual demonstration. Bikers and spectators from as far as California, Canada and Australia come to Washington D.C. to ride to the Vietnam Veterans Memorial Wall, referred to as the “Ride to the Wall.”
Rolling Thunder members are Veterans, non-veterans and/or motorcyclists, but anyone can participate in the demonstration or become a member of this incredible organization as long as you believe in the issue. The purpose of this demonstration is to bring awareness to the government so full accountability can be achieved for all Prisoners of War (POW) and those Missing in Action (MIA) from all wars.
Rolling Thunder is aptly named for the roar of their motorcycles, a sound not unlike the 1965 bombing campaign against North Vietnam dubbed Operation Rolling Thunder. A title that would endure time and be trademarked in 1990.
Rolling Thunder, Inc is a class 501(c)(4) non-profit organization with over 100 chapters nationwide. While the annual Ride for Freedom is their biggest public demonstration, this Veteran’s oriented organization is active year round in an effort to publicize the POW/MIA mission, promote legislation to increase benefits for Veterans, perform flag raising ceremonies, visits schools and spends countless hours visiting Veterans hospitals. Rolling Thunder seeks to educate the public about the plight that many American POWs were left behind and to prevent Veterans from being left behind in the future. Rolling Thunder Charities®, Inc. a 501 (c)(3) also provides limited financial assistance to Veterans and their families.
On their website, Rolling Thunder is asking members and the public to remember Sgt. Bowe R. Bergdahl from Idaho, who was captured in Afghanistan on June 30, 2009. Sgt. Bergdahl is the only known living American POW in Afghanistan.
Join the effort to help American Veterans, POWs, and those who are MIA. The “Ride for Freedom” is a demonstration you won’t want to miss!
Russ Brown Motorcycle Attorneys®
Ride Safe!