Texting While Driving: Is it as Dangerous as Drunk Driving? 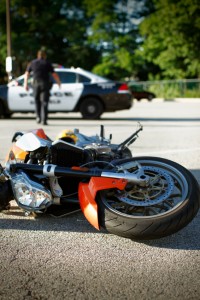 Motorcycle Accident Lawyer: The debate regarding texting while driving is just heating up and lawmakers around the country are struggling with how to address this sudden issue. In most states, texting while driving is illegal but punishable by merely a fine, even if they kill or injure another person in the process. There are those who believe that texting while driving is as dangerous as driving drunk, and therefore, should be penalized as such. In most situations, a drunk driver who kills another driver faces fines, loss of license, and significant jail time; they can even be charged with manslaughter.
The State of Utah is one state that believes that texting while driving should be heavily penalized. After a texting crash killed two scientists, Utah passed the nation’s toughest anti-texting law and offenders here can face up to 15 years in prison. This law, which was passed in 2009 does penalize texting drivers the same as they would a drunk driver and they consider texting “negligent behavior”.
Since studies continue to show that talking on the cellphone while driving is the equivalent to driving with a blood alcohol level of 0.08, lawmakers are beginning to crack down on drivers who continue to engage in this risky behavior. However, texting while driving does raise some complicated legal questions, such as how to identify that someone was actually texting while driving. Receiving a text is not a crime and neither is using your hands-free device to use your cellphone, so proving that someone was texting while driving is a bit tricky.
While it may be tricky, proving that someone was “texting while driving” is not impossible though. Just last week, an 18 year old Massachusetts teenager was convicted of vehicular homicide after his texting led to a fatal crash. The prosecution proved that the teenager was distracted by the text messages and that directly led to the horrific accident. He will have to serve at least one year in prison and will lose his license for up to 15 years.
At Russ Brown Motorcycle Attorneys®, we understand the issues facing motorcyclists across the country, and we know that drivers who text while driving continue to put motorcyclists at risk. We want to know what you think! Should motorists who text while driving be penalized as harshly as drunk drivers?