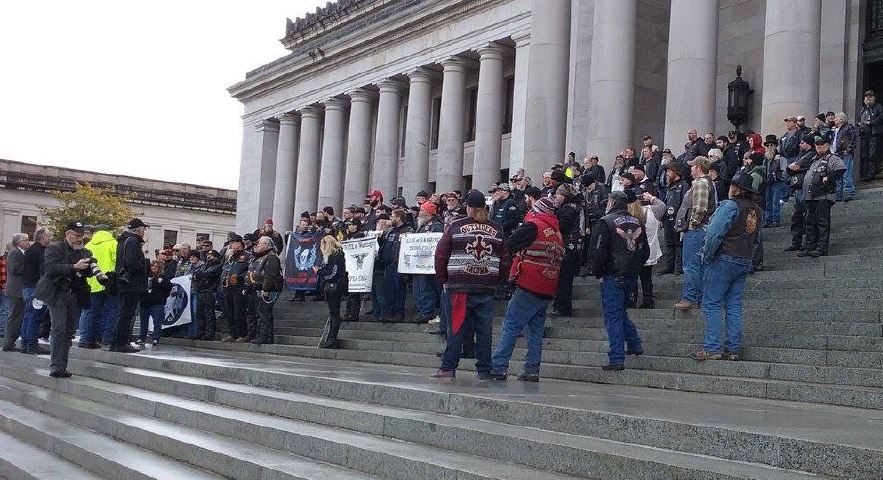 Motorcycle club members and independent bikers in Washington State are again addressing the issue of motorcycle profiling in the state legislature. The Washington State Council of Clubs (WACOC), with ABATE’s support, drafted an amendment to the first law addressing motorcycle profiling, passed unanimously in 2011, to address a recent uptick in profiling incidents over the last two years. HB 2873 proposes two simple additions to a law that has been mostly effective. HB 2873 adds to the current training requirement law by explicitly prohibiting the practice of motorcycle profiling and also providing a relief provision for victims of motorcycle profiling. These simple quick-fix amendments will add strength to the law serving as a model for others currently considering legislation addressing the issue. In 2018, look for California, Nevada, Minnesota and the federal government to offer similar laws. 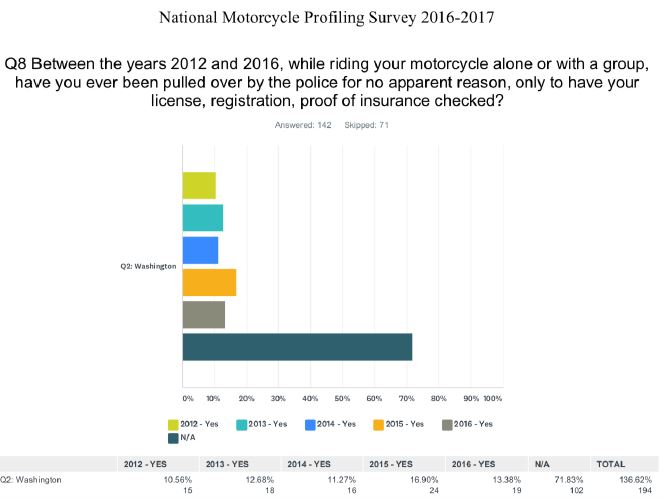 To respond to the recent increases in motorcycle profiling, the WACOC and ABATE are lobbying the legislature to amend RCW 43.101.419, commonly referred to as the motorcycle profiling law. Adding an explicit prohibition and a provision for victims to obtain relief and recover attorney fees will further strengthen Washington’s law. HB 2873 is currently in the House Judiciary Committee and the next step is a public hearing. 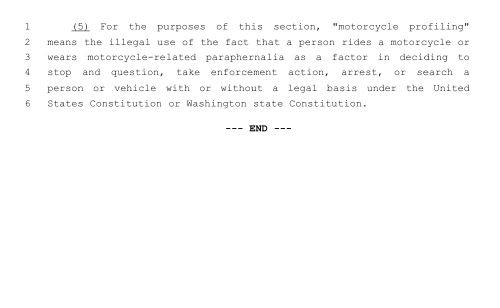 Confirmed by findings such as the National Motorcycle Profiling Survey, motorcycle profiling is an epidemic in the eyes of many bikers in America. Washington State’s politically active motorcycling community was the first to successfully address the issue. After 7 years, two simple quick-fix amendments will serve as a model for the rest of the country and provide a mechanism of justice and relief for victims of motorcycle profiling. To permit law enforcement officers to target a person “who wears the insignia of [motorcycle club], without regard to or knowledge of that individual’s specific intent to engage in the alleged violent activities committed by other members, is antithetical to the basic principles enshrined in the First Amendment and repugnant to the fundamental doctrine of personal guilt that is a hallmark of American jurisprudence.