Where Did The Term ‘HOG’ Come From? 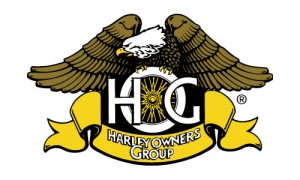 Motorcycle Personal Injury Attorney; Do You Know Where the Harley Davidson Nickname “HOG” Comes From?
We all love Harley Davidsons. These powerful and American built motorcycles conjure up images of black leather clad bikers living life to the fullest on two wheels. In fact, most of us either already own a Harley Davidson or dream about owning one. Yet few Harley Davidson fans actually know where the popular nickname “HOGS” comes from.
The term “HOG”, in relation to Harley Davidson, actually goes back all the way to the early 1920s. In the 1920s there was an official Harley Davidson company racing team known as the “Wrecking Crew”. This racing team dominated the dirt track races that they entered and were known for their winning combination. For fun, the team decided to designate a small mascot as part of their team—a pig. Whenever they won a race, they would pick up the pig, place him on the gas tank, and take their victory lap. It didn’t take long for racing fans and news media to catch on and begin calling them the “Harley Hogs”. Over time, the nickname “Harley Hogs” changed into simply “hogs” and became a popular slang term for the beloved Harley Davidson motorcycle.
In 1983, the Motor Company decided to take advantage of this long-standing nickname and they turned the nickname into an acronym for their group, the Harley Owners Group. They attempted to trademark the term “hog”, but lost the case when an appellate panel ruled that the term was not protectable as a trademark. In 2006, however, they did have their NYSE ticker symbol changed to HOG.
Fun stories like this one make us proud to be motorcyclists. Sharing the history and the culture of motorcycling with the world is part of the reason why we are motorcycle lawyers. We are proud to be the Official Attorney Sponsor of ‘Love Ride 29‘, a great event put on by Oliver Shokouh and Glendale Harley Davidson. The money raised by Love Ride 29 will all be going to the USO, whose all time, effort and money goes to the troops. Love Ride 29 takes place Sunday October 21, 2012.  George Thorogood and the Destroyers will be taking the stage with Canned Heat in beautiful Castaic Lake – a motorcycle event you don’t want to miss. 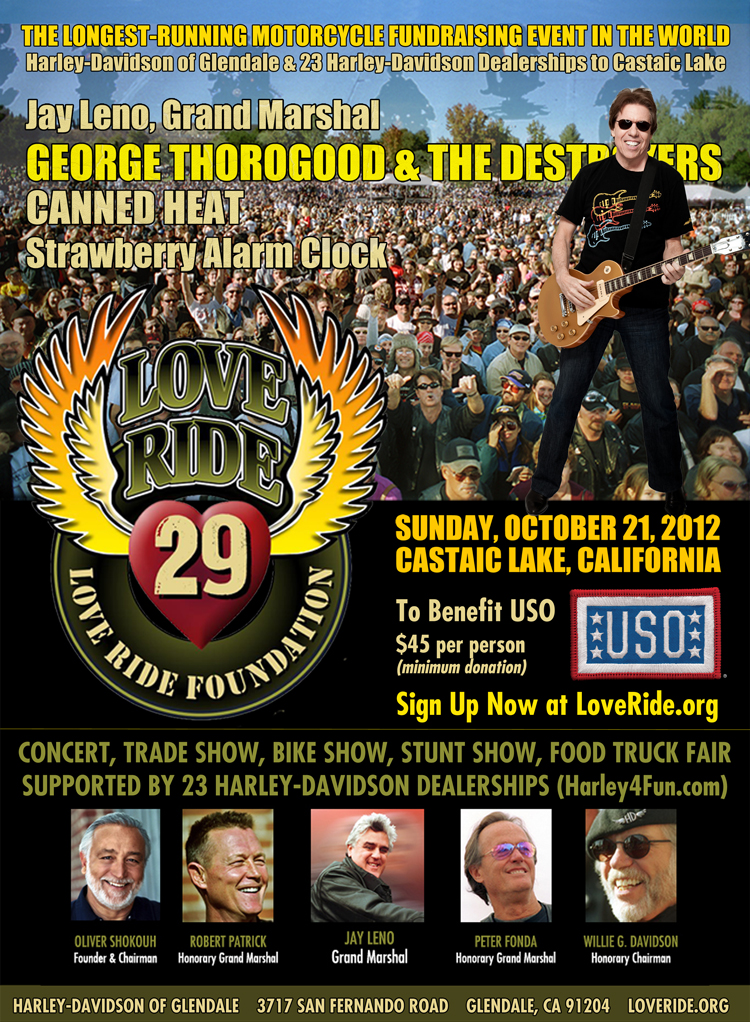 Protecting motorcyclists and protecting their rights is what we do.If you or someone you love is injured in a motorcycling accident anywhere in the United States, call the Russ Brown Motorcycle Attorneys® at 1-800-4-BIKERS for a free and confidential review of your case. We Ride—We Care—We Win.