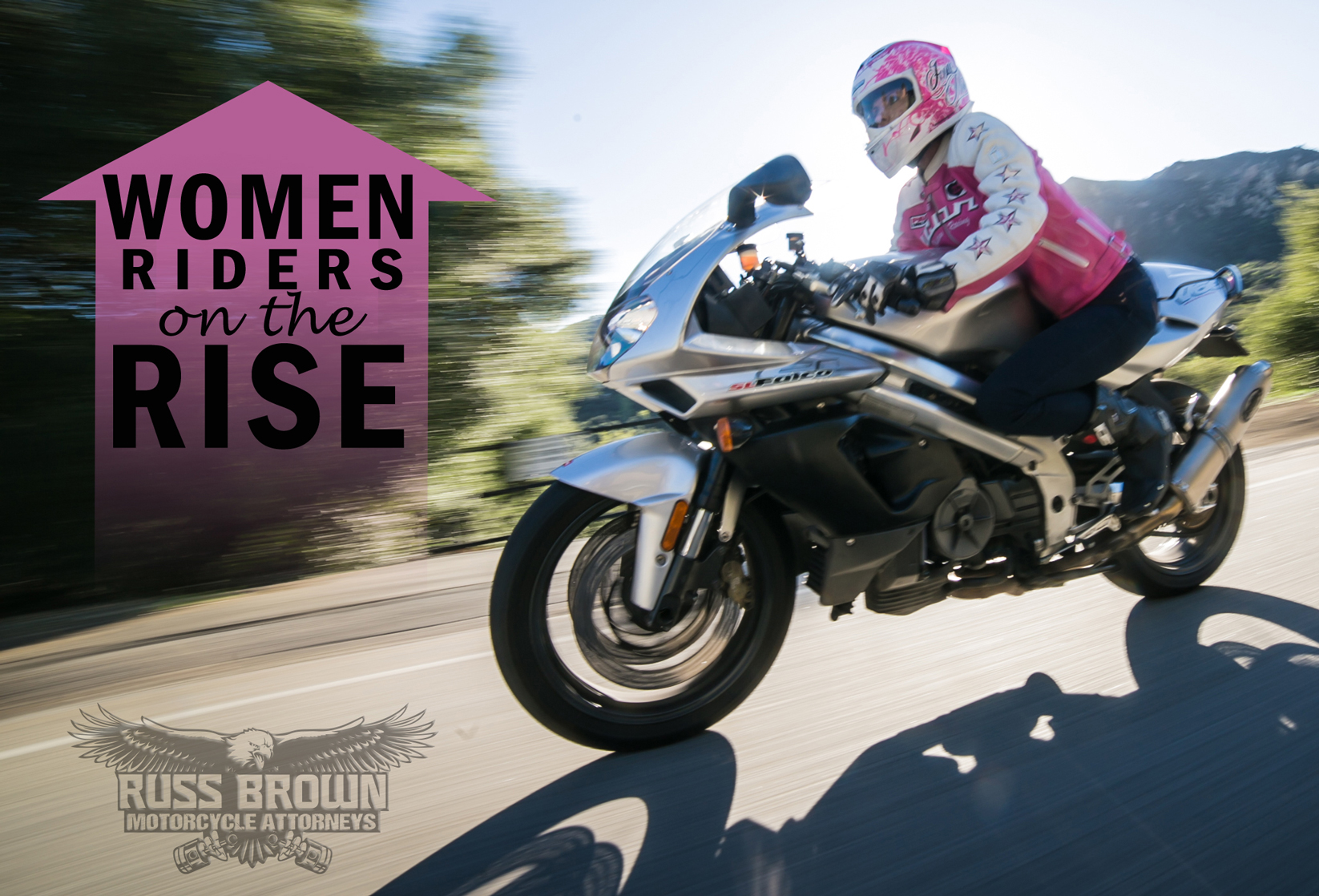 Women Riders on the Rise

For years the realm of motorcycling has been dominated by men yet a recent study by the Motorcycle Industry Council has announced that women riders are strongly increasing. According to recent ownership numbers and sales figures between 2003 and 2014, women motorcyclists have doubled in numbers and are now riding at a healthy 14 percent of all bike owners. “Women continue to embrace motorcycling like never before,” said Sarah Schilke, National Marketing Manager of BMW Motorrad USA. “Of the 9.2 million owners, more of them are women than we’ve ever recorded.”
Up until a few years ago, dealerships saw a small but steady increase in women buying motorcycles; however, some dealerships shared that ladies typically had better credit and would purchase but not ride. So while they technically were the owners of the bikes, it was the boyfriend or husband who was actually riding it. This trend appears to have faded away as numerous industry contacts enthusiastically shared that they had seen dramatic increases in women coming in to purchase motorcycles.
“Women aren’t content to ride behind a man anymore,” said industry legend Rick Fairless of Strokers Dallas. “The ladies know that they can do anything a man can do.” The survey backs up Fairless’ comments by noting that the main reasons women bought a motorcycle were that they wanted to have fun, embrace a sense of freedom, and enjoy the great outdoors.
Women riders are predominately going for Cruisers by a solid 34 percent with Scooters close behind; Sport bikes are in the rear at just 10 percent popularity. Fairless also noted that the female riders that purchase with him also want their bikes customized with aftermarket parts including exhausts, seats, mirrors, and handlebars.
It’s not just motorcycle sales where women are making their presence known. In basic and advanced riding courses instructors are reporting large jumps in female sign-ups for training whether they own a motorcycle or not. The MIC report shared that 60 percent of women took a safety course whereas only 42 percent of men have had any formal training. “In just the past 30 days we’ve been seeing an average of four to five women in the 12-person basic riding classes,” said Keith Rovell of MRH Rider Training in Houston. “I definitely see women riders as a growing trend that will be continuing for the near future and the manufacturers are responding by designing bikes that are comfortable for beginners as well as smaller riders.”
The MIC reports that women riders are even higher among the younger generations with 17 percent being Gen X owners and almost 18 percent identified as Gen Y owners; Baby Boomers make up 9 percent of women owners. In fact, today’s female riders have a college degree and a median age of 39 – versus 48 for men – and they prefer new bikes rather than pre-owned.
Motorcycle salesman Clay Yonts of American Eagle Harley-Davidson in Corinth, TX confirmed these stats when he shared that the ages of women coming in for the bikes appear to be under 45 with strong interest from ladies as young as 17-18 years of age. “The segregation between men and women is closing and women aren’t content to simply be passengers anymore.”