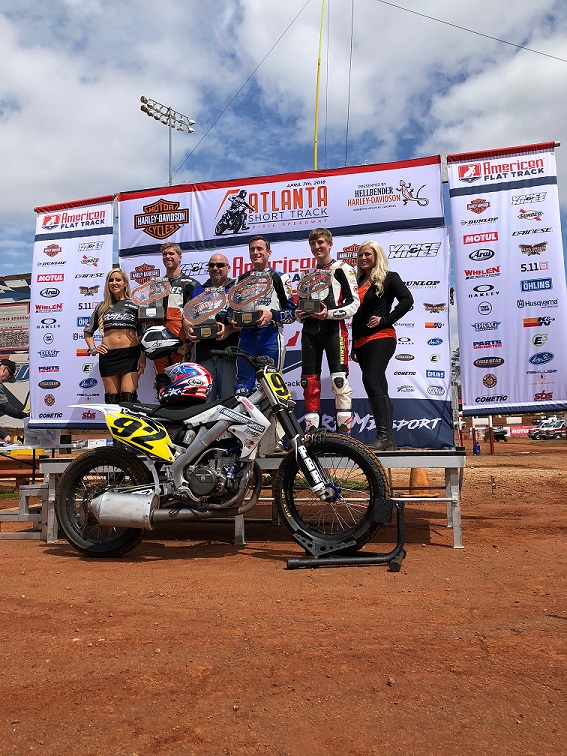 With the heat of the intense matchup at the Daytona TT still pumping through their veins, the racers converged at the Dixie Speedway in preparation for the American Flat Track Atlanta Short Track race this weekend. This 3/8-mile Georgia red clay track has only hosted AFT two times now, but each time has proven to be a killer clash of some of the world’s fastest and most-skilled riders. 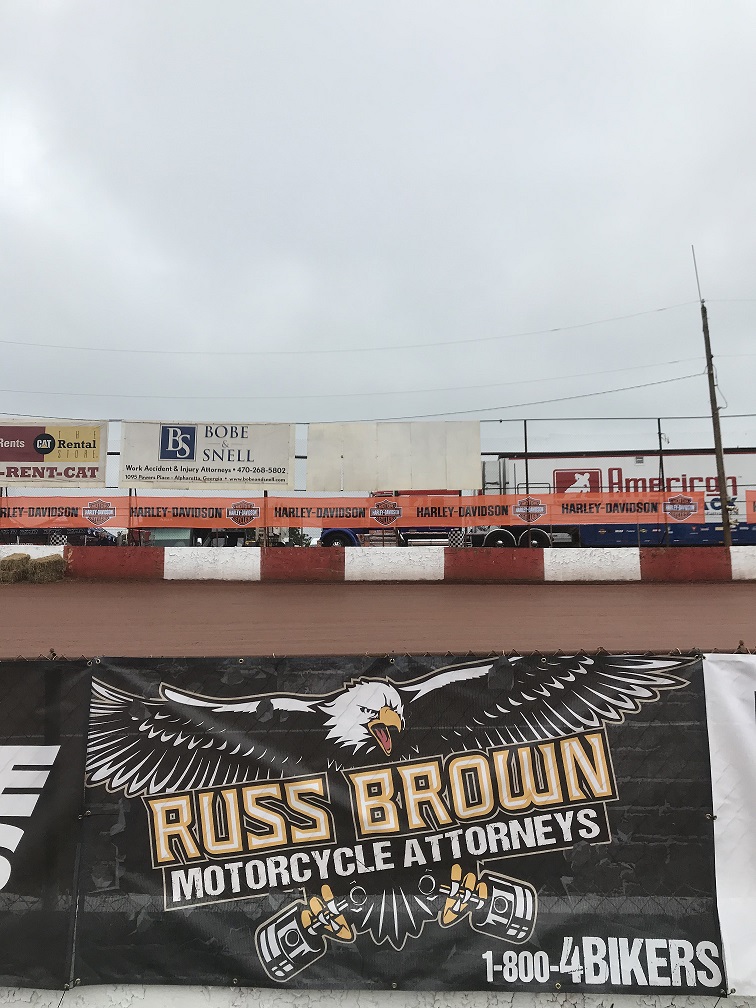 When  Russ Brown offered me the opportunity to cover the races for their social media, I jumped at the opportunity. Anyone who enjoys motorcycling would be fascinated by the amount of raw skill, passion and courage it takes to power a motorcycle around a track at speeds that test the limits of both rider and machine. I have always been in love with the sport, and this race definitely reignited my excitement for what will prove to be a heated 2018 season. 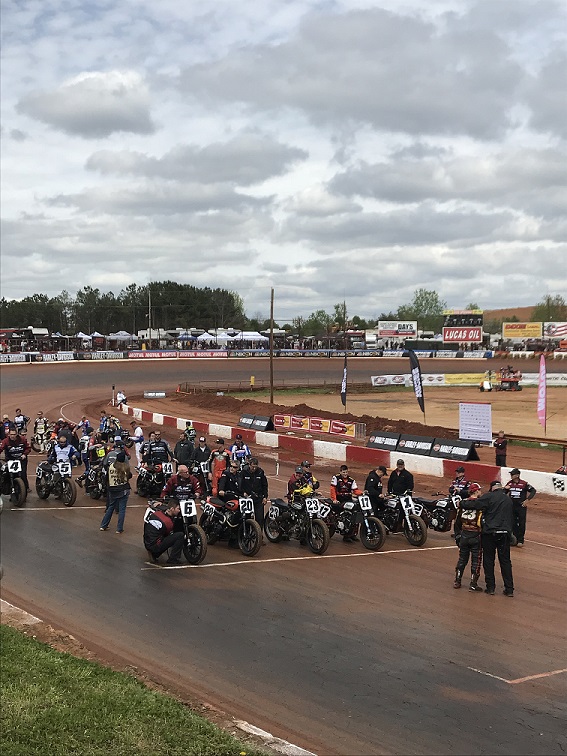 The chill in the air mirrored the palpable tension as riders put on their best game faces in preparation of what proved to be an intense brawl over what turned into a two-day event. AFT has been dubbed “America’s Original Extreme Sport” and this event earned that title as riders ripped around the turns and opened throttle in an attempt to snag the points with the win. The riders have always known this to be a fast, slick track and the precipitation in the air added to the challenge already present.

After Day 1, Johnny Lewis (#10), Henry Wiles (#17) and Kenny Coolbeth (#2) snagged wins in the Twins heats giving them prime positioning for the Semifinals to take place on Sunday. In the Singles, defending champ Kolby Carlile (#1), Ryan Wells (#94) and Cole Zabala (#51) snagged the top spots.

Day 2 began with better weather and riders refreshed and ready to clinch the win.

The Singles class has proven to be a good mix of fresh talent and seasoned riders, all of them slinging clay as they ripped around the curves finding their lines and passing contenders. In the semifinals, an early pileup of half of the riders threw a quick hush over the audience. #94, Ryan Wells, hit a slick spot early in Turn 2 and found himself on the ground with about half of the pack behind him, taking 7 more riders down. The crowd sat silently as they anxiously awaited confirmation that all riders were whole. After a grueling waiting period, all 8 riders seem to be alright, a testament to the importance of solid race gear.

When it came time for the Main, it was the 18-year-old Brandon Price (#92) who took the well-earned victory lap around the track after an impressive win of the Singles class.

The Twins semifinals found Indian riders on top with the factory rider and defending-champ Jared Mees (#1) and Coolbeth taking the top spots.

The Main event, consisting of 25 laps, is a battle of titans, with riders consistently cutting new lines in order to move positions in a quest to stand on the podium in Victory Lane. Harley-Davidson factory rider Jarod Vanderkooi (#20) held a consistent 2nd position for a majority of the race, but was bested by Coolbeth and Jeffrey Carver (#23) who rides a beautiful Harley-Davidson XR750. While Mees may have faced challenges the previous day, he was unphased and found himself consistently ahead of the pack in the Main, earning his second win at this track and second win of the 2018 series.

AFT races have always given me a rush, and this one was no different. My pulse quickened and my breath stopped as racers zoomed past me, tossing dirt my way (I was literally picking it out of my teeth by the end of the day). I appreciate Russ Brown, not only for sending me to this race, but for sponsoring this series and supporting a sport about which I am intensely passionate. If you missed the races this weekend, tune into NBC Sports on April 14th at 5:30PM EST for a broadcast of the action!