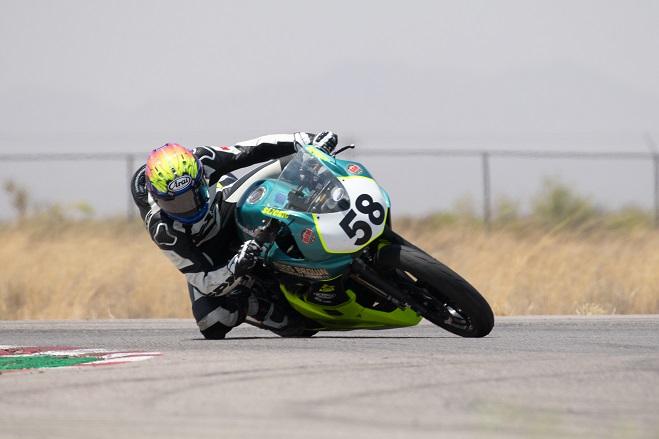 I was excited and confident going into round 4 of ASMA. Saturday’s practice was super-hot. The track temp was 140 Degrees and the traction was greasy. I knew this weekend was not the weekend I’d be able to get the 250 CW lap record. I ran old race tires on Saturday to conserve my race tires for Sunday. I must admit, I had a blast sliding around everywhere. Riding Motocross has definitely helped with bike feel and confidence.
As I was getting ready for Sunday Morning Warm up, my dad rolled in with his Moto Van and my 2015 KTM RC 390. We planned on putting the new K TECH Rear shock on and some Q3+’s and trying to go out in a few races to get some riding time on it before Laguna. Unfortunately, we had some problems getting the Rear shock on so I had to Race the Ninja 250 in 3 of the 4 races I entered.
My first race was 300 Superbike, I got the Holeshot into the kink and put my head down. I looked back and saw Roger Stalking me. He was not making any moves so I suspected he was studying me till he made his move on the last lap. The last lap came around and I ran into some lappers, I passed them on the outside of turn 2 but it let Roger Heemsbergen get close enough to draft me on the back straight. He waved as he passed, I wasn’t going to let him beat me so I made a risky pass under braking on the outside into turn 3. I ended up finishing 1st in that race. 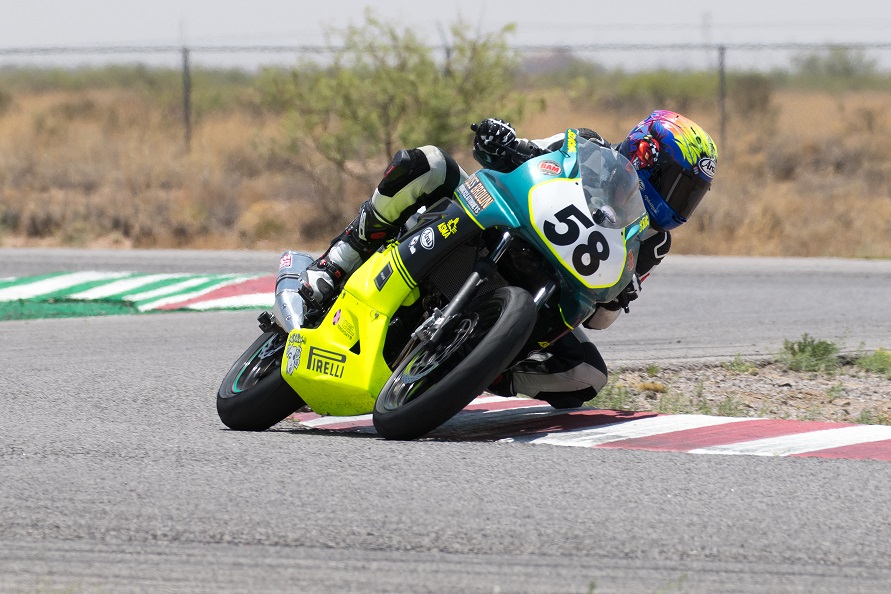 My second race of the day was Ultralightweight GP, this direction was hard to get up front against the R3’s the first lap due to the straightaway being close together. I got a great start and was in 2nd behind Art on his R3. I made quick work of trying to pass him and by the end of the 2nd lap, I started to create a gap from 2nd. I lead the rest of the race to a win.

The next race was Southwest Thunder/500 CUP, I got a great start again and found myself in 2nd behind Art. I passed him as soon as I could and put my head down. I had a pretty lonely race in 1st so I just focused on having fun and hitting my marks. I remember tucking in on the back-strait visioning what I will do in turn 4 and just smiling because I was excited to just rail the corner (lol). I ended up with a Win in that race as well. 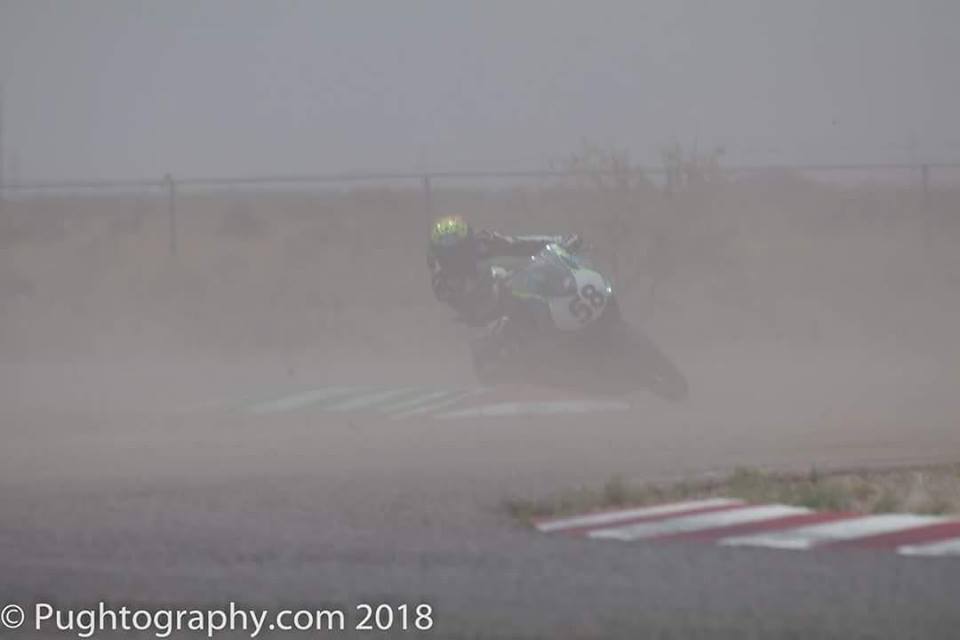 My last race of the day was Formula 500, the money race. I was leading the championship going into this race. However, my dad had just finished putting the tires on the KTM and put the warmers on at 1st call. I decided to ride the KTM to get some laps on it before Laguna. I figured the Motoamerica Laguna Round was more important than leading the championship so I lined up on the KTM without riding it for over a year. The Suspension was the same as the CUP spec I raced on in 2016. As you can imagine it was super soft being set up for a 100-pound rider (I’m 140 without gear now). I didn’t get a good start at all, I was in 4th on the back strait. The bike was very unstable, it was wobbling in the corners and under braking. I was slower on the KTM then I was on the Ninja 250. I managed to get a 3rd and salvaged some points for the championship. Coming back into the pits after the 9 lap race I was honestly pissed off, I’m such a different rider then I was in 2016 and I expected to be faster on the KTM. After cooling off and the adrenaline wearing off I was starting to think clearly again. I realized that was my first 9 laps on the bike in over a year and the suspension is way too soft. Think now, I’m glad we realized how bad it was now before Practice at Laguna. We’re hoping to get some track time on it within the next few weeks if the suspension is done by then. I’m confident we will get some good testing done before Laguna and help our confidence with the bike going into the big race. 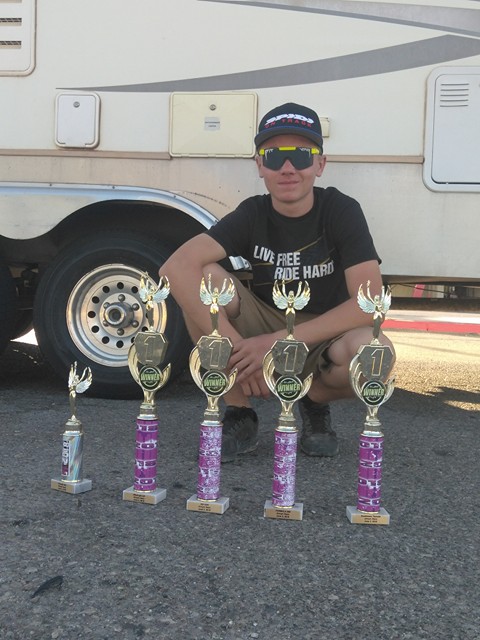 I can’t thank everyone who has donated to our Laguna trip enough, there’s just too many people to thank. The best possible way I can thank you all is a Podium interview. I would not be where I am now without my amazing sponsors, GOD, Russ Brown Motorcycle Attorneys®, Spidi, Arai Helmet Americas, XCEL Trackdays, Heems Racing, ASMA Family, ODI Grips, Sidi Moto USA, Speedcell, Evan Steel Performance and, Imune Clothing. Let’s make this Laguna Seca trip memorable. Thanks to Eric Pugh for the amazing photo. Make sure to check out his race Photos!