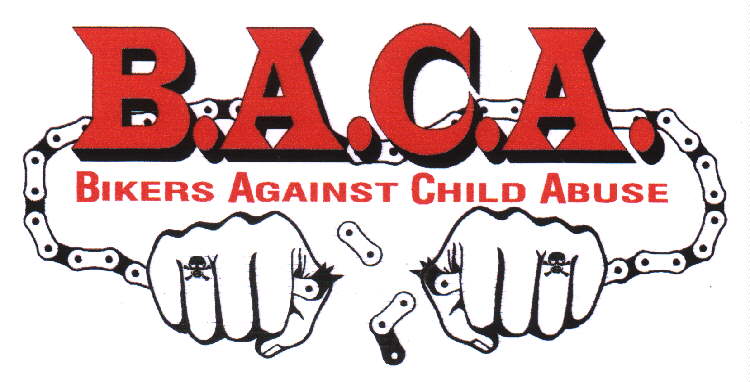 Every year, there are more than 3 million reported cases of child abuse involving more than 6 million children. This horrific statistic could be even higher, since it is estimated that many cases of child abuse are never even reported. Yet this dark statistic has not gone unnoticed in the biker community. The Bikers Against Child Abuse is a group that has forever changed the lives of innocent child abuse victims and fights to protect them.

One such victim is known simply as Froggy. Four years ago, Froggy and her two brothers were the victims of physical and emotional abuse. It was in their darkest hours that they came to meet the Bikers Against Child Abuse. These bikers are referred by police and judges to listen, stand guard, or even protect a child in a courtroom. These amazing bikers have even stood guard outside of a home, ensuring that the little ones inside feel safe and protected from the abuse they have suffered.

The Bikers Against Child Abuse exists to empower children to not feel afraid of the world that we live in. They work in conjunction with local and state officials and desire to send a clear message to both the victim and the abuser that this child is protected.

“We stand at the ready to shield these children from further abuse. We do not condone the use of violence or physical force in any manner, however, if circumstances arise such that we are the only obstacle preventing a child from further abuse, we stand ready to be that obstacle.”

How did BACA Start?

The Bikers Against Child Abuse started as an idea to help one single child. At the time, this particular child was 8 years old and so frightened of his abusers that he would not leave his home. John Paul “Chief” Lilly was so moved by this story that he wanted to include this boy in his biker circle. In 1995, the idea to rally bikers in the community to defend these wounded children began with a simple ride of 27 bikers. From there word spread quickly and chapters began sprouting all across the country.

One of the greatest assets of BACA is that they provide these children with a “biker family attitude”. These children are part of the group and the biker family. They instantly realize that they do not need to be afraid anymore because they are not alone; their “biker brothers” will be there under any circumstances. This biker brotherhood is saving America—one child at a time.

To see where BACA is having events or to learn about a local chapter head to their Facebook page here.

Local BACA chapters can be found in the following states: