If you haven’t been, you’ve probably at the very least heard of the motorcycle mecca that is the Born Free Motorcycle Show, held annually in Southern California’s Santiago Canyon. The event started out as a small chopper gathering in the streets of LA, catering to a few hundred spectators, and has grown into a weekend long event with over 30,000 attendees and counting. With Russ Brown Motorcycle Attorneys® as Title Sponsor in BF’s ninth year, it’s clear that the event is no longer a grass-roots-driven chopper-only event, but a bucket list destination for any motorcycle enthusiast who appreciates the DIY idealism behind building a custom motorcycle, but also the community that keeps this custom culture alive. 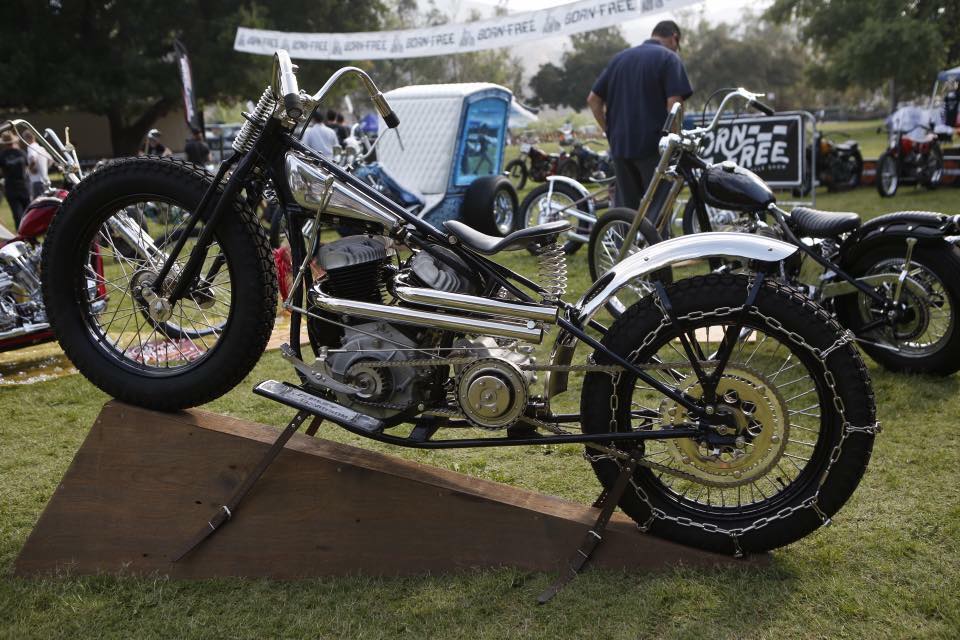 A weekend at the Born Free show grounds can be described a number of ways. With no cell service and the chic moto fashion abundant, it’s almost like a step back in time to the chopper days of the 70’s. Despite the 100+ degree heat over the weekend, vendors and spectators made sure to make the best of it. Water guns were hidden in most of the vendor booths, choppers made their way into kiddie pools to create temporary exhaust-driven swamp coolers, dozens tried out the dunk tank, and the famous Loser Machine boob kegs poured PBR’s for hours on end. Dumptruck and crew could be found in their speedos, assaulting the eyes of those who braved to stare at their attire for the day. If there’s a simple way to put it: Born Free is a giant motorcycle party with you and thousands of the closest friends you didn’t know you had. This isn’t your typical motorcycle gathering and/or “rally.” As if people-watching isn’t enough entertainment, the Born Free team organizes plenty of events throughout the day to ensure there’s never a dull moment. Although the Wall of Death wasn’t set up this year, the Vans crew built a two-story half pipe and invited dozens of pro skaters, including legends like Steve Caballero, to entertain the crowds. Between bands playing on two stages, bike giveaways, and the shopping spree that is the wild array of vendor booths, there’s plenty to see and do over the two days at the show. The ninth year brought in not only a plethora of hand built choppers, but also dozens of modern customized machines, thanks to the San Diego Customs FXR & Dyna Shows over the weekend. Performance built is the new period correct, and the show was proof of that. Blood, sweat, and cases of beers were probably destroyed in the making of these bikes. Whether you approve of the integration of the modern moto-builds or not, there’s one thing everyone can agree on: there wasn’t a shortage in creativity in this year’s showgrounds. 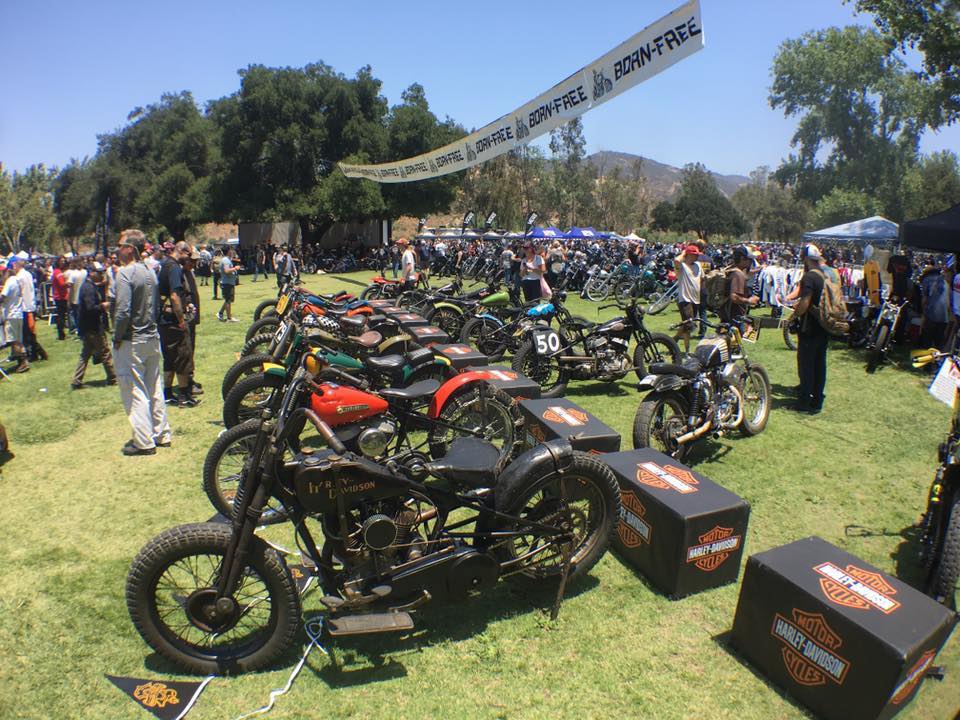 If you haven’t been to the “motorcycle mecca” yet, now’s the time to add it to your calendar for 2018. Get your water guns and speedos/camera ready, because the 10th annual Born Free Show is guaranteed to be one for the books. 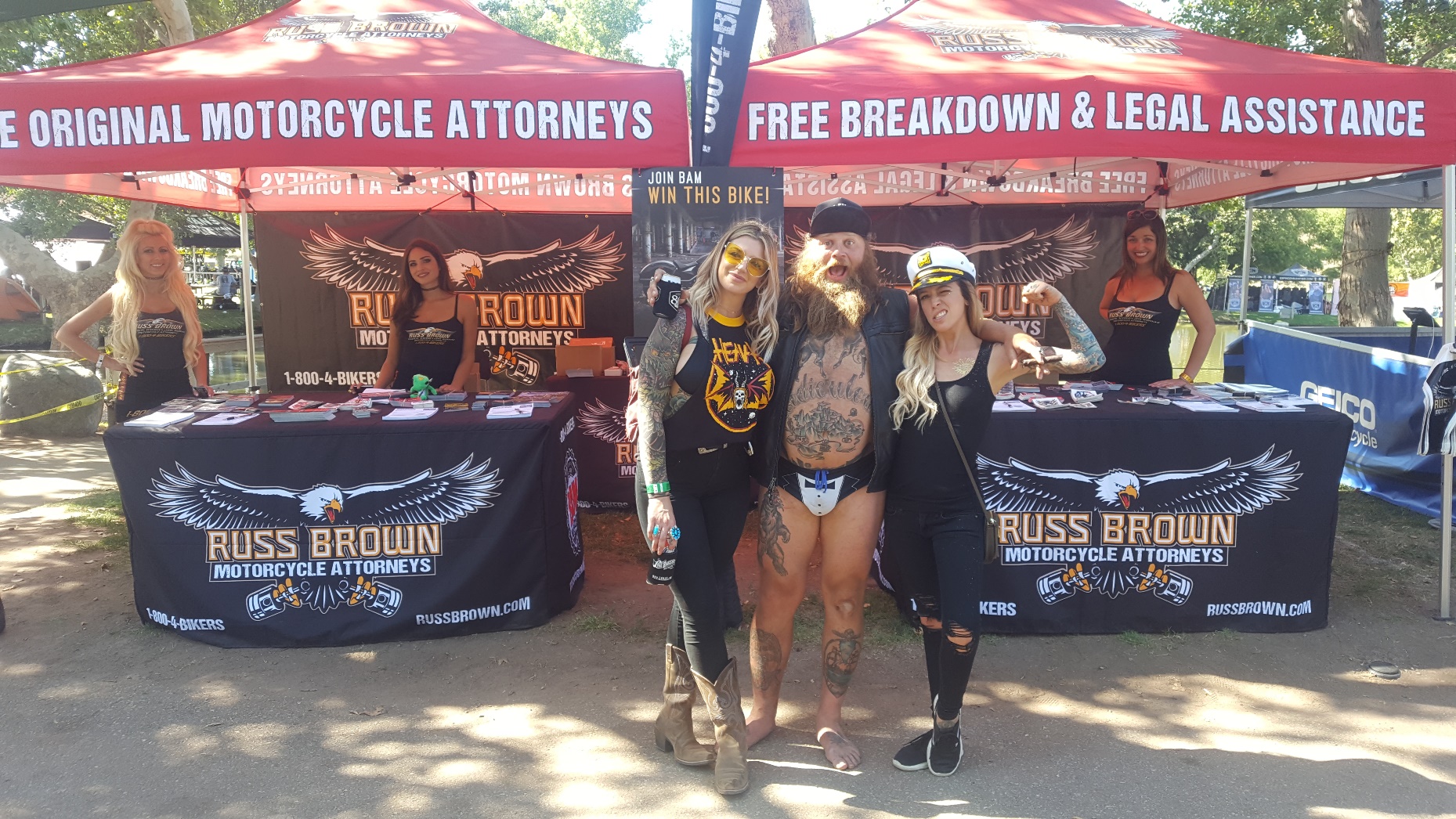