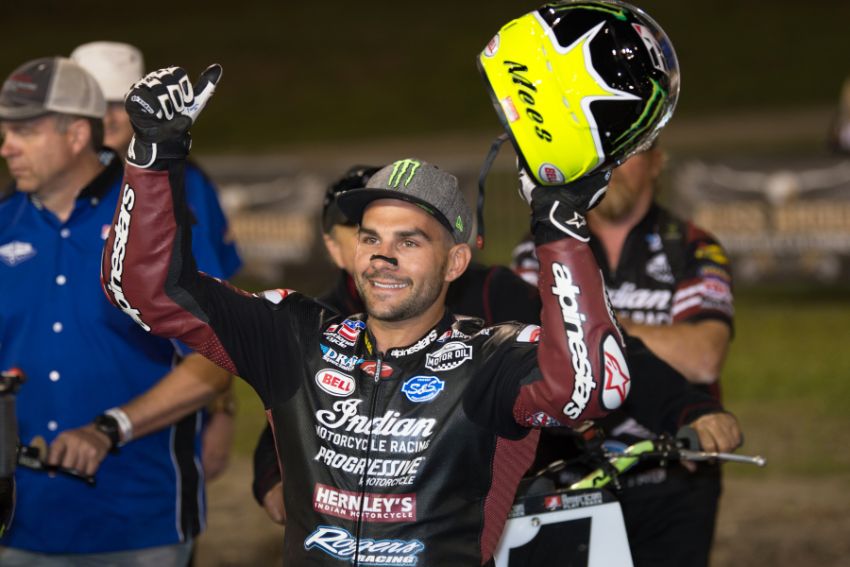 Hey Everyone!
I just wanted to say what’s up and give everyone an update on how the season’s been going for me and the team. One of the biggest highlights of this season, and possibly of my career, was this season’s race at the Lima Half-Mile. The Lima Half-Mile is one of the oldest running events and takes place on what we call a cushion type of racetrack. A cushion racetrack is more of a loamy, soft dirt that’s usually made of a sandy pea rock mixture and creates lots of different lines on the track, making it a whole lot of fun to race on. Lima was my very first grand national win and I also help promote the event, so I’m always excited when it finally rolls around.
The day started out decent with some solid performances in the Qualifying and Semi races. We lined up for the main event and I got a great jump and started to have an epic battle with Briar Bauman. We diced it up quickly until there was a red flag. We lined back up and went at it again, but Briar had an issue with his tire and was out of the main event, so now it was Carver who was giving me a fit. Lap after lap we went at it, all the way down the last lap. It was one of the best battles I’ve ever had and we were good enough to get the win. With both promoting and winning the event, it really was a heck of a weekend. The next weekend we had off with the 4th of July and I used the week to stain my deck and catch up on some things around the house. Next up was Weedsport, New York, a short track race during the 2nd weekend in July. I really don’t have much to comment on that one except we struggled and ended up 7th.
I cruised on down to Pennsylvania where I was born and raised to hang out with the family and get some time in at the beach. It was a good little break that we wrapped up with a Charity ride for Henley’s Indian with proceeds going to the Four Diamonds Organization, a group based out of the Penn State Children’s Hospital that fights childhood cancer. The ride was a blast, but it happened to be on one of the hottest days of the year. We cruised to my grandfather’s restaurant and back for a dinner provided by Hernley’s.
Next up was basically the start of the 2nd half of the season beginning in Sturgis with a Sunday race at the legendary Buffalo Chip. Then that Tuesday we had a race at the Black Hills Half-Mile in Rapid City, South Dakota and followed that up with a race on Saturday in Sacramento, California. So yes, three races in six days. The Buffalo Chip went well. We grabbed a 3rd place and that was good considering the place sucks to pass on and the start is everything. The next race was the Black Hills Half-Mile, which is one of the best tracks on the circuit, but it was a race to forget after a crash in the Main Event due to a flat tire. The Sacramento Mile is legendary on the circuit but was rained out back in May and was postponed till August 10th. I’m glad we could come back to this place where we fast qualified, sat on the pole for the main event, and ended up winning the main event. The bike was awesome all day long. 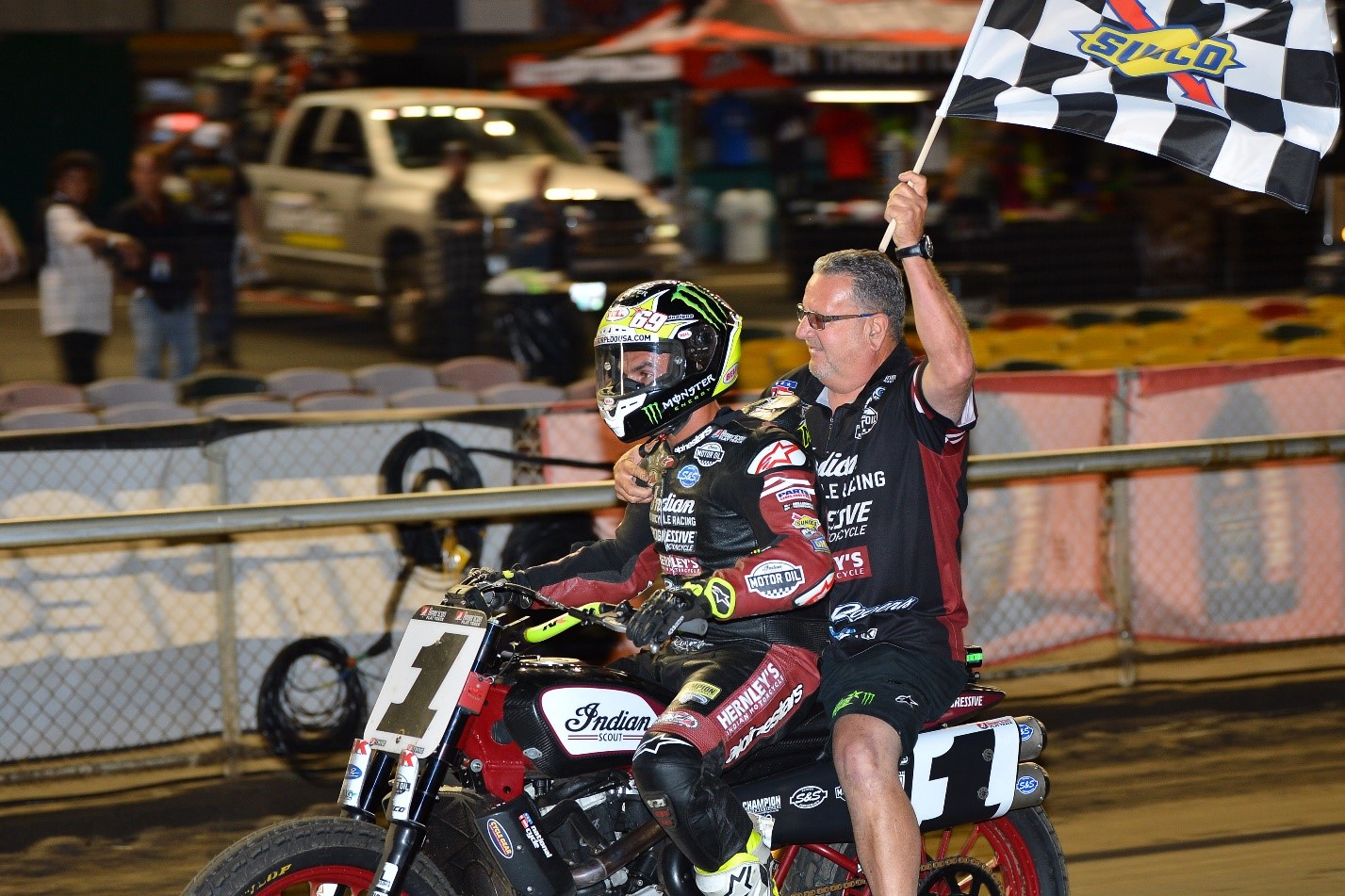 Anyway, that’s what my season has been looking like so far. Kinda up and down, literally. I’m looking forward to finishing the remainder of the season with some wins and where the points fall, they fall. Thanks to everyone for tuning in and Russ Brown Motorcycle Attorneys® for giving me the opportunity to update all my fans and followers. Catch the American Flat Track TV broadcasts on NBC Sports and tune into Fanschoice.tv the day of the events to watch live.