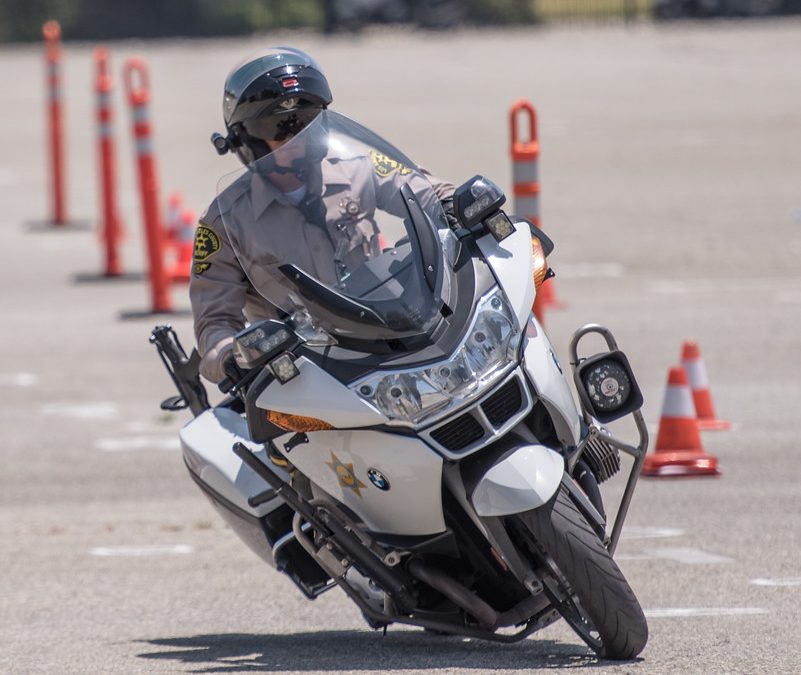 Learn to Ride Like a Professional California Motorcycle Officer

I am a police motor officer for one of the largest departments in the United States. I am a certified basic and intermediate traffic collision investigator. I have worked in the traffic department for the last 10 years where I have investigated thousands of motorcycle and car accidents. I wanted to share my passion with other riders, so I became a California Motorcycle Safety Program basic and intermediate riding Instructor. I also started a business called Prorider Antelope Valley where I teach riders the skills that I have learned in motor school.

Becoming a police motor officer wasn’t my first thought when I joined the Sheriff’s Department. I loved riding motorcycles but never thought of it as a career. A spot was opening at the station where I was working. Being a good police officer, I wanted to investigate the position and see if it was something I would love to do. I decided to ask the motors (AKA Police Motor Officers) how they liked being on a motorcycle daily. I had never heard so much positivity about a position. It wasn’t just about working on the motorcycle, but you had a take-home bike with more pay. I was super excited about taking my passion for motorcycles to the next level by becoming a motor officer.

After spending a lot of time researching about becoming a motor, I decided to go for it. I knew that motor school had a 50-60 percent failure rate, and I did not want to be part of the failure rate.

I knew that I needed to buy an old police motorcycle to start the training. I got myself a 2007 BMW R1200RT to start my training. I was told by one of the motor officers that the hardest 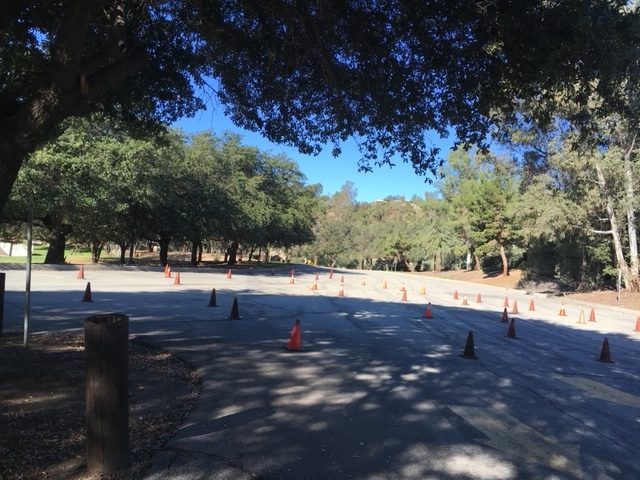 I spent 12 months practicing the cone weave and making sharp U-turns. I practiced for one hour a day and five days a week. It took me four months to get the cone weave down to a science. I would usually be able to go through a few cones and then I would have to power out of the pattern, or I fell over. I must have dropped my motorcycle over 100 times trying to master the pattern. The cone weave required a lot of concentration to master.

In my one hour of training a day, I would go through the cone weave as many times as I could until my motorcycle overheated. Each time I went through the cone weave, I would make a sharp U-turn and go back in the opposite direction. I was practicing low-speed skills keeping my motorcycle upright and cornering at low speeds where I got to lean the motorcycle over on its side. Once I got tired of doing the cone weave, I would use the large parking lot I was in to do figure eights. I would also do tight circles until I was starting to feel dizzy.

Here are the things required to really master the cone weave and pretty much any low-speed technique:

If you can learn to master the cone weave, which seems very basic, but it will improve all other areas of riding. If you know when and where to let the clutch out, how to apply the throttle, how to apply the brakes, and your body position, everything else will become much easier. As you continue to do more and more low-speed skills, your bike will lean further and further over. This will give you confidence at higher speeds because you already know that your motorcycle can really lean over. It will also give you confidence in the traction of your tires.

When I first started practicing to become a motor officer, I couldn’t make a U-turn and low-speed skills were non-existent. I was not real comfortable on the bike but through continuous training, I built up my riding skills and confidence. I built up my confidence with a very basic pattern. By the time I was done training to become a motor, I could completely stop my motorcycle and while balancing my motorcycle, I could turn the handlebars and continue the pattern. I would do this through approximately 8 cones.

The 40 MPH deceleration and 30 MPH swerve are great tools to keep you alive on the street. I would highly recommend practicing the low-speed skills but also work on the 40 MPH deceleration (Emergency Braking) and 30 MPH swerve. Those two exercises will help you avoid most motorcycle accidents on surface streets. Go into a large parking lot and work on braking as hard as you can without locking up either tire or going into ABS if it’s equipped on your motorcycle. If you have ABS, which I highly recommend, get that motorcycle into ABS so you know what it feels like but do not depend on it. I have had ABS fail on me and due to my extensive training, I immediately realized what happened and I was able to react properly.

In conclusion, we all know that motorcycle riding is dangerous and can have serious consequences if we’re not paying attention and don’t train. Learn your low-speed skills and accident avoidance skills. Take an advanced motorcycle class. The more training and practice you do; it can reduce your possibility of being hurt or killed in a motorcycle accident by 50 percent. You don’t have to train as much as I did but if you have some time to kill, go into a parking lot for 15 minutes and practice. 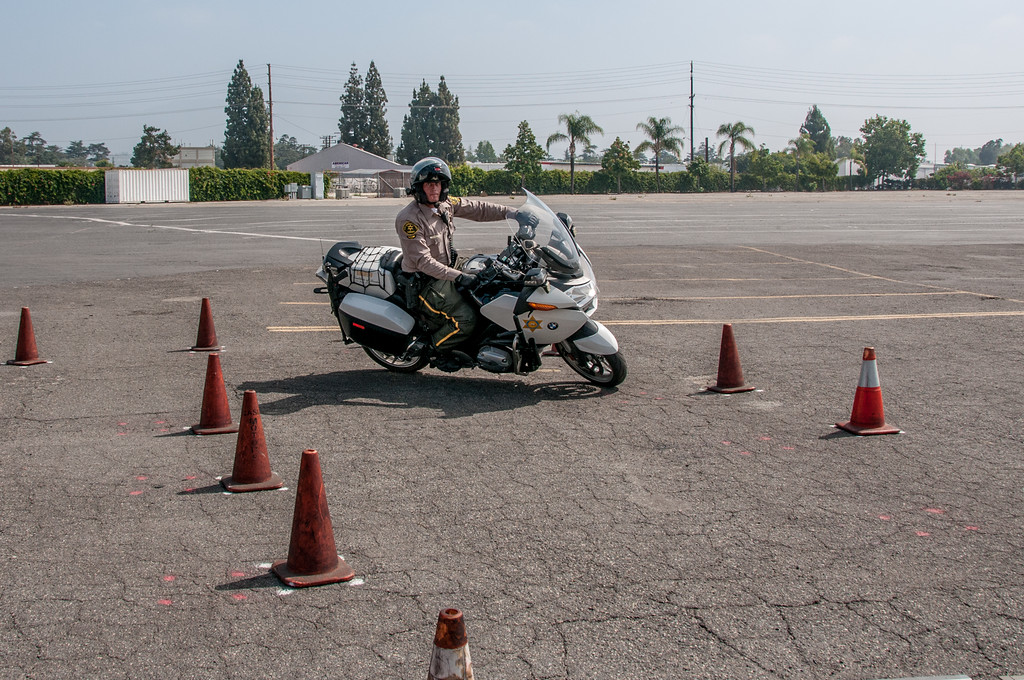