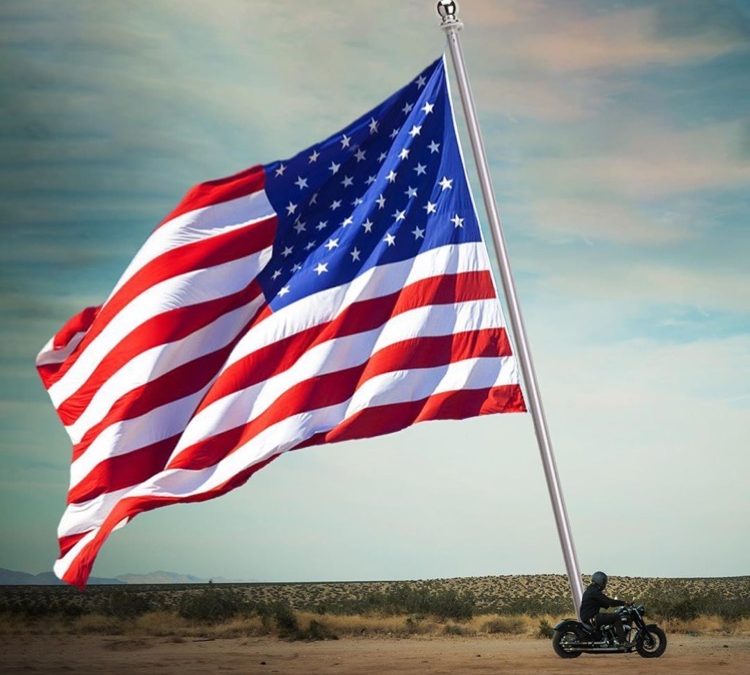 The world record for largest flag ever flown on a motorcycle, set and then set again. Rider: Terry Madden (@terry_madden) Sponsored by: Russ Brown Motorcycle Attorneys (@russbrownmotorcycleattorneys) The world record ride was completed on July 1, 2020 with a 12’x18′ flag and then set again with a 15’x25′ flag. Film was produced by Tobacco Motorwear (@tobaccomotorwearco) with the support of many talented cinematographers, photographers and volunteers. The custom flag mount was fabricated by Terry Madden. These giant flags were pulled by a 2001 Harley Davidson Road King Police Edition motorcycle. 4 rides were made, 3 with the first flag and 1 with the second larger flag.