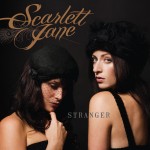 Russ Brown Attorneys: Motorcycles and music go hand ‘N’ hand and we are blessed that many of our motorcycle events and rallies have incredible concert attractions. Canada – our neighbors to the North, hosts many beautiful scenic rides. There are great motorcycle events like Port Dover every Friday the 13th and music festivals that are amongst some of the favorites in the motorcycle community including Dauphin’s Countryfest in Dauphin, Manitoba at the end of June or the Mariposa Folk Festival in Toronto in July.
Performing at this years Countryfest are some of the music industry’s best, including Reba, Ronnie Dunn, Bachman & Turner, the Zac Brown Band and soon to be favorite of everyone’s, Scarlett Jane.
SCARLETT JANE
Scarlett Jane. Define this new duo as: raw honesty, haunting harmonies, sensual whimsy and bust-your-heart songwriting. Andrea Ramolo and Cindy Doire make up a warm wind from the north – this Canadian twosome melds country with blues and soul, mixed with a big helping of rock ‘n’ roll.
Scarlett Jane is a new duo, but the two women who make up the group carry a chain of solo tours into their new act. They met several years ago at a tiny Toronto music venue, and quickly discovered that the blend of their two voices made an even greater impact than either one alone. They’d been friends for years, singing together and work-shopping songs and playing shows together. The musical pairing was so right that once they committed to the project, they took off for Mexico and wrote most of the songs on their debut album in six days! Audiences are almost that quick, flocking to their songs of desire, desperation, love and loss.
You just may recognize them: Andrea has already released two solo records, and crossed Canada four times on national tours. Cindy’s tours have taken her across French Canada and Europe, and two of her three solo albums are in French.
Scarlett Jane’s debut album is “Stranger,” and one listen will make you sorry you didn’t discover them sooner. Folky, emotional, country-rocking, powerful, somehow radically new and dramatically familiar at the same time. Scarlett Jane’s first tour as a duo will bring their music to 35 cities in Canada between May and July, backing the recent release of “Stranger.” (Stranger video)
Feel free to go ahead and love them – there’ll be more where “Stranger” came from. Both women are committed to great music careers with their new band. Cindy says you never know where a music career will take you, “But we’re already thinking of our next album and we’re confident that it will be even better than this one.”

Check out Scarlett Jane on Itunes.
“Stranger will be released this May, and it’s a powerhouse record: murder-country ballads and dark, rolling-thunder folk anthems, all anchored by the duo’s soaring, haunting harmonies. Though not necessarily a departure for either artist, it is the strongest work of their respective careers. The collaborative writing energized their muse and elevated the quality of their songs to a level they’d only strived for until now.” Kitchener/Waterloo’s The Record by Patrick Finch
Russ Brown Motorcycle Attorneys®,
We Ride We Win We Care!
1-800-4-BIKERS Nationwide USA