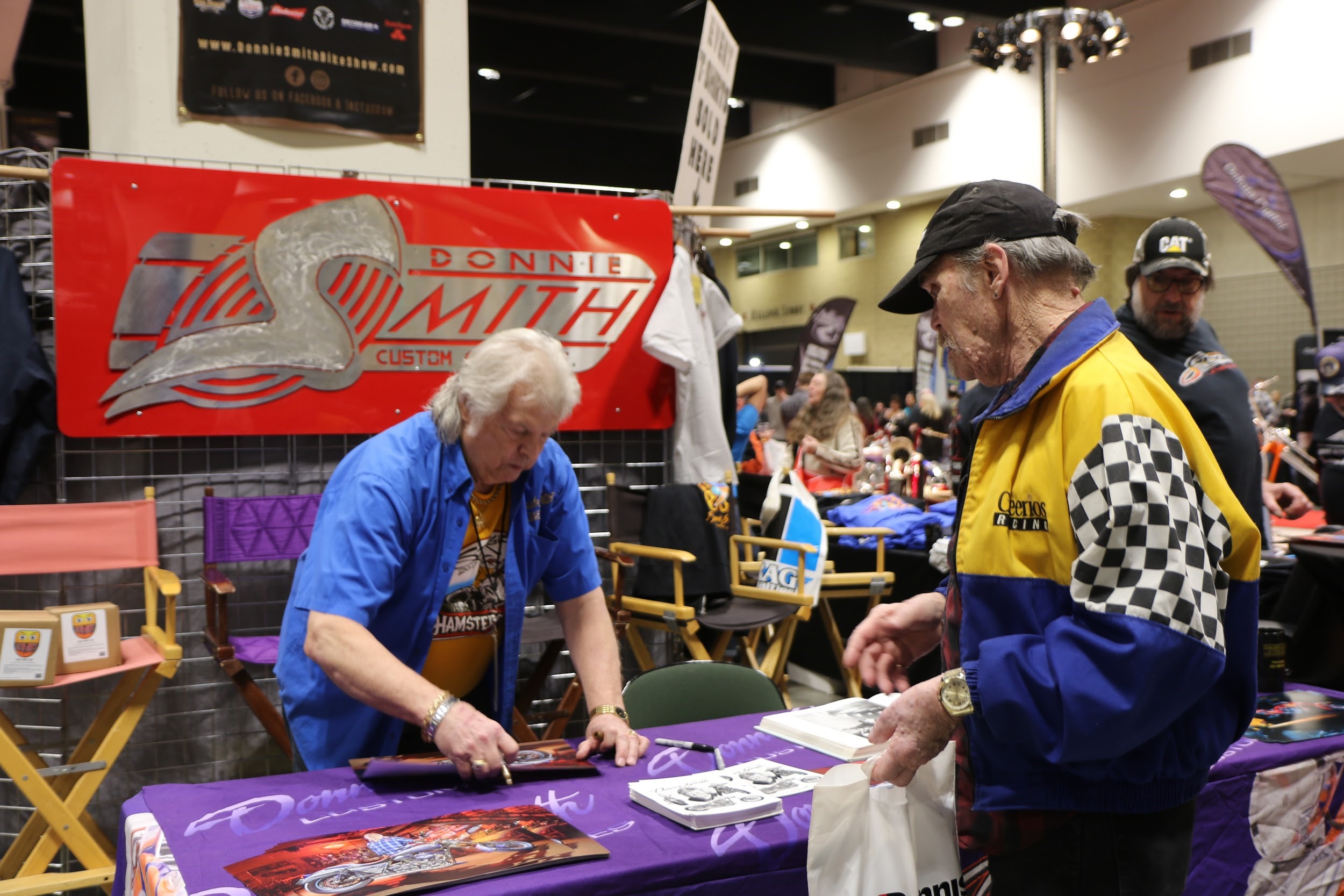 Donnie Smith – a legend in the motorcycle world, hosts a yearly show right at the brink of spring in the Midwest. Donnie himself is best known for his crazy custom motorcycles of the 70’s era – which was actually, not Donnie’s first choice in customization.
Donnie ran a drag race shop, but after soon realized that customizing bikes was the way to go. Shortly after the transition to motos, Donnie met two more bike builders – Arlen Ness and Dave Perewitz, two names you will likely recognize right away! These three were paramount in leading the way in the bike customization scene. Each is a legend in their own right.
To this day, Donnie hosts the show and loves to sit and chat with fans. You can find him in his booth, right in the middle of the show, signing autographs and showing off his builds! 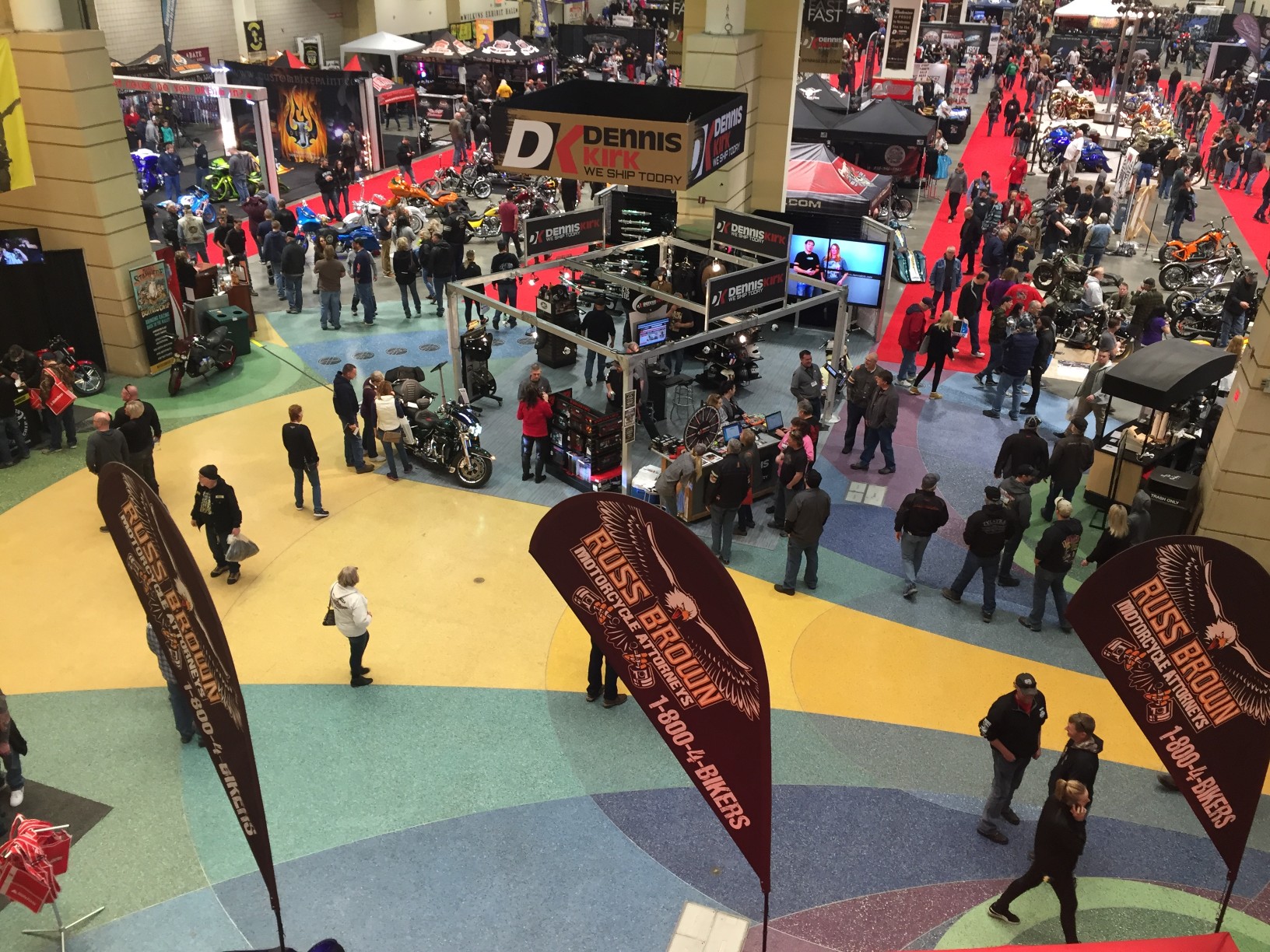 The show takes place at the River Center in St. Paul, Minnesota – a large convention center right in the heart of the Twin Cities. Heading down the stairs, you’re welcomed by several vendors as you head into the show. Immediately to the left of the stairwell, you’ll find the Russ Brown tent, where you can sign up for your BAM roadside assistance card, before heading in to check out the bikes. 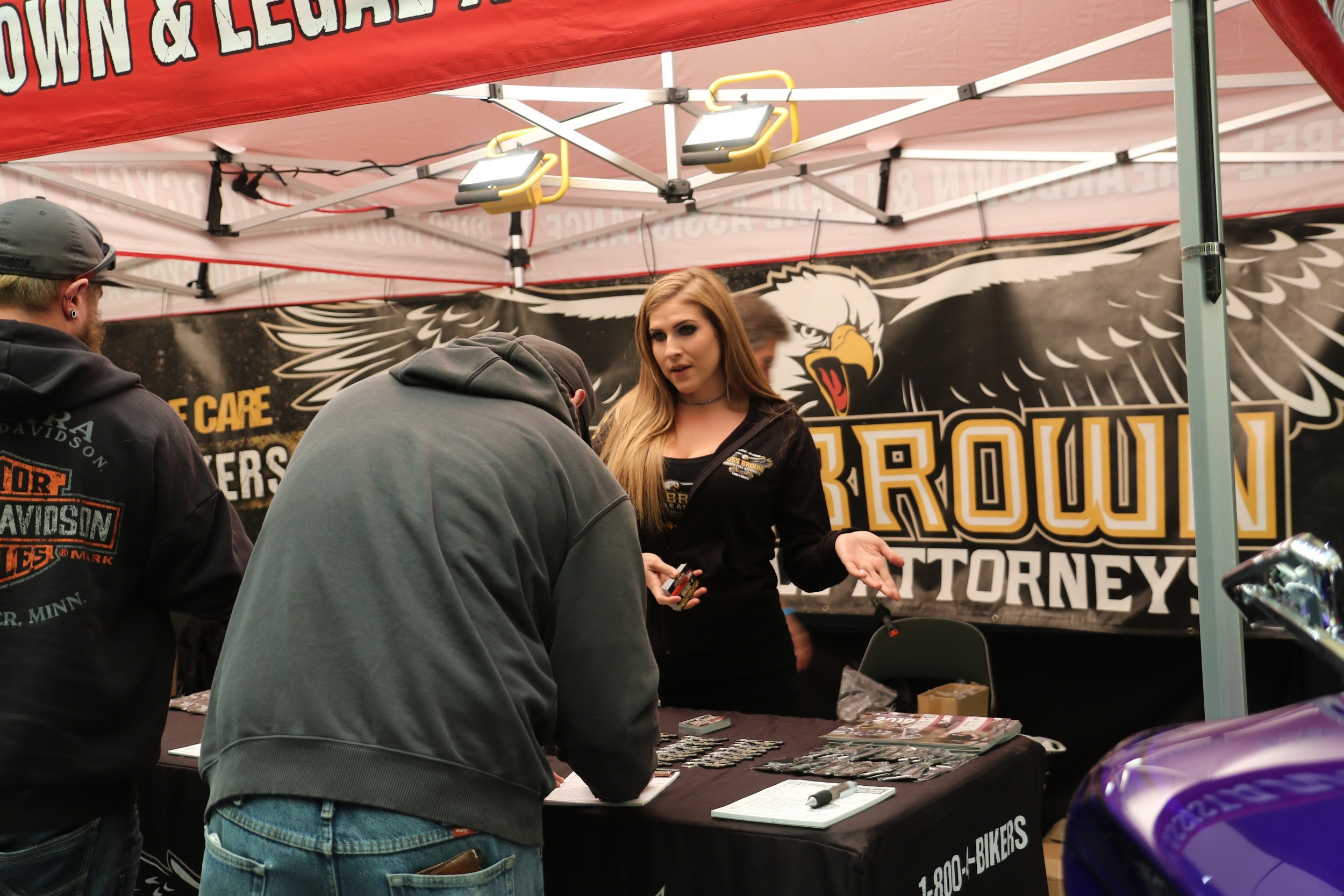 Rows of custom motorcycles line the red carpet – everything from choppers, vintage bikes, high-performance racers, and big wheel baggers. Viclas, mini bikes, and everything in between is parked neatly for you to check out. Builders of all sorts – from legendary customizers to those who pieced together a custom in their garage hang out so you can chat with them about their bikes. 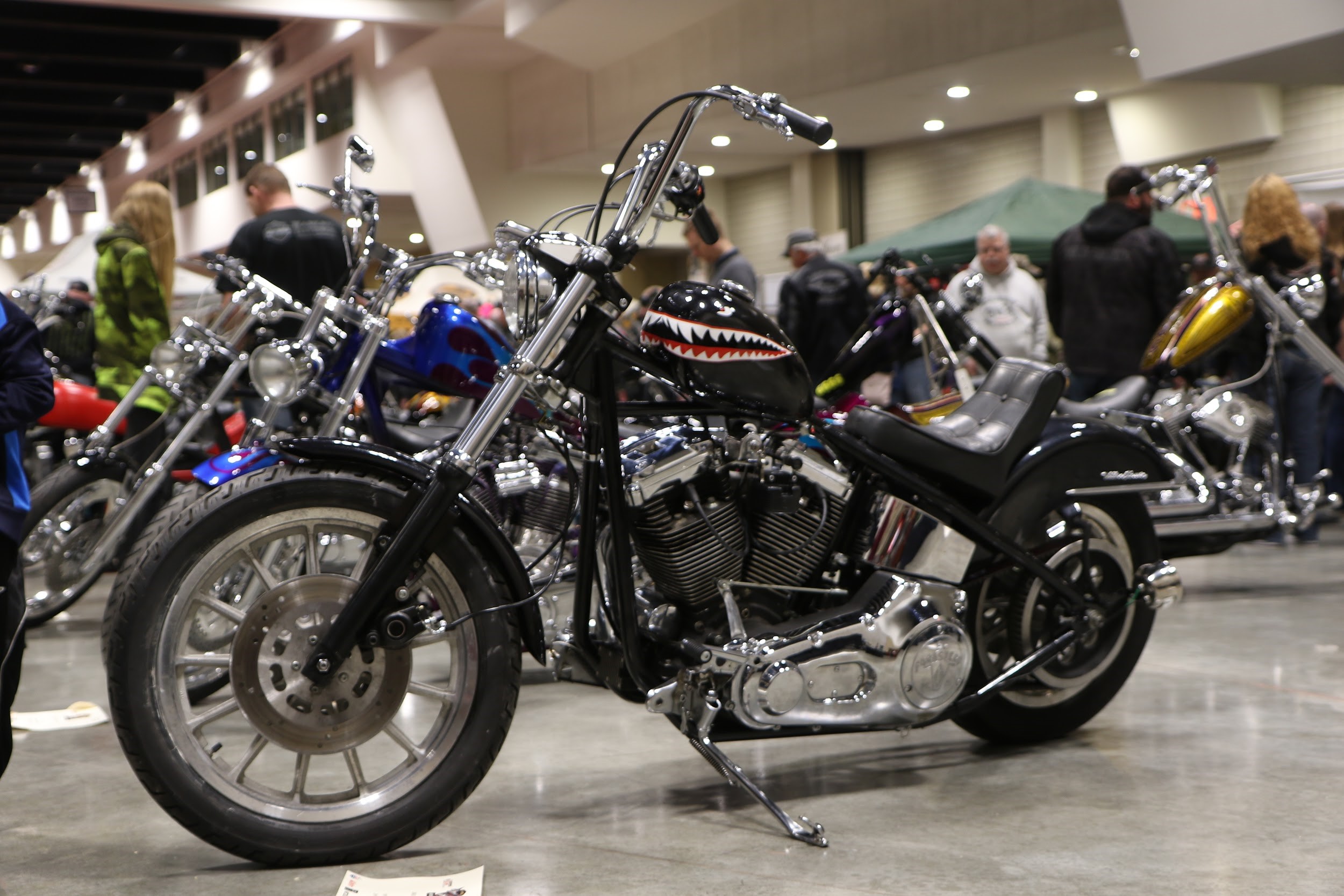 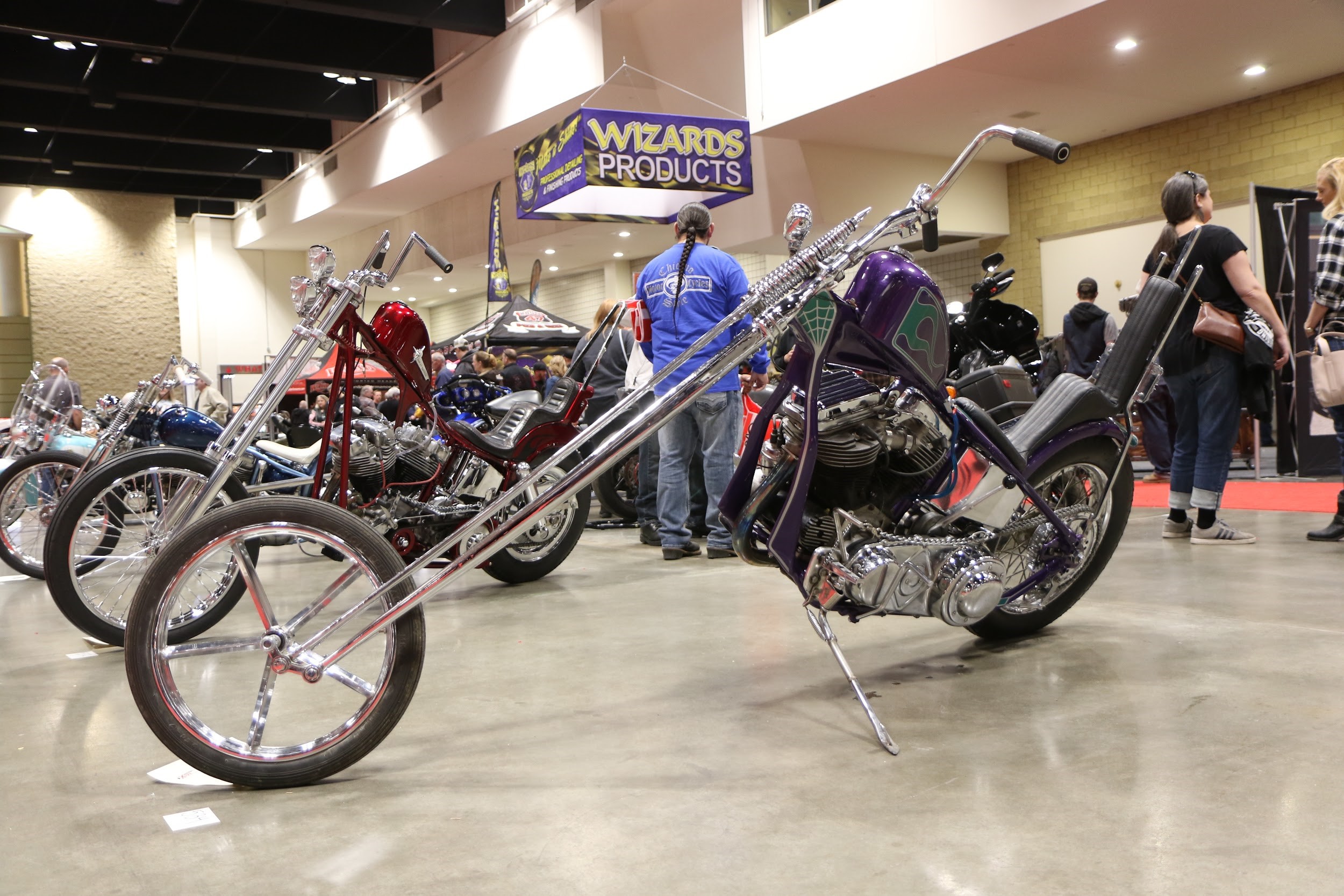 There’s plenty to check out – a favorite yearly is checking out Kevin “Teach” Baas and his high-school chopper class’ build – yep, a high school shop class that builds a motorcycle every year!
The show also encompasses the growing comeback of flat-track racing – the Friday night before the show brings the War of the Twins Indoor Flat Track Race. Happening at the Lee & Rose Warner Coliseum located on the fairgrounds, it brings back the indoor racing scene from the same venue, some 40 years later.  Motorcycles of all sorts – from tiny single cylinder thumpers to 750cc + hooligan racers take to the track to win the checkered flag. 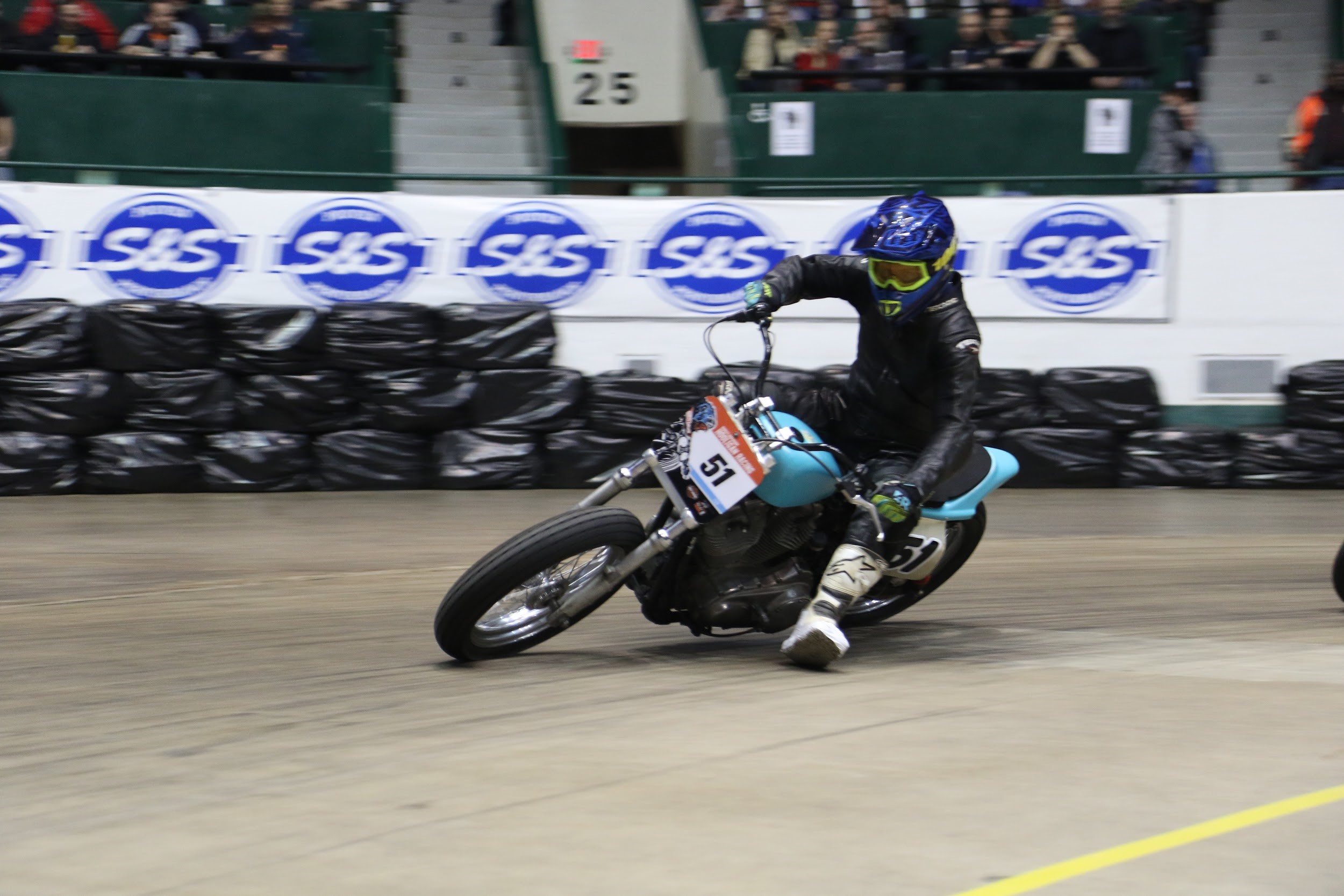 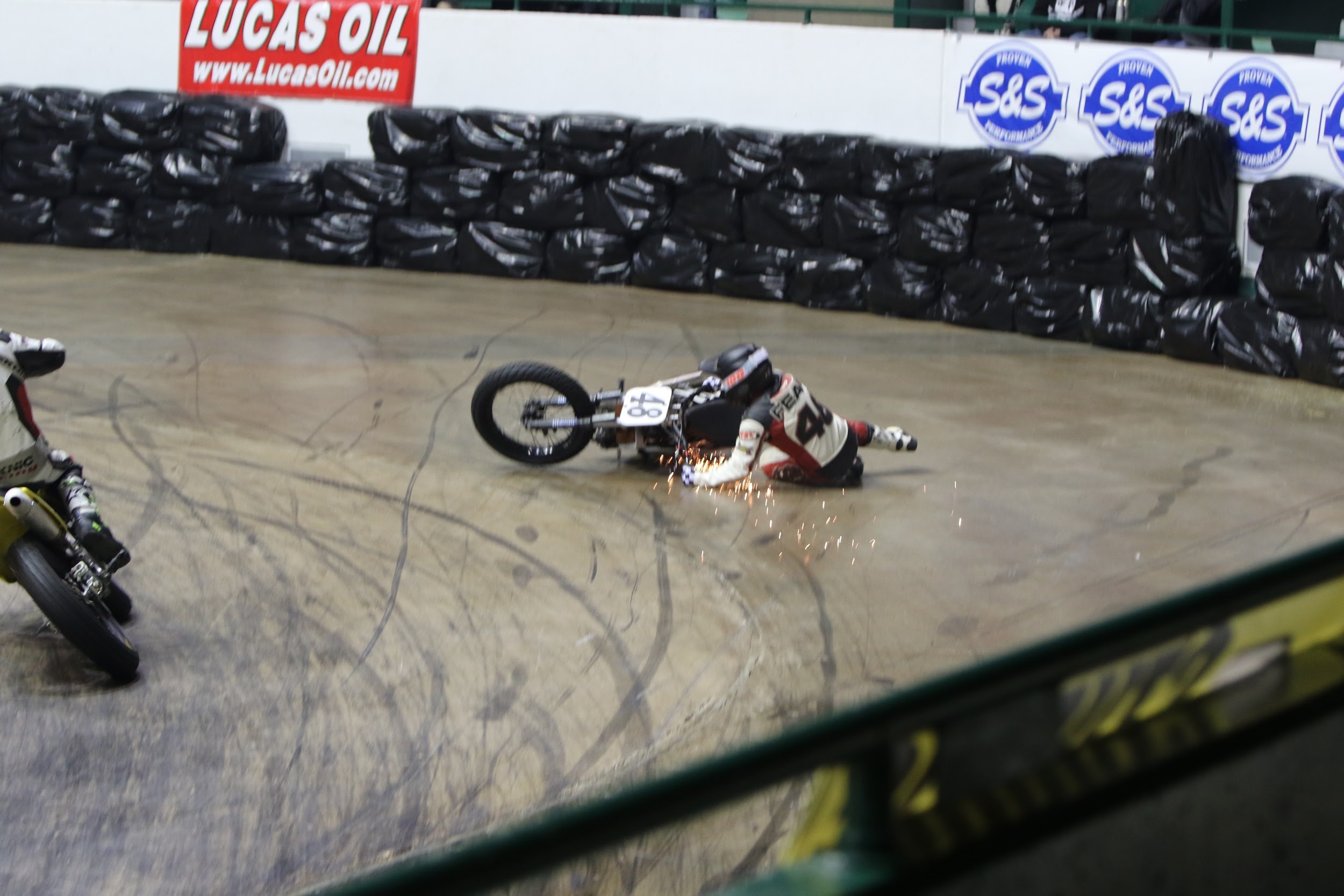 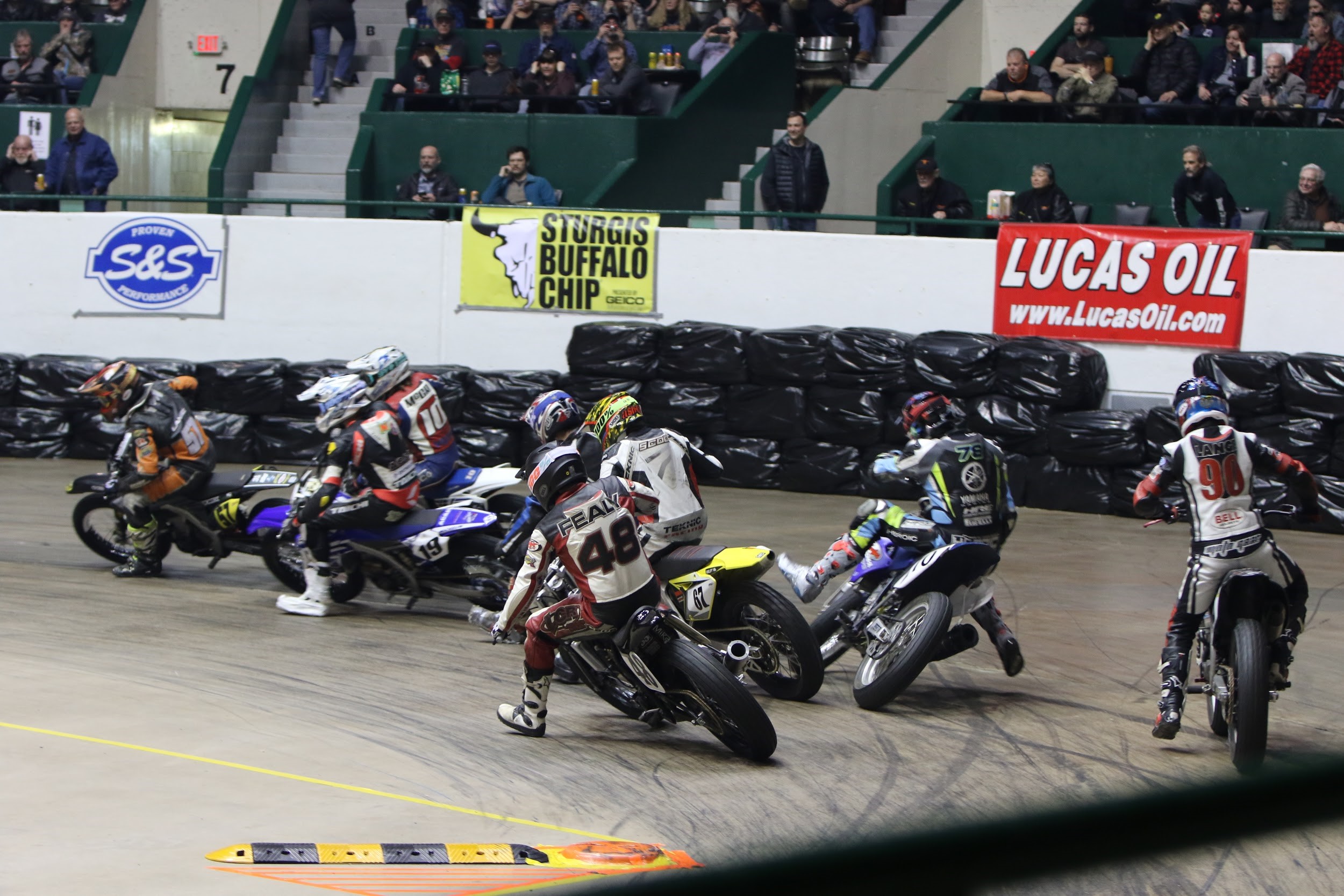 The thrill of flat track is being realized by audiences once again, who cheered on their favorite racers as the took the left turns, vying for the “hole shot” – being the first person to make the corner, often resulting in a win.
Be sure to check out the Donnie Smith show if you’re ever in Minnesota – it’s the perfect start to the riding season in the Midwest! 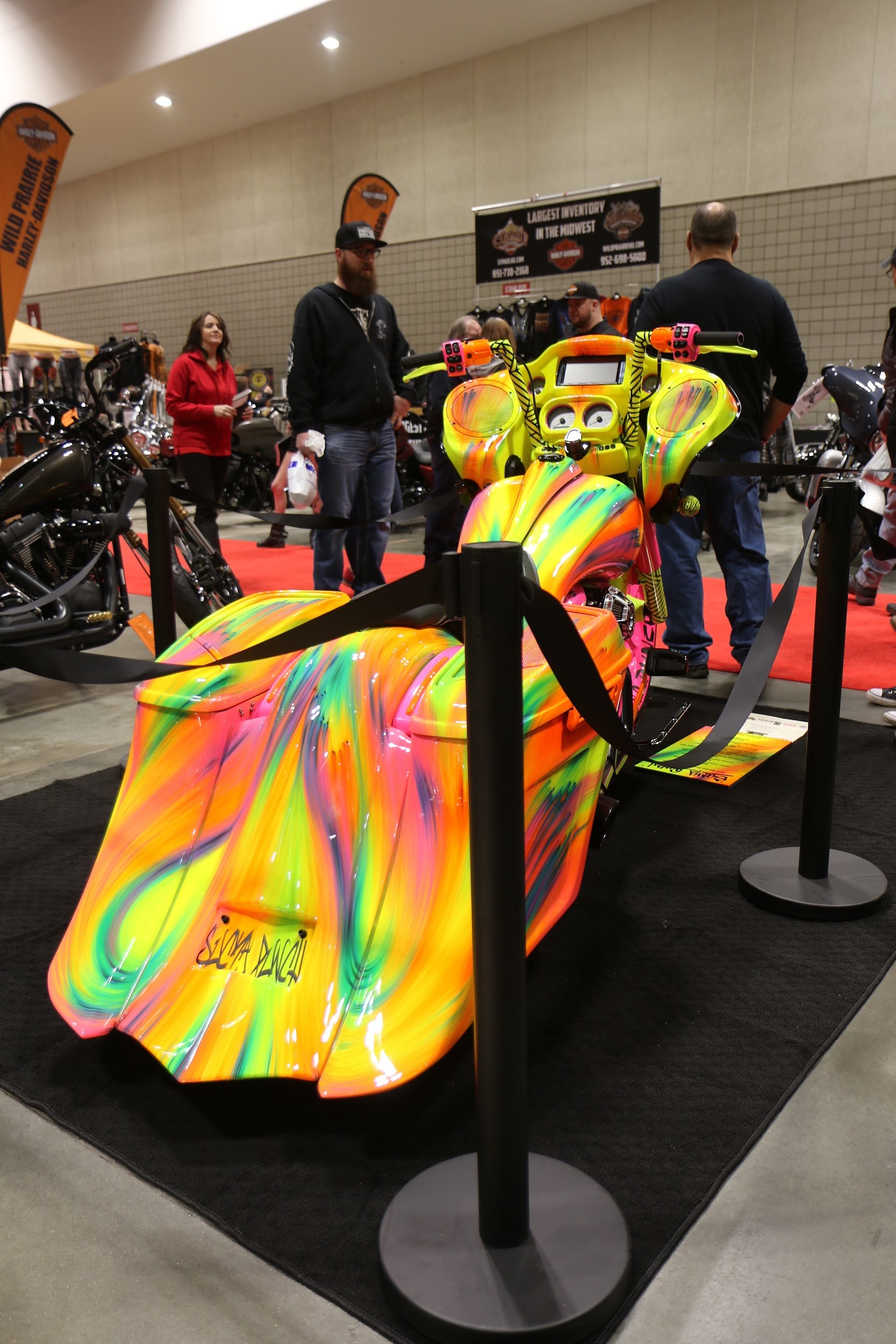