The Rolling Thunder® Inc. Mission to Help POW’s and MIA’s 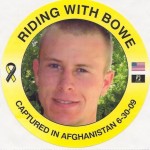 Russ Brown Motorcycle Attorneys®;  As a follow up to our recent blog on the Rolling Thunder® Inc. Ride for Freedom, we felt the need to share more information about Rolling Thunder® Inc. and the current Prisoners Of War (POW) and Missing in Action (MIA) this incredible organization is trying to help.

Rolling Thunder® began in 1987 when two Vietnam veterans, Artie Muller and Ray Manzo came together to discuss their concerns about the sightings of Americans who were reportedly alive and living in captivity. During Memorial Day weekend in 1988, many of these men along with their friends, families, and fellow veterans came together to form a First Amendment Demonstration Run involving approximately 2,500 people in Washington D.C. This motorcycle demonstration became known as the annual “Ride for Freedom” and this year marks the 25th anniversary of the event. Today, the number of spectators and participants in the annual “Ride for Freedom” has grown to an estimated 900,000. Rolling Thunder® Inc. was incorporated in 1995 as a non-profit organization and now has more than 100 chartered chapters throughout the U.S. in addition to a separate charity, Rolling Thunder® Charities, Inc., that provides financial assistance to veterans, active military personnel, and their families.

All members of Rolling Thunder® are united in the effort to bring full accountability for all POWs and MIAs and to make sure they are not forgotten by the government or media. Their mission can be summed up in their watchwords: “We Will Not Forget.”

Several military personnel remain unaccounted for in Iraq. Here is information from Rolling Thunder’s website on the currently known POW/MIAs in Iraq and Afghanistan:

Rolling Thunder® recently sponsored Sgt. Bowe Bergdahl, US Army (POW) Week of Action & Prayer the last week of January. In an effort to increase awareness of the number of weeks Sgt. Bergdahl has been held captive, supporters of Sgt. Bergdahl sponsor “Bowe Tuesday,”because he was captured on a Tuesday.

For more information regarding the Rolling Thunder, the Ride For Freedom on Memorial Day Weekend and the effort to bring Sgt. Bowe home, see:https://www.rollingthunder1.com/