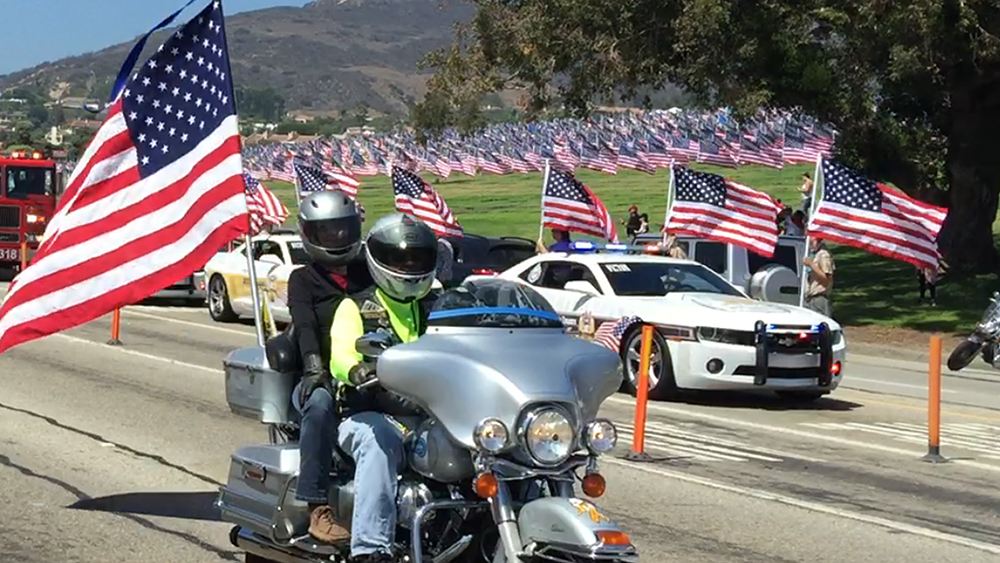 Bobby Colella served in the infantry for 21 years and spent much of that time overseas helping protect citizens of other countries from threats of brutal dictators. He fought in Operation Iraqi Freedom in 05-06, in Ramadi and Fallujah, and Baqubah in 07-08. Bobby says, “I knew I was forfeiting my personal freedoms as an American to protect and preserve our civil liberties and freedoms on the home front – and like many of you, it was a sacrifice I was willing to make for the greater good of our nation.”
Upon leaving the Army in November 2010, Bobby found himself trying to find his place in society. He met and joined the Bikers for Christ Motorcycle Ministry where the pastor was a Vietnam veteran that Bobby easily connected with. Soon after becoming a member, Bobby and his pastor were denied entrance to a motorcycle event because they were wearing motorcycle colors. Bobby was shocked, describing “a moment of enlightenment that came in the form of a simple ‘No Colors’ sign…. I was denied access to an event simply for what I was wearing. It turns out that the freedom I thought I was fighting for was a myth, especially when it came to the First Amendment and freedom to express yourself….This wasn’t the America I fought for, and it certainly wasn’t the America our brothers, fathers, uncles and friends fought and died for either.”
Unfortunately, Bobby’s experience is not unique among returning veterans. In fact, a majority of Veteran motorcycle club members have been denied access to public accommodations in this way at home after devoting themselves to fighting for the freedom of expression and association. According to the NMPS, there are an estimated 934,000 members of Veterans motorcycle clubs and almost every motorcycle club has veterans even if they are not a military club.

According to the National Motorcycle Profiling Survey 2015-16, a majority of members of military Veteran motorcycle clubs have been denied access to public accommodations, both private and publicly owned. Veteran clubs have also been the victim of massive police surveillance at public events, many being harassed. Some events involving Veterans have been completely shutdown.

Discrimination against Veterans is intolerable and inexcusable; most Americans, and most law enforcement officers, would likely agree. Veterans have sacrificed their own freedom and in many cases risked their lives so that other Americans could enjoy basic civil liberties such as those embodied in the 1st Amendment.

But when these same Veterans express their pride/status through association with a motorcycle club, many people, including those in law enforcement, allow an outdated biker stereotype to control their perceptions and actions. Their Veteran status is no protection against infringement of their civil liberties at home. 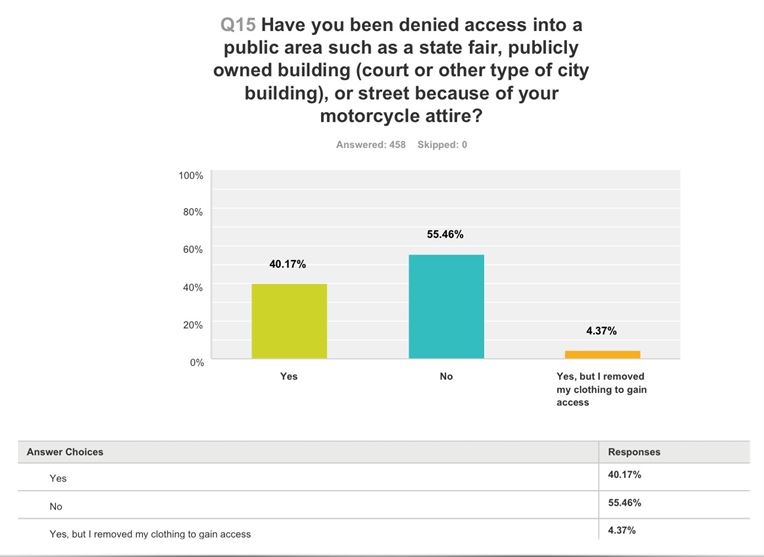 VETERANS REPORT THAT MANY ESTABLISHMENTS ARE COERCED AND THREATENED BY AUTHORITIES TO DENY ACCESS. 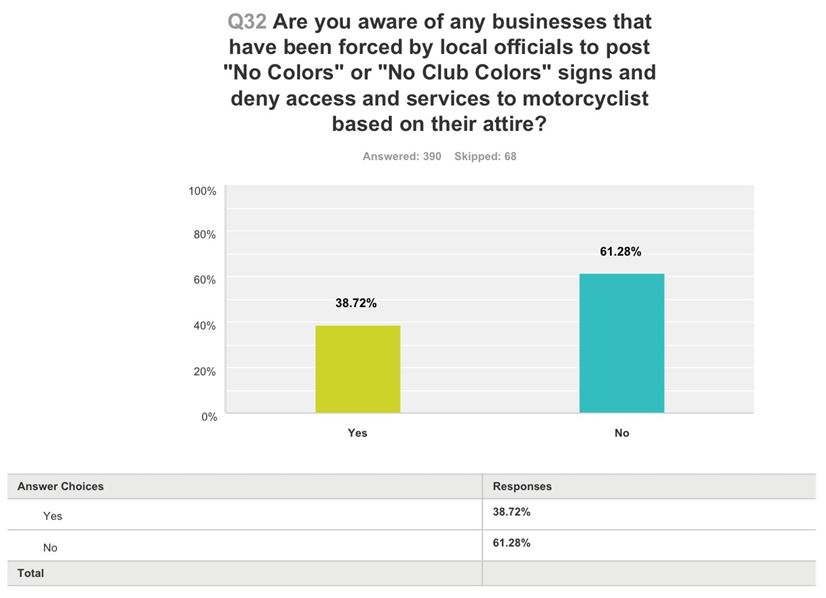 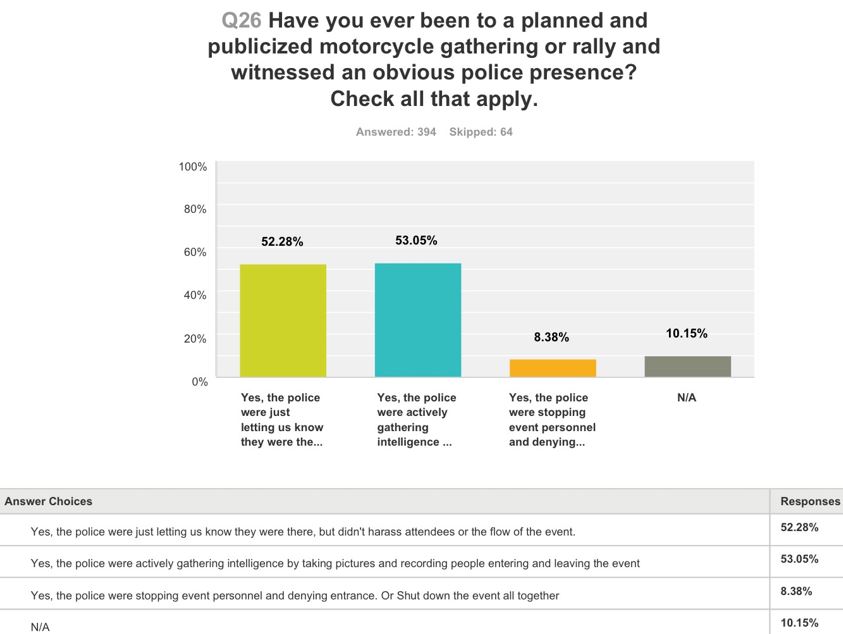 Discrimination against motorcyclists is an epidemic in America demanding legislative relief. Considering the high concentration of Veterans and Veteran clubs in the two – wheel community highlights the power of inaccurate stereotypes and their ability to overwhelm civil liberties.

The rights of a Veteran to express their service on clothing or through associations free from discrimination shouldn’t be a matter of debate. A simple legislative solution guaranteeing a person wearing motorcycle or motorcycle club-related paraphernalia access to all public accommodations would immediately solve the problem.

State and federal elected officials should pay attention to these trends. 91% of all Veterans that ride motorcycles are registered and active voters. Policies that guarantee access to public accommodations may be a good way to earn the Veteran vote.