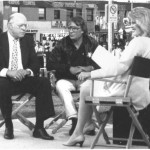 Its official! If you head to the Sturgis Buffalo Chip during the motorcycle rally in South Dakota this August, you may just find yourself cruising down Russ Brown Drive. The Buffalo Chip Campground is expanding its site to make room for the highly anticipated CrossRoads and Sturgis Rider Café® and they have chosen to name one of the new roads after our own motorcycle attorney Russ Brown. Russ Brown Drive will take motorcyclists from the CrossRoads and Sturgis Rider Café® into the Legendary Sturgis Buffalo Chip where some of today’s hottest acts will be performing on the main stage. Shinedown, Adelitas Way, Saving Abel, Buckcherry, Boston, Journey, Eric Church, Sugarland, Lynyrd Skynyrd, Finding Clyde and many more. The Sturgis Buffalo Chip chose to honor Russ Brown for all the work he has done for motorcyclists across the country, not only as a lawyer, but also through the creation of BAM, his free roadside and legal assistance program and his endless advocating for bikers rights.
Since 1975, Russ Brown has been serving motorcyclists across the country. As an avid motorcyclist and exceptional lawyer, it was no surprise that Russ chose to combine his two passions to fill a niche in the legal community. As an exclusive motorcycle accident attorney, Russ has successfully defended the rights of motorcyclists who have been injured in motorcycle accidents across the country. Russ has also been an advocate for motorcyclists and motorcycle rights. He has been legal counsel for numerous motorcycle organizations and clubs and was on the front lines in the fight against mandatory helmet laws in California which included a national debate with Assemblyman Richard E. Floyd on NBC’s Today Show with Deborah Norville.
In 1982, Russ Brown realized that providing legal assistance to injured motorcyclists just wasn’t enough; he wanted to protect them and offer them assistance even before they were injured. As a result, BAM was born. BAM initially stood for Bikers Against Manslaughter but now stands for Free Breakdown and Legal Assistance for Motorcyclists and since its inception, BAM has been helping riders across the country with free breakdown and legal service. With over 1.5 million members, BAM remains the nation’s largest network of motorcyclists helping motorcyclists and each month at rallies across the Nation and online more members are joining.
Russ Brown Motorcycle Attorneys® are honored to be a part of the Sturgis Buffalo Chip Campground and look forward to being there each and every year.
For more information on how to join BAM call 1-800-4-BIKERS  or check it out online.
To check out the great concert lineup and events for the Sturgis Buffalo Chip head to https://www.buffalochip.com