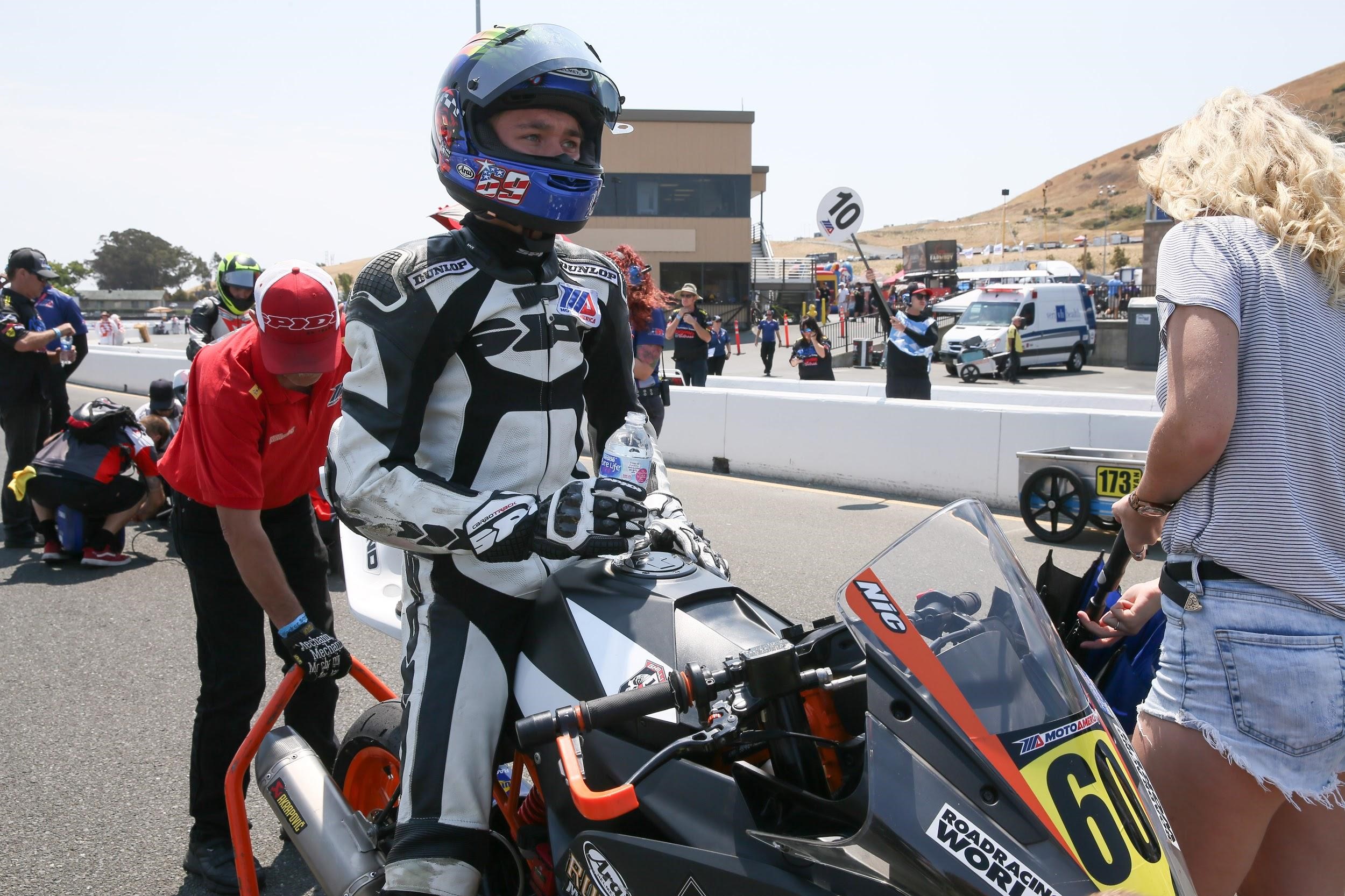 I was excited to go to Sonoma because I knew my bike was more suited for this type of track. I got to walk the track with Josh Hayes and the Yamaha boys and I tried to soak up as many tips from the champ as I could because I’ve never been to Sonoma before. First practice was fun, the track was slick from all the dirt and Sheep poo on the track (They use Sheep as lawn mowers). I ended up 16th in that session which was not bad at all for my first time there while the local boys topped the charts.
First Qualifying did not go the way I wanted, I went half a Second faster but focused too much on lap times. I sucked the fun out of that session and was too focused on going faster which slows me down because I was rushing everything. I ended up 22nd in that session but got DQ’ed due to an electrical error in my QuickShifter. They limit RPM’s using the Quickshifter and they could not read my RPM from that session even though the Quickshifter and Limit were working. Can’t thank Dustin Apgar and my dad enough for working hard to get it fixed. Big thanks to Motoamerica as well for staying late to get me cleared for next qualifying. 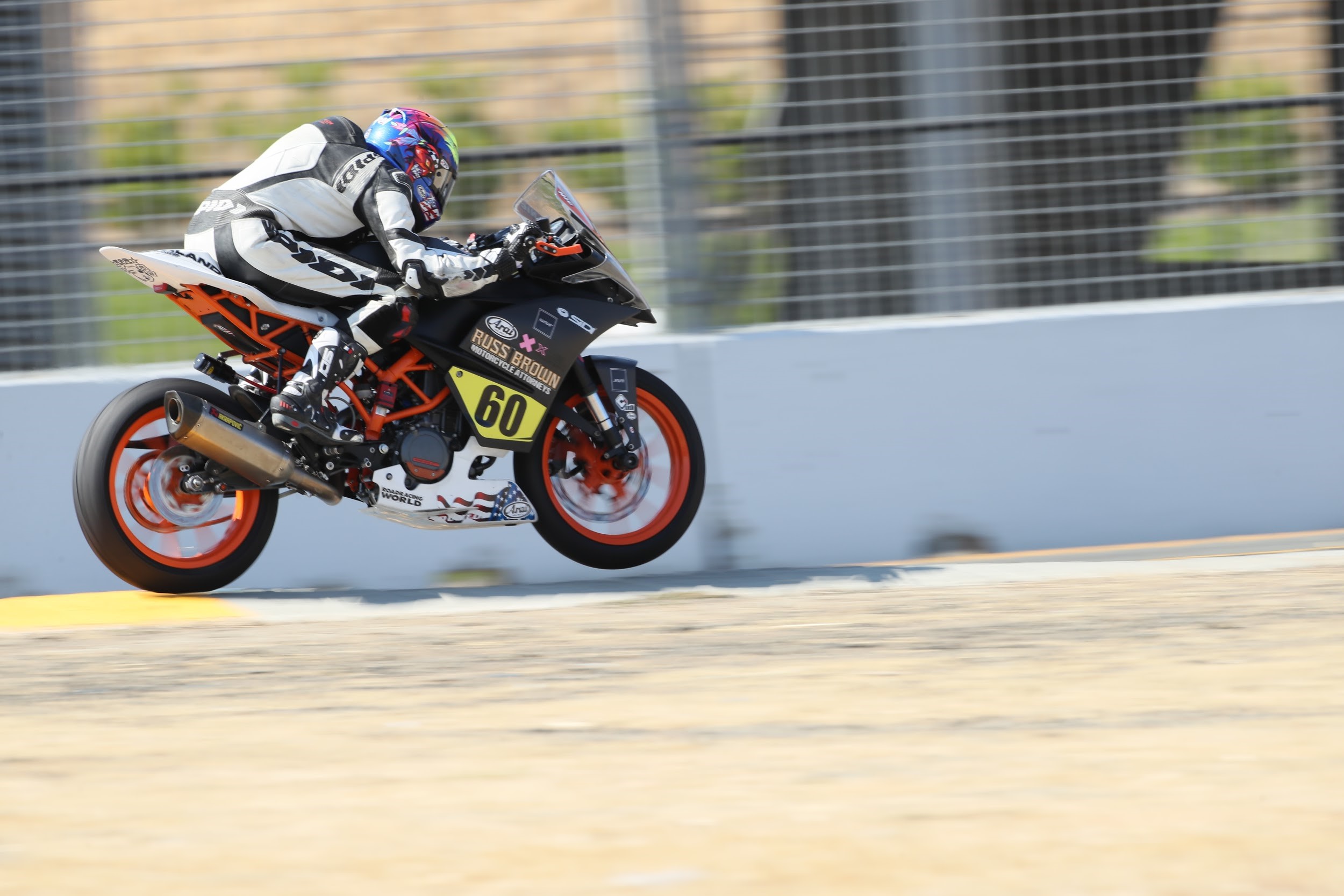 As I went out for qualifying two I focused on enjoying myself and hitting my marks, I ended up dropping two seconds which I was happy with. However, everyone else found some speed as well and mid-pack was Super tight in lap times. So that put me 23rd on the grid.
On the First race, I got a great start, I passed about 6 guys on the outside of turn one and dive bombed one going into turn two. It put me in a great position to make moves in the race to get inside the top 15. The first few laps where very hectic as there are not many passing opportunities at Sonoma so a lot of riders were desperate to pass including me. Around the last two laps, I started to fade back a little. I was on the same tires I ran for Qualifying and I was starting to lose rear grip. I ended up 17th just behind my buddy Trevor Standish who snaked me for 16th place (Darn it lol).

I decided to do the same turn one plan for race two. However, Other people got the same idea and turn one and two ended up being crazy. I was pushed wide in the slick part of the corner. I was about 2nd to last going into two. I made a few passes but got stuck in a battle for 21st. As the final two laps were coming around I was getting ready to make my pass to lead the pack I was in and a red flag came out due to a bike in the racing line so I had to settle for 23rd.
Overall it was a good weekend, we didn’t get the results I know I we can get with all the hard work we have been putting in but got some valuable experience at a tricky track and I’ll have that advantage next time I come back. We kept it on two wheels and got faster every time out. It was fun to see my friends and have a good time in the beautiful Northern California weather. I honestly do not know if that was my last race on the Old cup bike, but I’m looking forward to what next season offers and a new adventure in my career awaits!