Summer Hoover: The Commander in Chief Behind Roland Sands Design

Roland Sands Design has become synonymous with the motorcycle design industry. The main face behind the brand is the famous Roland Sands, but who is Summer Hoover? She is the one who is at the back end strategizing how the business works. She is also Roland’s sister.

As the commander in chief responsible for Roland Sands Designs, Summer Hoover does not just wear many hats — she wears several helmets, each with its distinct purpose. From her role as the brains behind the marketing to her constant involvement in event planning to her work at the helm of Super Hooligan racing, a prolific flat track event. Summer has been able to complete it all while being a full-time Mom. The endless tasks Summer has taken on during her tenure with Roland Sands Designs seem too big for one woman — or at least they would be for most people. Let us find out more about the female who has been a tremendous asset in helping run one of the motorcycle industry’s most decorated brands.

Russ Brown Motorcycle Attorney: Tell us about your beginnings at RSD?

Hoover: My beginnings at RSD. Roland and I worked for Performance Machine most of our lives. He was in the shop, I was in the office. My Dad took Roland under his wing and my Mom took me under her wing. We were looking at selling the business. But before that, Roland had started designing products for Performance Machine, but they were a little bit different than the product line that they were currently doing. And so they were a little edgier. They were black, they weren’t Chrome. In probably 2003, or 2004, they started marketing him as a designer. It got the eye of some distribution and they said, “Hey, you know, are you guys willing to distribute this product?” And he went, “Oh, well, I’m a brand, I was a racer”. Roland Sands Design [started], he sketched his name and created the name [brand]. 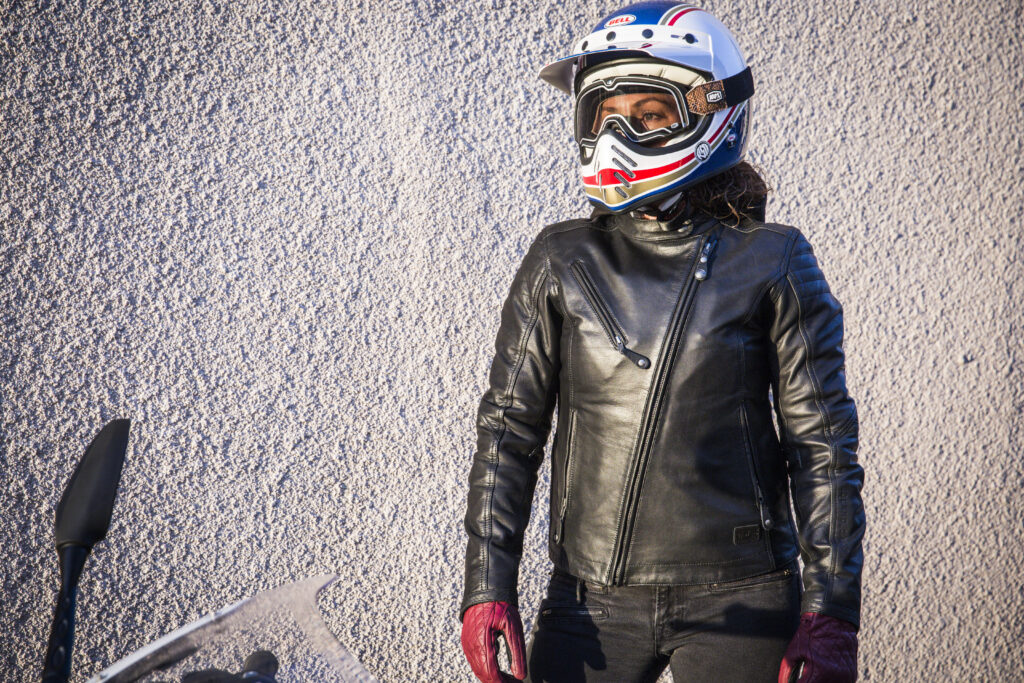 Russ Brown Motorcycle Attorney: Tell me what you love most about the motorcycle industry?

Hoover: I love a lot of things about this industry. Probably number one is, it’s a passion industry. People are here because they wanna be in it. They’re a fan of motorcycles. It’s what they find drives them.

Russ Brown Motorcycle Attorney: Growing up around motorcycles and working with your family at Performance Machine, what is the best advice you got from your family to succeed in business?

Hoover: I think the biggest motto with our family is work hard, play hard. So that’s one of the key things that both of our parents taught us.

So I think that they ingrained that work ethic side of things, into both Roland and I, but yet still being able to balance out your life and going and having fun too. Caption: Summer with her two sons, her brother Roland and their Dad Perry (Photo: Owned by Roland Sands Design)

Russ Brown Motorcycle Attorney: Working with a renowned brand, what’s the most important step to getting a brand name in the mainstream?

Hoover: I think in this day and age, it’s a lot about content. So in order to be seen by people, you have to have different sorts of content coming in, but also having the product or something to sell to back that content up with. In other words, there’s a lot of digestible content. People are looking at Reels or looking at YouTubes and swiping and moving forward. But being able to offer them something new or different or being able to go past the swipe or past the Reel viewing to put something in their hands. Whether that’s a jacket. Whether that is a grip for their motorcycle or an experience at one of our events, it solidifies the brand in all different genres of motorcycles.

Russ Brown Motorcycle Attorney: What are some cool things you are working on at RSD that people would want to know about?

Hoover: We did a full race program in 2022 [Super Hooligan]. So hopefully with 2023, that’ll bring a further extension of that program. Then King of the Baggers racing as well. Racing a bagger with MotoAmerica is a big component of the year. We’ll look at doing another Moto Beach [Classic] as well to see what that looks like. Just coming off of the Moto Beach with Red Bull Straight Rhythm was an insane experience, with sold-out crowds. It was a really positive feeling — [a] positive response that we’ve gotten from everybody. So hopefully we can do something like that again in 2023. And then we have product lines in the works, too. We have a new apparel line coming out and then a continuation of our sector product line for motorcycle accessories.

Russ Brown Motorcycle Attorney: Moto Beach Classic has been a success since its launching, what has been your role in this event?

Hoover: Overall, probably event coordination on the Moto Beach [Classic] side. This year, we just did it with Red Bull Straight Rhythm.

So really from my standpoint, vendors and sponsor relationships, making sure everyone’s happy, and then the general logistics to make sure that everything is being moved in and moved out in the proper way. And then from having experience for so many years — just literally keeping my eyes peeled for anything and everything that doesn’t look like it’s gonna happen right. 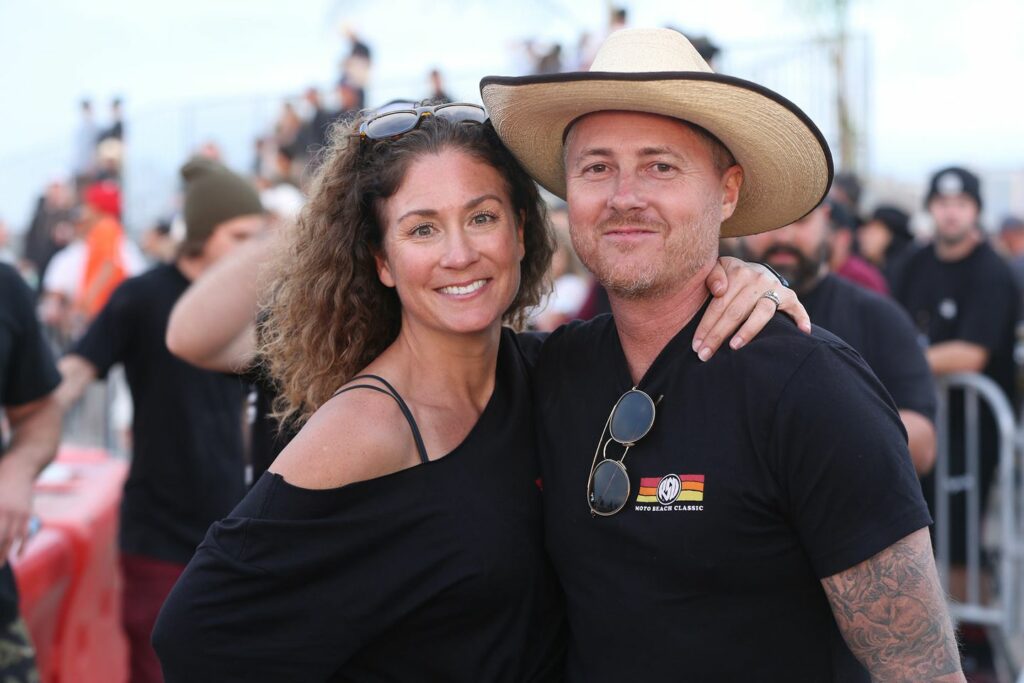 Russ Brown Motorcycle Attorney: Are you riding anything these days? If so, what kind of bike?

Hoover: I’m a Mom full-time to two boys, nine and 13, that are in all the sports activities. I work full-time here. To say that life is busy is an understatement with two older kids. So I’m not on the street anymore. I think the last time I rode, I was on a Harley Sportster. It was about two and a half, three years ago. But I’ve been dirt biking since.

But I need to get back on the street. It’s been too long because I do absolutely love it! Russ Brown Motorcycle Attorney: Are there any words of advice you would give to someone wanting to kickstart themselves into the motorcycle industry?

Hoover: I would say get involved in the industry. A great way to do that is through motorcycle clubs and rides.

If you need motorcycle parts or new riding gear, visit the Roland Sands Design website to see Summer’s behind the scenes work in play. Also, follow the company on Instagram to keep up-to-date with Super Hooligan racing and events. Ride safe, and thanks for reading!